Brendan McGovern carded his second consecutive round of 70 for a four under par total to sit in second place ahead of the final round of the Travis Perkins Masters on the European Senior Tour at Woburn.

The Headfort professional is chasing his first win on the Senior circuit since winning the European Senior Tour Qualifying School in February and lies just three shots back from American Clark Dennis on seven under par.

“I’m happy with that,” said McGovern. “I had a good finish with a birdie on 16, and I hit a good shot into the last. Even though it was a short putt it was difficult.

McGovern has teed it up in seven Senior events this season and has earned €29,928 so far and sits in 30th place in the order of merit. The Meath man is all too aware that he needs to finish inside the top 20 in the end of season rankings to avoid another trip back to Tour school next February. A win tomorrow would take care of everything and McGovern certainly seems comfortable around the Dukes course at Woburn.
“This is my favourite golf course out of all the ones we play on. It’s a top-quality course and I need to keep doing what I’m doing out here.” Added McGovern.

Three strokes ahead of McGovern is American Clark Dennis who fired the lowest round at the Travis Perkins Masters since 2012, a seven under par 65.
The Texan, who like McGovern earned his European Senior Tour card at Qualifying School in February, started the day on level par but quickly made a move as he birdied the first and fifth holes to make the turn two under.

Gains on the 11th and 12th holes were followed by birdies on the 14th and 15th holes, before making his seventh of the day on the 17th.
“No bogeys around here is a feat,” said Dennis. “It’s difficult to go around this course without a bogey. I putted nicely, and drove the ball well, which you have to do here. If you drive the ball well you can shoot a low score, but it’s still a challenge.

“Yesterday, I was a couple over with a few to play and birdied 16 and 17 – so I was pleased to get in at level par. This is the kind of course where you are never comfortable. You can get into trouble on every hole, so you have to be really aware of what you’re doing.

Despite shooting the lowest round at this tournament since Mark James’s second round in 2012, Dennis is not getting ahead of himself.

“There’s no breathing room on this course,” he added. “Anything can happen tomorrow. I just need to hit the fairways and myself in the right position.” 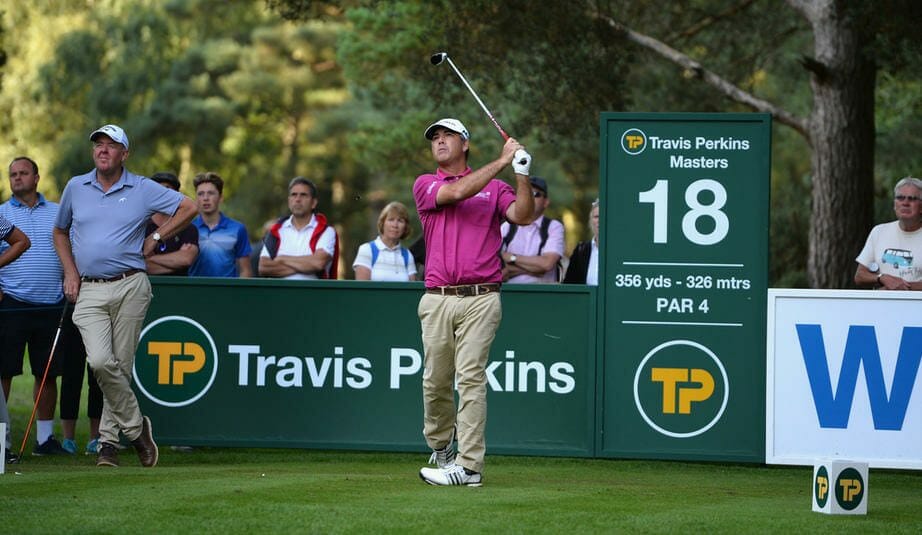 “I played pretty well but I have done the same on both days,” said Gilford. “I have played well up until about the 12th or 13th and then struggled after that.

“Hopefully I can finish a bit better tomorrow. It was a beautiful day today. There are always good crowds here at Woburn, so it’s been great.”

Carl Mason, the record winner on the Senior Tour with 25 titles to his name, is sixth on two under par, one stroke ahead of 2016 Rookie of the Year Magnus P Atlevi and former Ryder Cup Captain Ian Woosnam.