Confident McIlroy Boston bound with a hot putter in his bag 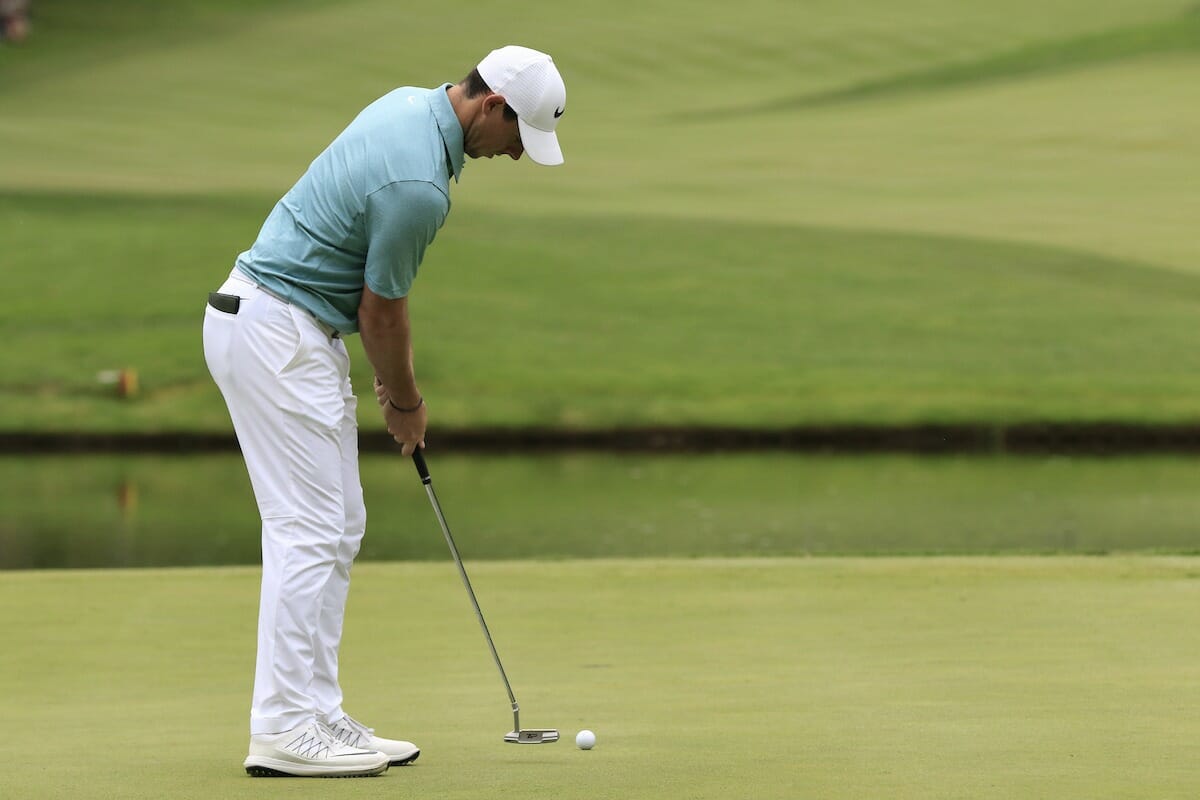 Rory McIlroy will head to the defence of his Deutsche Bank Championship on the outskirts of Boston later this week very confident the smallest club in his bag is not his biggest concern.

With a round to contest in the Northern Trust on New York’s Long Island the World No. 4 trails in an uncharacteristic share of 34th place at one-under. McIlroy recorded just 26 putts on day two and then on day three he needed just 27 putts. This hot streak with the putter comes on the one-year anniversary of McIlroy turning to work with Phil Kenyon.

McIlroy may be trailing leader Jordan Spieth by nine shots but  the current FedEx Cup champion is near the top of the putting stats this week and very positive about his trip back to Boston later this week.

“My best memories in winning last year in Boston was being four-over after just three holes on Thursday and to come back and win was very special,” he said.

“I had battled well the first day to then get back to level par and that was all because I found something in my putting.

“It was tiny little grip thing in my right thumb and instead of resting it on the side of the putter, I moved it to on the top of the putter and that is the only thing I thought about all week, and I just got going from there.

“I shot 66 and then a last day 65 over the weekend so that was one of the nicest wins of my career, and given whereI was after three holes on the first day.”

McIlroy’s Long Island third round was a mix of four birdies but also three bogeys. However, he’s quietly confident there is a five-under effort in his bag heading to todays final round.

“I am still trying to find my timing and it’s very in and out,” said McIlroy.

“There is some good in there but just a bit of inconsistency as you’ve seen out there. There’s some good stuff, some bad stuff, and just sort of trying to hang in there, battle away, and under par, 1-under, is a fair reflection of how I played today

“So, I feel if I combine all the good stuff from Friday and today (Saturday), and also hopefully over the final round here, to take to Boston,” said McIlroy.

“I feel as though if I could shoot 65 out there I could get myself well up the leader board and feel a bit better about myself going to Boston.”