Moynihan loses ground on day two of the Rolex Trophy 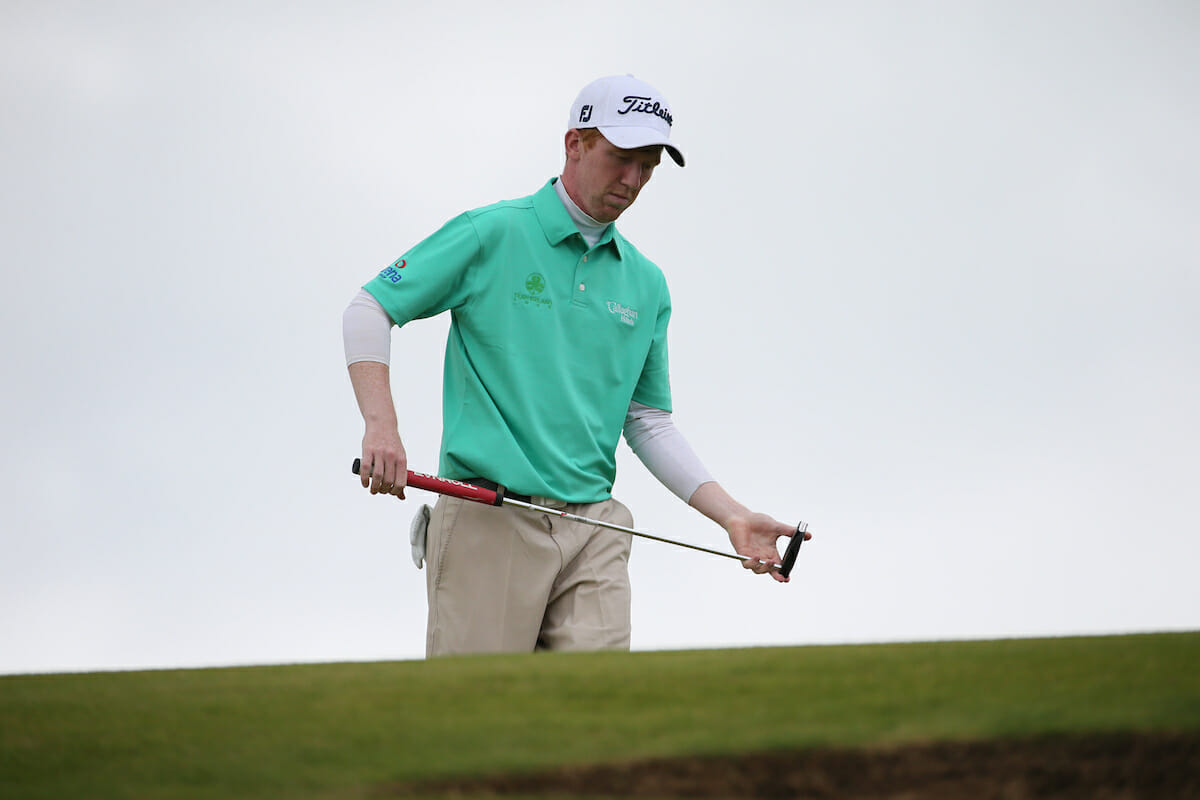 Team Irelands Gavin Moynihan carded a level par 72 to drop back to a tie for 18th after day two of the Rolex Trophy at Golf Club de Genève.
​
On a day for low scoring with all but 13 players in the field of 42 breaking par Gavin Moynihan Moynihan lost valuable ground on the leaders in Genève. Moynihan carded two birdies and no drop shots on his front nine to get within touching distance of the lead but a disappointing two over back nine halted the Island professionals momentum.

With no halfway cut the top 42 players on the Road to Oman are taking part in a pro-am format, unique in the Challenge Tour season. Moynihan was the only Irish player to qualify as he sits in 27th in the Race to Oman rankings hoping to push closer to the magic top 15 who will earn their 2018 European Tour cards.

At the top Borja Virto moved into the outright lead after  carding a second successive round of 66 to top the leaderboard on 12 under par at Golf Club de Genève.
The Spaniard shared top spot after Round One but, for the second day in a row, six birdies and an eagle outweighed a couple of dropped shots as he finished one shot ahead of Adrien Saddier.
Virto, twice a winner on the European Challenge Tour on his way to graduating in 2015, has had a mixed season so far and he is keen to improve on his Road to Oman Ranking of 51st.

“I’m feeling really good, really happy,” said the 26 year old. “My game was really good again and I had a nice finish, with an eagle on the eighth and a good two-putt on nine after over-hitting the first one.
“I actually played really well today again, similar to yesterday. I had a good start, holing a bunker shot on the 11th for a birdie, and I just played really steady for most of the round.
“I’ve been hitting the ball pretty consistently all week, which is important on a course like this because if you’re in the trees or even just not on the fairway you can put yourself in a lot of trouble.
“I’ve been hitting a lot of fairways and greens and that’s been giving me a lot of birdie chances and I’ve been making a few of them, so that’s really been the key.

“My Ranking isn’t that good but I don’t feel like I’ve really focused 100% on the Challenge Tour this year, and I’m actually feeling quite comfortable when I’m playing on the tour.
“I think if I get another couple of good finishes I’ll have another chance to graduate from the Road to Oman – something similar to 2015 would be perfect, a couple of wins maybe!”
Virto’s nearest challenger is Saddier after the Frenchman fired the round of the week, an outstanding nine under par 63 that required only 29 shots on his inward nine after he started on the tenth hole.
The player who shoots the low round of the tournament wins himself a Rolex watch from the title sponsors and Saddier’s compatriot Julien Guerrier, the highest-ranked player in the exclusive 42-man field this week, would have been confident after his 64 today before Saddier’s afternoon delight.
Two shots behind, Dominic Foos, Lorenzo Gagli and Mikael Lundberg all share third place on nine under par.