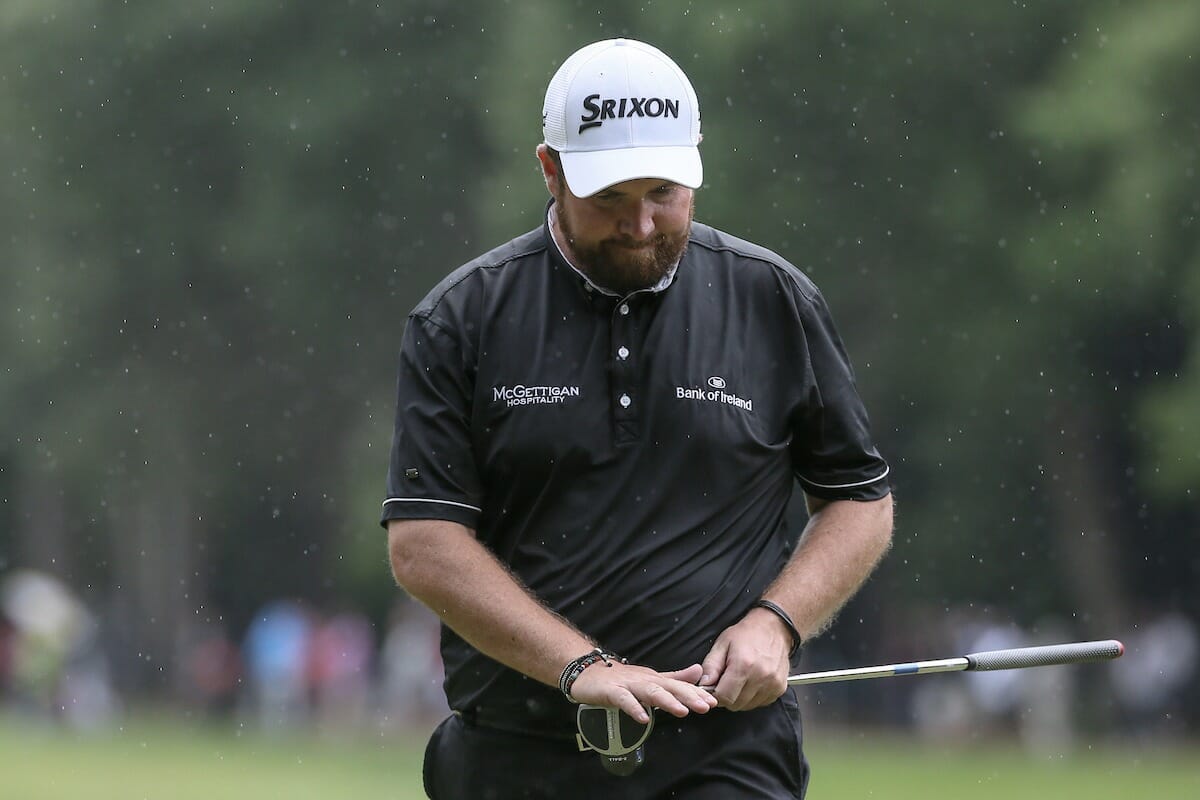 A bitterly disappointed Shane Lowry has vowed to pour all his energies over the next four months to get himself back inside the top-50 to qualify for the 2018 Masters.

For a second year running, Lowry is not headed to this week’s start to the lucrative FedEx Cup Play-Off Series on New York’s Long Island.
Last year it was by choice and instead electing to travel to Denmark in a last-ditch effort to qualify for the Ryder Cup.
However, on this occasion Lowry has missed out on breaking into the top-125 by finishing his year ranked 127th and just four Fedex Cup points outside of teeing-up in the Northern Trust field.

Lowry needed to finish T6th or better in Sunday’s conclusion to the Wyndham Championship in North Carolina and won in tournament record manner by super Swede Henrik Stenson.
The Clara golfer posted a second straight 67 to share seventh place at 15-under par.
While Lowry finished outside the top-125 he retains full PGA Tour membership for the 2017/18 season by virtue of his three-year Tour exemption in capturing the 2015 WGC – Bridgestone Invitational.

And while Lowry ended his PGA Tour year with his best finish he caused was not helped when his drive down the last at Sedgefield Country Club ended in a divot and then causing for his second to end short of the green.
“I am really delighted with how I played in Greensboro managing my best finish of the year but the annoying thing now is I have three weeks off and I don’t know what I am going to do”, he said.
“What I do know is that my main goal for the remainder of the year is to get my ranking back up into inside the top-50 and qualify for the Masters next year“
“So, that is my goal in the events I will play now and up until December.
“The good thing about Sunday was that coming down the stretch I felt a little nervous which was really good as I had not felt that way for some time.
“I hit some really good shots but then got very unlucky down the last hitting a great drive, and probably my longest drive all week, and my ball ended-up in a divot and I had a perfect number into the green.
“I thought walking down the last I had done enough but it wasn’t to be.

“So, looking back I can be proud of the way I played.  I shot a 64 and three 67s to be well in contention and it was nice to get those competitive juices really flowing again.
“But I would love to going to New York this week and given I have got some commitments the week of Switzerland it means three weeks off.
“Though the plus side if I have three quality weeks with the family”.
And as Lowry returned home he will have noticed he picked-up three spots to move back to World No. 80.