Today will see fingers furiously refreshing the live FedExCup projections, which seemingly shift with every shot. The final day of the PGA TOUR season is usually a stressful one, but this one seems especially tight. Nos. 125-129 in the projected FedExCup standings are tightly packed, and all five players will be on the course Sunday.

Unfortunately the season ended for Seamus Power last night due to a third round cut of the top-70 and ties progressing into the final day.
Power who was out in the second group of the day after just scraping the halfway cut at the Wyndham Championship moved to five-under for the event through eight holes and was pushing hard.
However he struggled over his inward nine recording four bogeys and a 15th hole double bogey in his score of 74 for a share of 83rd place at one-over.

Power went into the Wyndham placed 123rd on the FedEx Cup standings but as it stands he looks set to forfeiting his hard-earned Tour card as he is projected to drop seven places to 130th depending on results from seven players ahead of him in the projected race.

Had Power finished in the top 125, he would be able to properly plan his 2017-18 season and be eligible for some of the bigger events he missed this year, such as the Waste Management Phoenix Open and The Players Championship.
When asked of the prospect of finishing just outside the top 125 before he teed it up this week Power knew 2018 would be a tough season to plan if he did not secure his place inside the magic number.

“It would be a little more scattered,” he said. “But I will get into a lot of events no matter what.”
Regardless of results taking a dramatic turn tonight, Power is should still get into at least 15 or 16 events next season but without a full Tour card he would not know which ones and might have to Monday qualify for others. 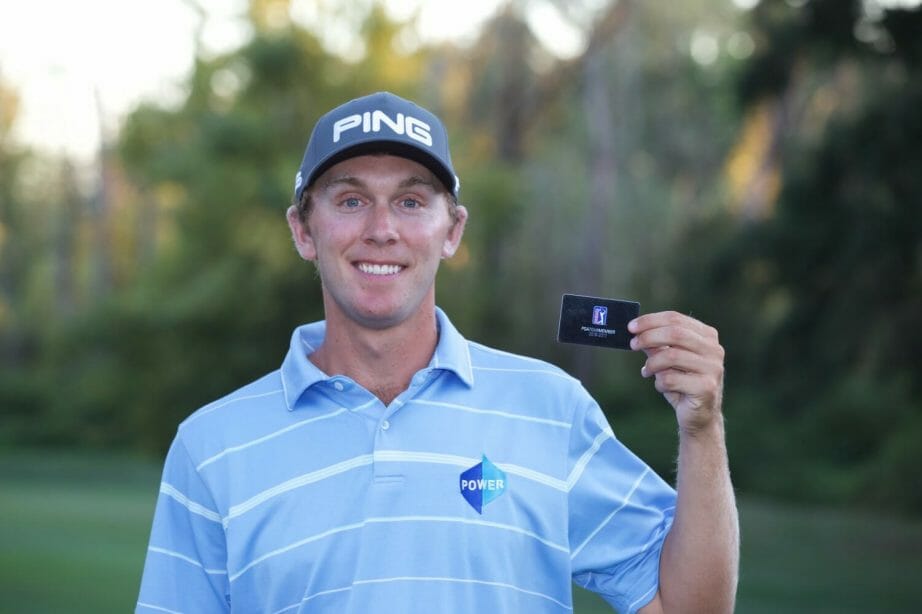 Above – Seamus Power after graduating from Web.com Tour last season

Having gained a card from last years Web.com tour Power played in 25 events in this his rookie season making 19 cuts and earned $636,146.