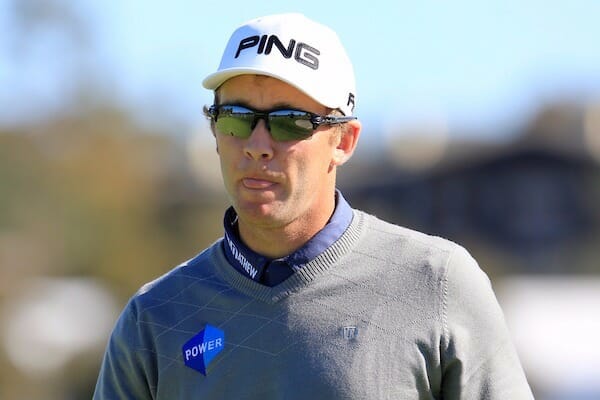 Starting the week in 123rd on the FedEx Cup rankings Seamus Power has achieved his first goal of making the cut at this weeks Wyndham Championship.

With so much at stake It was an understandably nervous finish to Powers back 9 on Friday as the West Waterford man as he just scraped over the line making the cut on the mark of three under par after a level par second round.

Just below Power in the Rankings, the PGA Tour season ended for players outside the top 125 in the FedExCup who missed Friday’s cut.
Here are the highest-ranked players in the FedExCup to miss the Wyndham cut: No. 126. Cameron Tringale; No. 128. Ryan Palmer; No. 129. Billy Hurley III; No. 131. Graeme McDowell; No. 132. Trey Mullinax; No. 135. Smylie Kaufman.

However Power is remaining calm given he is now projected to drop to lying 127th on the FedEx Cup money list just outside the top-125 who at the end of this week will retain full 2017/18 season membership and also qualify for next week’s opening event of the FedEx Cup Play-Offs.
“I actually feel pretty good. You know in the back of your mind what is at stake and all that stuff but this is a 72-hole tournament and if you start thinking about that stuff you could be exhausted come Sunday,” Power said.
“So, it’s there and you know you have to play well but it was of those things you cannot control and all you can do is play as well as you can”.

The three players that have passed Power in the Projected rankings are tournament leader Ryan Armour, who carded a 66-61 to make a projected jump up to 75th in the rankings from 187th and the duo of Harold Varner III and Sam Saunders who both share a tie for 9th.
Now that Power is safely into the weekend he will need two low rounds to make a charge and avoid losing his card.