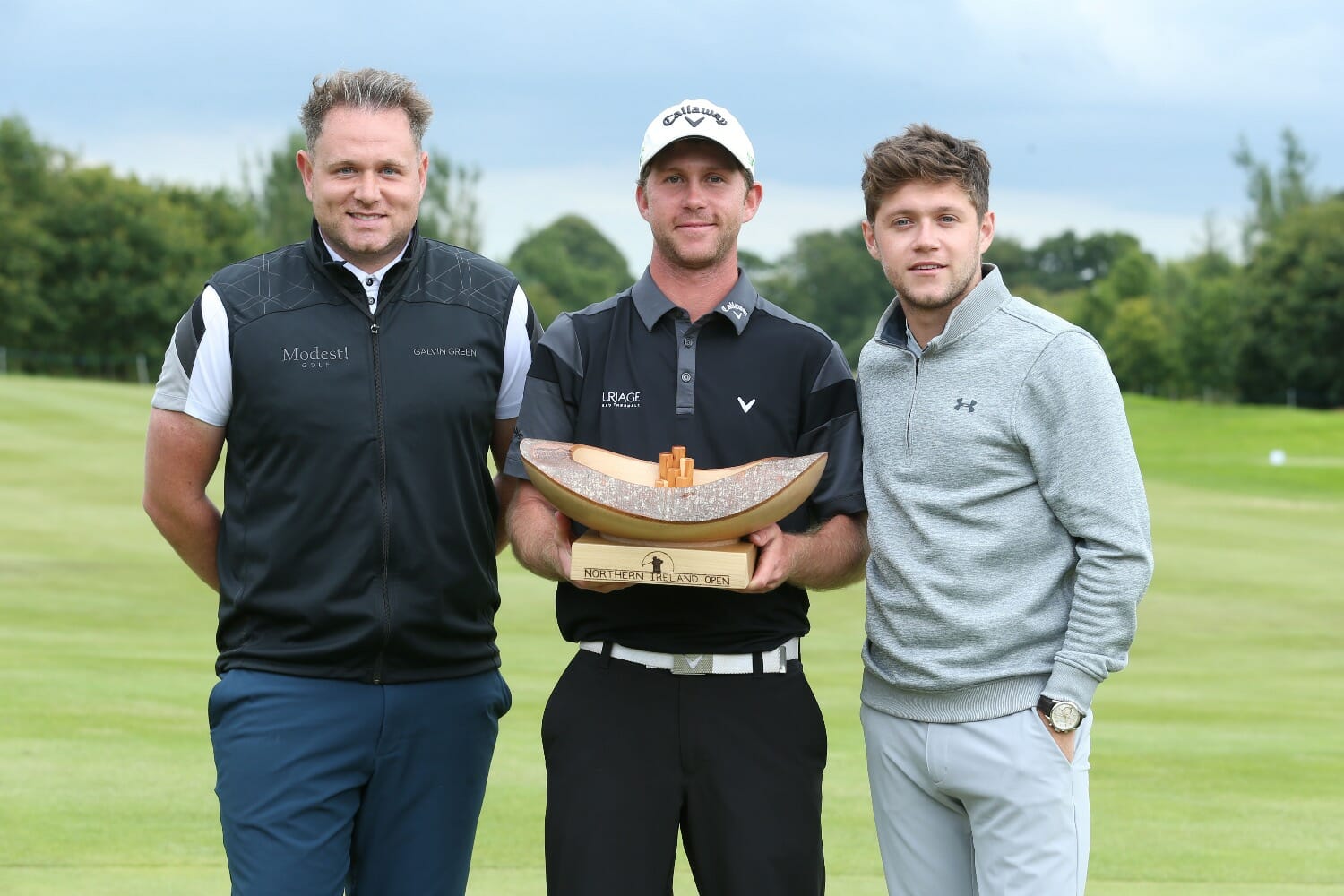 The NI Open presented by Modest! Golf challenged tradition and came out an undisputed champion.

Did you know that this generation is the busiest ever? It’s a fact. No time to collect a delivery. No time for patience. 30,000 feet in the air and we’re complaining that the airplane Wi-Fi’s too slow. Have you seen… “I’ll stop you there. If there’s not an app for whatever you’re about to say, I’m not interested.”

We have become insufferable. Each person trying to outdo the next with their convoluted schedules and first world problems.  But someone’s listening. Some eejit is developing a service that calls to your door to brush your teeth at night. And as you can tell, I’m all for it, that was until those same gombeens starting to complain about golf.
The inaugural GolfSixes took place in May at Centurion Golf Club in England as the powers that be looked to pander to the perpetually petulant. 16 two-man teams represented their respective countries, playing a Greensomes format over 6 holes – Greensomes meaning teams pick the best tee shot from the two players and play alternate shot thereafter.

The aim was fairly obvious, dumb down, I mean, liven-up our fairways with a fresh way of thinking and a much quicker format. Only this wasn’t golf. It was Fossett’s Circus without the trapeze artists and candy floss.  Rather than promote the game, it diluted its principals with unimaginative gimmicks adding little to the spectacle. It was a tacky attempt at modernising golf and a misguided representation of our sport in general.
Back to the drawing board then and last week’s Northern Ireland Open at Galgorm Castle presented by Modest! Golf. I’ll admit that at first I was skeptical, not least because I’ve been typing that exclamation point for weeks now previewing the event and its purpose pains me. That aside, I was really looking forward to what this tournament had in store.

156 players teed it up with the traditional 36-hole cut, but then things got interesting. An additional 54-hole cut was followed by an exciting Sunday Shootout – five rounds of 6-hole knockout strokeplay matches guaranteeing the action goes down the last in each game.
The event embraced the European Tour’s vision of new ideas without the need to turn to a format that you’d sooner find adopted by a society of ‘golfingly challenged’ messers with more cans than clubs in their bags. It maintained the core values of what championship golf at a professional level is all about and delivered on the drama that had been promised in advance.

It was Frenchman, Robert Sciot-Siegrist, whose Mother fittingly hails from Dublin, who came through thirty holes of golf plus a shootout playoff to triumph before a packed grandstand in Ballymena. Irish golf fans are well known for their loyal support but it was a record breaking week at Galgorm Castle as 43,495 spectators turned out for the Challenge Tour event, with MODEST! Golf directors Niall Horan and Mark McDonnell presenting the trophy to the proud winner on Sunday.

By all accounts the whole occasion was a breath of fresh air, not a reinvention of the wheel but a slight departure from the road more traveled. The innovation shown by Modest! Golf and all involved with this years NI Open is proof that there’s not much wrong with our game, but with slight tweaks and timely innovations we can present our professionals in a new light that can only enhance their following.
The Sunday Shootout was a clever compromise. A brave venture. And it worked a treat. Long may it continue.