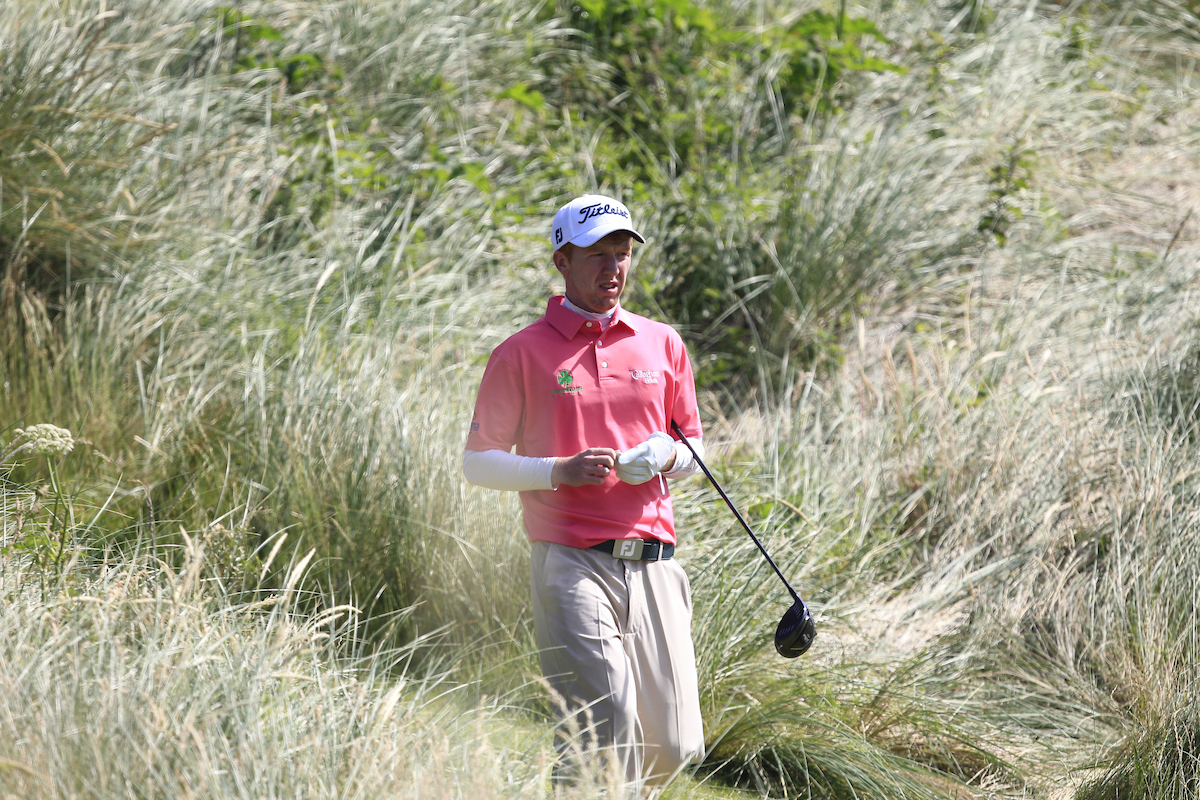 A final round of 64 at Portstewart Golf Club – no more than an hour from this week’s host venue Galgorm Castle – took Moynihan into a share of 14th place, earning him a cheque for €84,505, the biggest prize of his career so far.
It continued what has been a breakthrough professional season for the Dubliner, whose consistency on the European Challenge Tour has taken him to 22nd place in the Road to Oman Rankings.

“It’s great to be back here,” said the 22 year old. “Obviously a month ago was great, it was nice to have a good Sunday there in Portstewart, but any time you play in Ireland it’s great.
“I actually don’t have a very good record here in Ireland – I’ve played a few Irish Opens, a number of Challenge Tour events, and I think I’ve only made the cut twice, so I’m looking forward to trying to get a good result back home.
“I’ve been looking forward to this event for a while. I didn’t really play too well here last year so I’m keen to get back out there and try to redeem myself really, because I really like the golf course.
“The course is playing quite long but it’s class – the greens are perfect, the fairways are good, and there will be a few Irish out to support us no doubt, so it should be a very good week.
“It’s a very well run event, the best I’ve played on the Challenge Tour, with the stands, the corporate boxes, roped off fairways – it feels like a proper European Tour event.”

The Northern Irish fans traditionally turn out in force for this event and this year should be no different, with the added excitement of a new match play format for ‘Shootout Sunday’.
Following the usual halfway cut, the field will be cut again after Saturday’s third round, with only the top 24 competing in head-to-head knock-out stroke play matches contested over six holes.
Moynihan’s best result of the season on the Road to Oman came in the year’s other match play tournament, the Andalucía Costa del Sol Match Play 9, where he made it to the final before narrowly losing out to Aaron Rai.
With a stellar amateur career, featuring a lot of top level match play golf, still fresh in his memory, Moynihan is hopeful he can make it into the top 24 for Shootout Sunday – after which anything could happen.

“The new format makes it interesting, especially since I did well in the match play event earlier in the year in Spain,” he said. “Hopefully that bodes well, but the hardest part this week will just be getting through the Saturday and into the top 24.
“It doesn’t really matter if you’re first or 24th, just qualifying for the Sunday means that anything can then happen, so I’m looking forward to it.
“The amateur background, it being so recent still for me, probably helped, but the fact that it was match play and was only nine holes meant you had to be so aggressive from the first tee shot – this time it’s only six holes, so you’ll have to get off to an even quicker start.
“In this format I imagine there will be a lot of sudden death play-off holes as well, but it will be an interesting event for the fans, all going down the last.
“The goal for this week is just to keep myself in contention come Saturday and qualify – as Spain showed, I got into a play-off, ten players for four spots, and got through that and ended up nearly winning it.
“After that, anything can happen, so the goal for now is just to make sure I’m still playing on the Sunday and can give the Shootout Sunday a good go.” 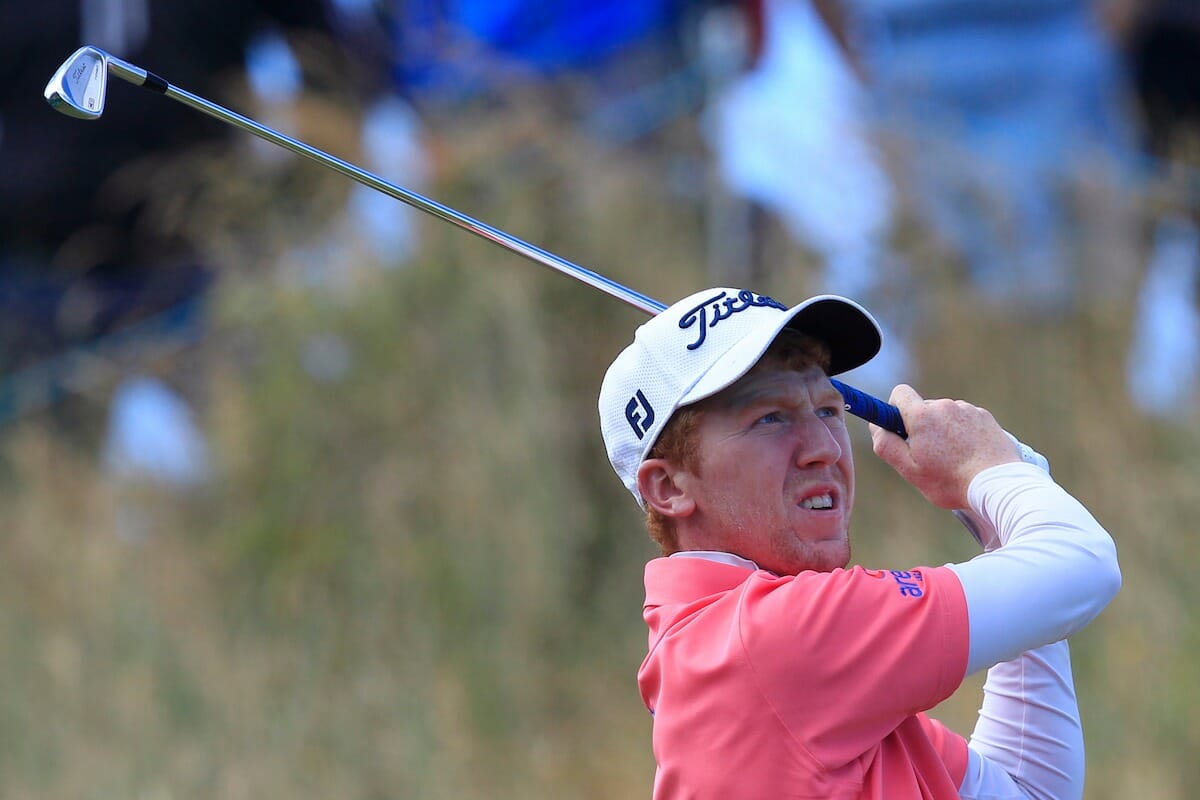 Now relaxing into life on the Challenge Tour, Moynihan has put himself in a great position as the season moves into its second half to contend for one of the 15 European Tour cards on offer through the Road to Oman Rankings come the year’s end.
A good week in Ballymena would strengthen his hopes but he is aware of how much can and will change between now and the season finale in Muscat in November.

“It’s been a good season so far,” he said. “I’ve had a few good events but I’ve made a lot of cuts too, which is a big difference from last year – it’s not that I wasn’t comfortable, but the cut mark last year was a big eye opener for me.
“I felt like I was playing well a lot of the time and was missing by one or two shots but now I feel a bit more comfortable and just know what to expect, had a good off season, and I’m enjoying it a bit more because I think I probably tried a bit too hard last year.
“Whatever happens happens, I’m enjoying freewheeling it a little more this year and it’s helping me play better golf too, but there’s a lot of golf left in the season yet.

“I just want to give myself a chance in the last four events – if you’re in those and have two good weeks, you’ll get yourself into the top 15, so the goal is to give myself a chance.”
Moynihan is joined in the field by tournament ambassador Michael Hoey, who will play the first two rounds alongside Chase Koepka, the highest-ranked player competing this week.