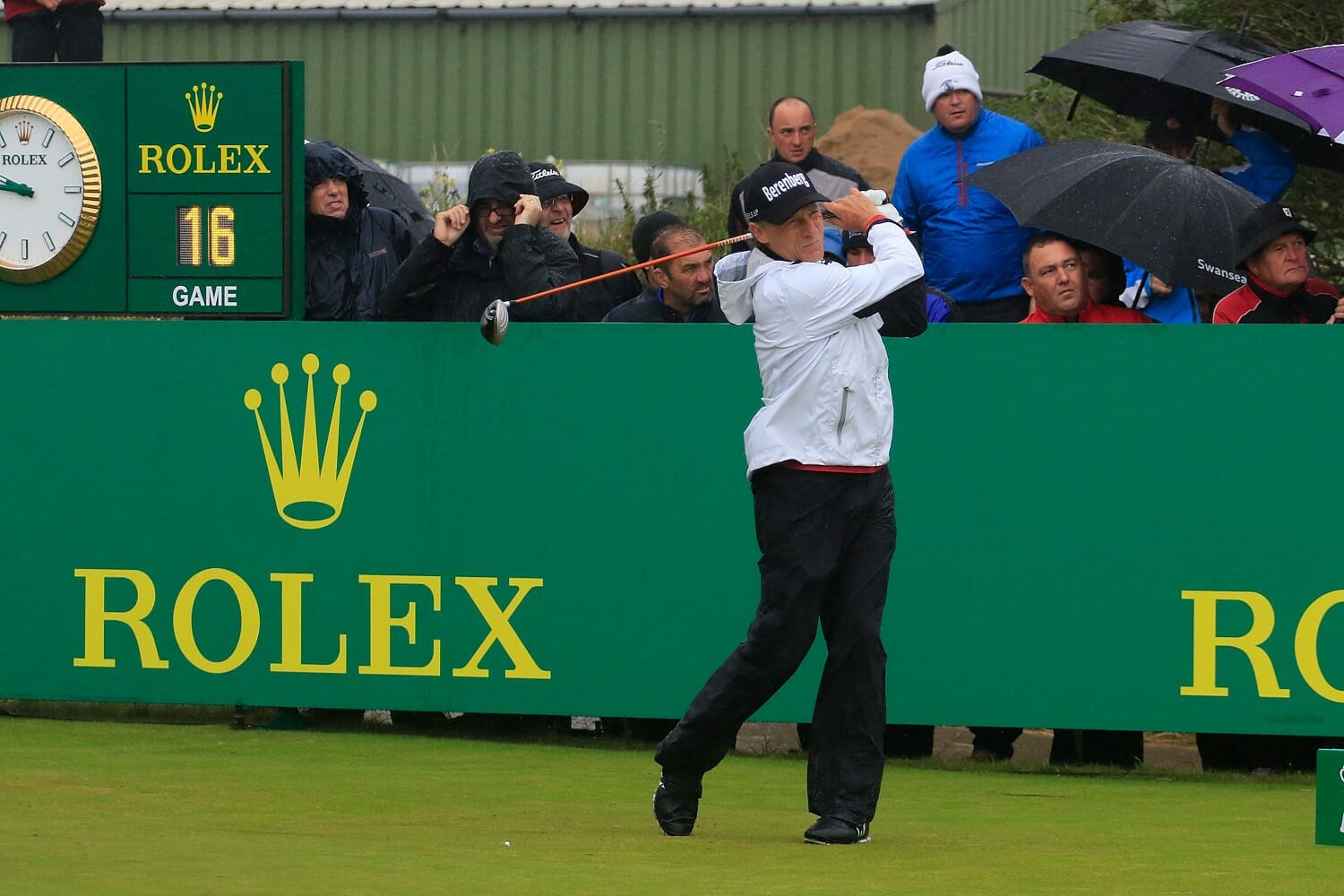 It’s been a tale of two very different at The Open Championship as Royal Birkdale had mostly benign conditions while the Senior Open Championship has ben the subject of torrential rain and gusting 25mph+ winds.

Day two at Royal Porthcawl finished with overnight leader Bernhard Langer sharing the lead on +1 with four other players (in an event where Bernhard Langer won with -18 three years ago) and the cut fell at +13!

Langer, who is seeking a record-setting tenth Senior Major victory, carded a three over par round of 74 for a one over par total – his first round over par in six played at Royal Porthcawl and said, “It was much harder this morning than yesterday. It was blowing 25 (mph) with rain; it was just miserable.”

“The first two hours or so, the wind was blowing strong and it was raining on top of it. It was just very difficult to do anything. The first hour or two was probably as brutal as I’ve seen it; and I’ve been many places and seen a lot of things.”

Fellow former Ryder Cup Captain Tom Lehman from America carded a round of 72 to finish one over par, joining compatriots Steve Flesch and Billy Mayfair, and Argentina’s Mauricio Molina in a share of the lead.

Des Smyth and Mark McNulty made the cut and are leading the Irish charge but they are some 12 shots behind Langer while Philip Walton carded an 81 on day two to miss the cut by one shot while Brendan McGoverns 80 left him two shots off the mark. Eamonn Darcy also returned a second round of 80 and missed the cut by five.