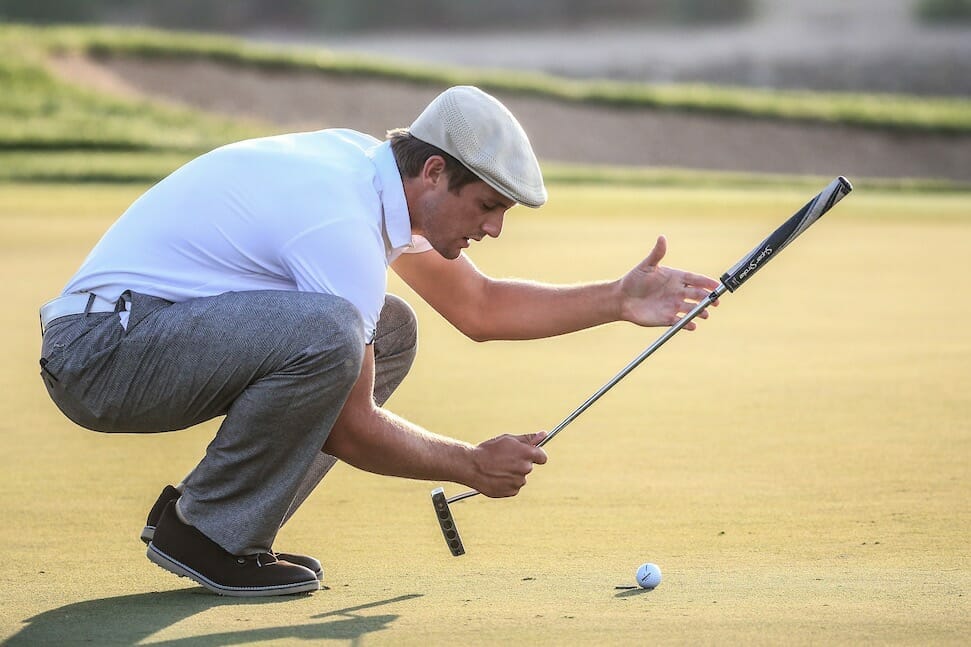 Call me old fashioned but I took umbrage to Bryson DeChambeau being christened golf’s ‘Mad Scientist’ when he broke onto the scene last year.

This generation has a habit of claiming creative “originality” as its own when in truth, more and more ideas spawn from previous inventors. Songs sound influenced if not stolen. Films are remade rather than written. And all the while social media tells us to accept the new order. Well no more, because for me, Padraig Harrington is golf’s true scientist. He is the Dr. Emmett Brown of swing manufacturers and for madness unknown, he should remained unrivalled.

Of course Padraig is a bigger man than I am and when asked about his protégé this week, it was clear he admired a young talent brave enough to go his own way:

“So I can see how he’s come as far as he has in the game. He’s under a lot of pressure. There’s no doubt when you do something different everybody’s watching, and I won’t say hoping you fail, but certainly watching and putting pressure and expectation on somebody who’s out there changing things or changing the game. So clearly he’s dealt with that for a long period of time. And that must make you very self-confident. And that’s the biggest key to being a good player.”

Word of warning however to all the creationists out there about to rush off to the driving range with their wacky ideas scribbled on their hand:
“I will say this, your technique makes very little difference to how you play golf. Your technique defines what your potential is. Your mental game defines what use you make of it. And I’m saying his technique, I don’t see anything better about his technique or worse about his technique than anybody else. But I’m saying that because he’s different technically he must be strong mentally. And that’s the biggest bonus of being different.”

Harrington is the voice of authority on the subject. Need proof? Just look at the swing he’s taking to this week’s Open Championship at Birkdale. His footwork’s more akin to a traditional Paso Doble dancer than a three time Major champion, yet Padraig got it ‘round plenty good for 54-holes last week in Scotland and with his back avoiding the strain of a held finish for the cameras, he’s fighting fit to be a real contender on a track that can only further inspire him having claimed the Claret Jug here in ‘08.

“I really do have good memories from 2008. It was a real big win for me at the time. Obviously I had won at Carnoustie, but kind of messed up the 72nd hole. So it left a little something wanting. It was nice to come back here. I think I won from the wrong side of the draw; I was in the last group Sunday. I played great. Swung the club great. Hit a great shot on the 71st hole. Did everything you dream about doing as a kid to win a major. And it was a very satisfying feeling to get my second major here, second Open Championship. So great memories.”

If there’s one thing Harrington could never be accused of, it’s being dull. He is a fountain of golfing information. The phrase ‘too much knowledge can be a dangerous thing’ often springs to mind when I think of his many swing changes through the years but at least he’s consistent in his tinkering. Furthermore, his resolve still seems unbreakable. He’s unique in that he often seems oblivious to his own form. His interviews are a fascinating insight into a truly enviable golfing disposition. Take last Saturday’s 79 when leading the Scottish Open at the halfway mark for example. How can one go from that extreme to shooting a scintillating 66 the following day? Surely there was some significant conclusion to be drawn between the two…

“I played the same both days. So absolutely no significance whatsoever to the two. I have played so many rounds of golf now in my career, I fully understood what goes on, on both days. I know I got a little bit unlucky on Saturday, and I got a little bit lucky on Sunday, and that was the difference. Completely no difference in the physical way I went about things. No change in my attitude. I hit good putts on Saturday that missed and I hit good putts on Sunday that went in.” 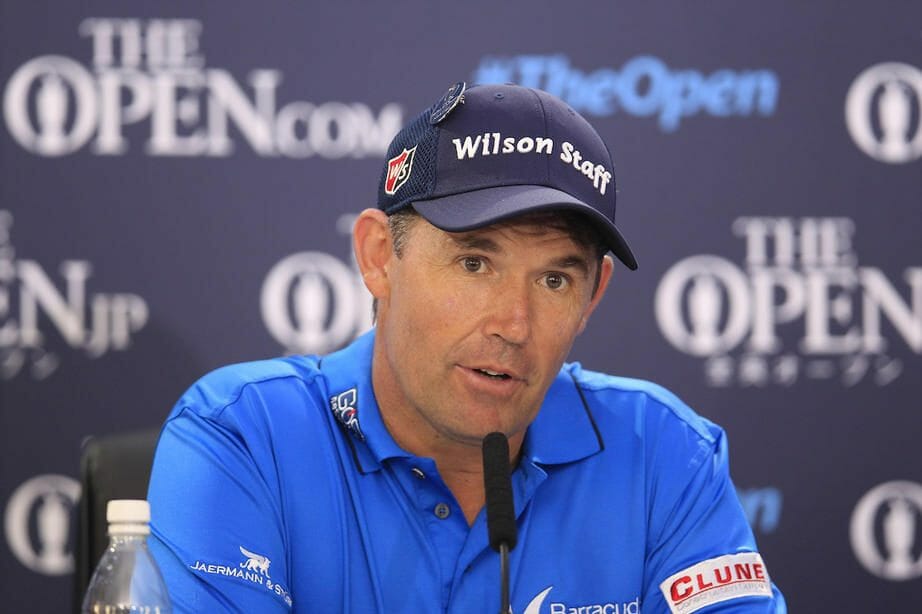 “Gary Player says, “The more I practice, the luckier I get.” I’m not a believer — I’m not a superstitious person, and I don’t believe it’s actually luck. I used the word “luck” I think to explain it, but I believe it’s circumstances and the nature of the game. On Sunday I hit beautiful 4-iron into the 15th hole. Couldn’t hit a better shot, pitched a yard short of the hole, and it stopped about two inches from going over the back of the green, where I’d have done well to get it back on the green. So I have a 12-foot putt for birdie or I could have made bogey. I don’t think it was lucky. I don’t think it was unlucky, I think that’s just the nature of the game. I can’t control that element of it.”

Normally I’d pitch in with a nice transition at this point to break up the streams of dialogue but it’s silly to interrupt Harrington in full flow, especially when he’s discussing chance:

“Trying to explain this, I was commentating at the Masters this year for Sky. And I wasn’t in the booth when Rory hit the flag on Friday, on the 18th and it spun off the green and he made bogey. And someone was saying how unlucky that was. It would only be unlucky if it was the 72nd hole. It didn’t really make any difference to his chances of winning the tournament on the 36th hole.”

“So playing so long, I see it a little different now. I understand there are good and bad breaks when you’re playing the game. Even breaks, you don’t see yourself getting a bad break could be just as good as getting a lucky break. But I suppose you have to be aware of it so you don’t get too hung up on getting a bad break or even a good break.”

Clear as mud? Don’t fret. What’s to be taken away from this week’s version of Padraig Harrington is that he’s as magically intact as ever. He enters Birkdale in-form and with vivid memories of what it takes to succeed on the Liverpool links. And whether or not he achieves it, you can be sure of one thing. He’ll have played great.

Make no mistake about it though, Harrington’s here to win.

“I will always go back to the Shane Lowry quote, ‘I think I’m going to win the week I’m not playing’. So clearly I think I’m a credible contender on any golf course, but bring me to a links golf course, no doubt about it, it gets me more. It gives me an advantage to be on a links course, for sure.”