10 of the most memorable Open Championship moments 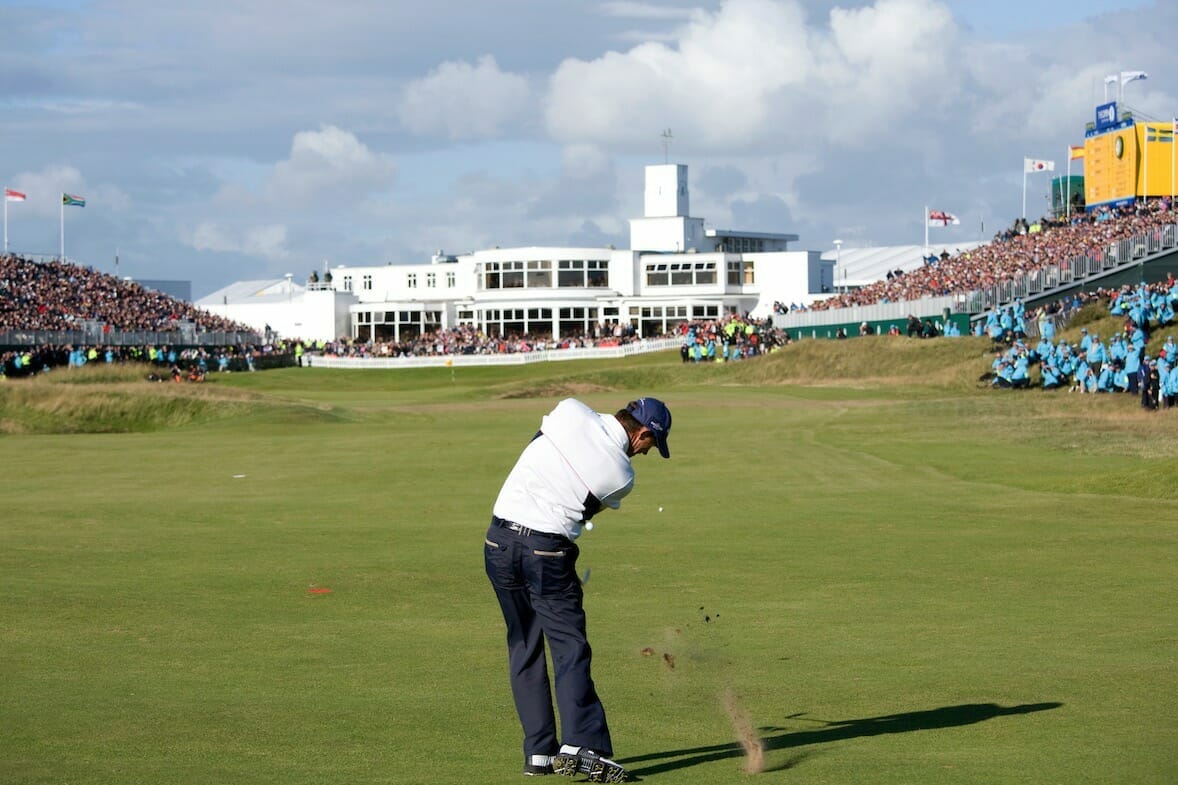 1. Harrington’s Heroics
He became the first Irishman to win the Open in 60 years the year before but Padraig Harrington’s eagle on 17 at Birkdale in ’08 was the style in which Major titles should be won. Holding a two stroke lead over clubhouse leader, Ian Poulter, Harrington took the aggressive play on his 71st hole and his 249 yard five-wood to three feet will forever be recalled on the Liverpool links as a shot worthy of a champion.

2. Seve Magic
There’s few who have come close to Seve’s short-game wizardry and the 1979 Open was where he introduced it to the world. Seve’s up and down for birdie having found a Lytham carpark was one in a litany of miraculous escapes on his way to a first Open Championship at the age of 22. An icon was born.

3. Duel in the Sun
1977 will forever be remembered in golfing circles as the battle of Watson and Nicklaus. Playing the last at Turnberry with a one stroke lead, Watson hit a safe one iron as Nicklaus found the gorse on the right. Jack muscled one to the green with no right to do it before Watson stiffed a seven iron in response. Of course Nicklaus holed his long birdie putt to temporarily draw level but on this occasion, Watson was a bridge too far. Nicklaus had finished 65/66 to Watson’s 65/65 over the weekend. Ridiculous!

4. Jean Oh Jean
Moments don’t come much more memorable than Jean Van de Velde in ’99 at Carnoustie. With three shots to spare playing the last, Jean could afford to make double and win, and having got away with an aggressive drive off the tee, he looked in good shape. Wedge up the fairway, chip on and you can still afford a three putt. It made sense to everyone but the Frenchman. He went for glory, hit the grandstand, got an almighty bad break and the rest is history. He dunked it into the Barry Burn and having finally seen sense not to play from the water, he struggled to force a playoff only to lose to Paul Lawrie.

5. Duel at Troon
Perhaps in ahead of its time but the 2016 Open at Troon will undoubtedly go down as some of the best golf ever witnessed at a Major. Almost 40 years on from Watson and Nicklaus, it was Phil Mickelson and Henrik Stenson that jousted on this occasion. An opening 63 from Mickelson on Thursday was matched by Stenson on Sunday, and even a masterful bogey-free final round 65 by Phil meant he could only hang to the coat-tails of his Swedish playing partner – the pair having blown away the field in the process. 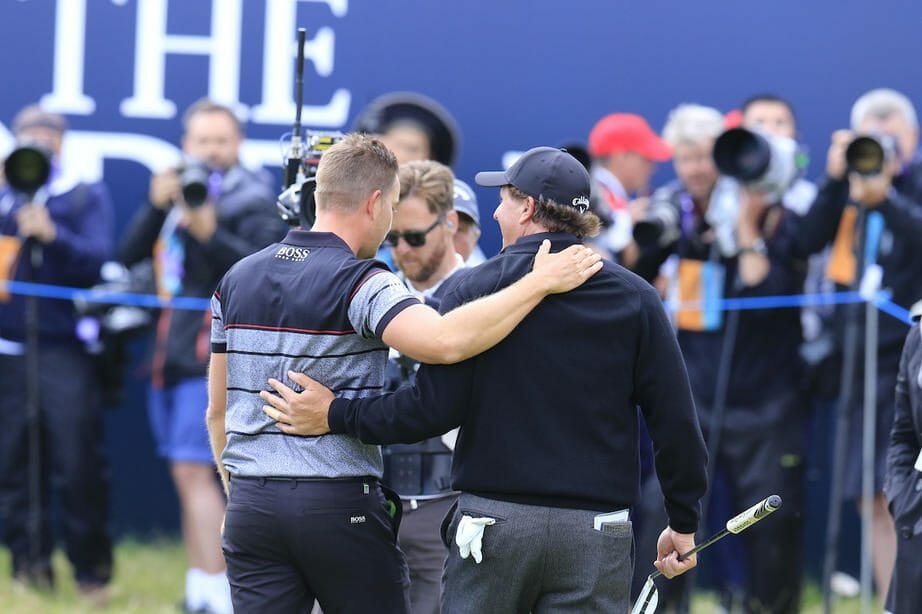 6. The changing of the guard
At the home of golf in 2000, as the great Jack Nicklaus bid farewell to his adoring fans on 18, a primed Tiger Woods was pictured getting in the zone for the start of his final round. And what a round it was. An eight stroke win and a record breaking -19 under par total saw Woods’ stroll to his first Open Championship victory. But would he ever catch Jack…

7. Two small steps from glory
Of all the memorable moments this one’s right up there with Van de Velde’s in terms of tragedy. Two and a half feet separated Doug Sanders from golfing immortality, or so they thought. His missed putt on the 18th green at St. Andrews in 1970 is probably remembered more than if he’d made it, not that it’s any consolation to Doug. Jack Nicklaus won the Open that year as Sanders’ career proved Major free.

8. Long John Daly
Daly played catch me if you can with the field in the ’95 Open Championship at St. Andrews. One behind, Italian Constantina Rocca was the only man who could catch him and a marvelous up and down on the infamous road hole meant it was still possible playing the last. Having almost drove the green on 18, a tying birdie looked the worst Rocca could do, until a fluffed chip all but handed the title to Daly. Or so we thought. An outrageous 60 foot follow-up putt forced a most unlikely playoff and Daly’s face said it all. However Rocca’s joy was short-lived. Caught in a sandy crater, he met his doom as Daly’s infamous blonde mullet and green reebok windbreaker lifted a first Claret Jug.

9. Forever Young – Tom Watson
2009, Turnberry. A 59 year old Watson plays his 72nd hole knowing a par would win him an unthinkable 6th Open championship. Having found the fairway, he went against his instinct and nuked an 8 iron through the green when initially favouring 9. He chose to putt and leaving himself six feet for the win, the world held its breath. It would be wrong to say the occasion got to him, but to a playoff it went and Stewart Cink seemed to take advantage of Watson having given all he had the 72 holes before. If only he had hit 9.

10. Shark Attack
Greg Norman was on a mission at the 1986 British Open in Turnberry. Having relinquished 54-hole leads at both the Masters and US Open, Norman was leaving nothing to chance this time around. A second round record equaling 63 for the lowest round at a Major set the pace and Norman was in no mood to let up, winning his first British Open by a ruthless five strokes.