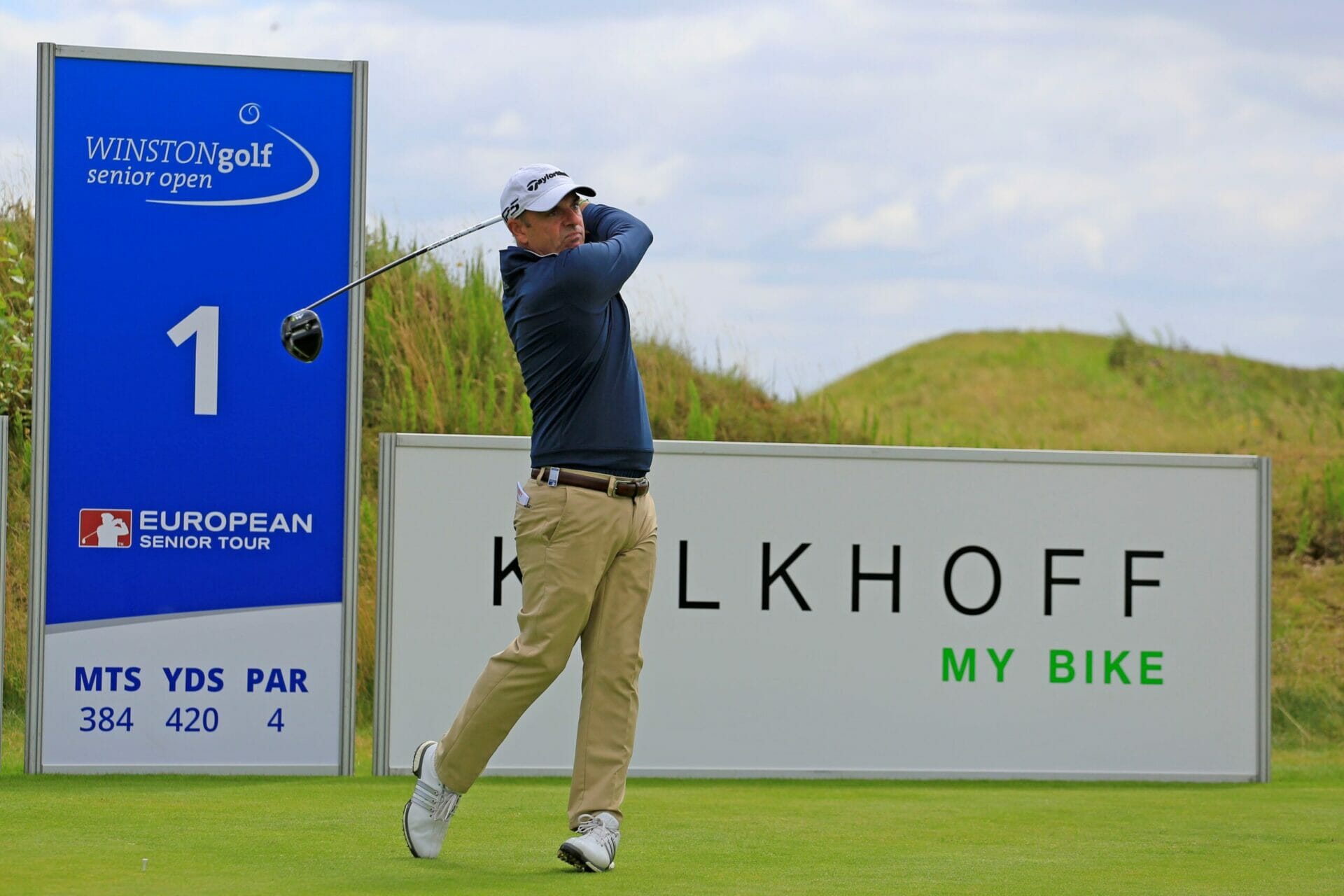 Paul McGinley, captain of Europe’s 2014 Ryder Cup winning team, will become the latest player to make his European Senior Tour debut as he prepares to tee it up at the WINSTONgolf Senior Open tomorrow.

“I’ve heard great things about the course here and there will be a bit of wind so it will be tricky. It’s unusual playing on a links-style golf course so far inland, so, by all accounts, this is a little different.”
McGinley joins Sam Torrance, who captained him in The 2002 Ryder Cup as the Dubliner famously holed the winning putt at the Belfry, and a dozen other former Ryder Cup players in the field.
“It’s nice to play again and have the opportunity to play on this tour,” he said. “The standard will be high, I’ve no doubts about that, and to compete and contend on this Tour, I’m going to have to play very well.”

Andrew Oldcorn, who won his second European Senior Tour event at last year’s WINSTONgolf Senior Open, returns to Germany in defence of his title and the Scot is hoping to build some momentum ahead of the Senior Open Championship Presented by Rolex before turning his attention to the Scottish Senior Open in his homeland.
“I played a few holes yesterday and some of the feeling from last year is coming back,” said Oldcorn. “It’s always good coming back to defend a championship. I finished second when I defended the PGA Seniors Championship at Slaley Hall, and I played well when I went back to Wentworth after winning the BMW PGA Championship.

“Going to places where you feel comfortable gives you an incentive to have another good week. It’s always pretty hard to defend a title, but I’m looking to have a solid week and get some momentum going.”