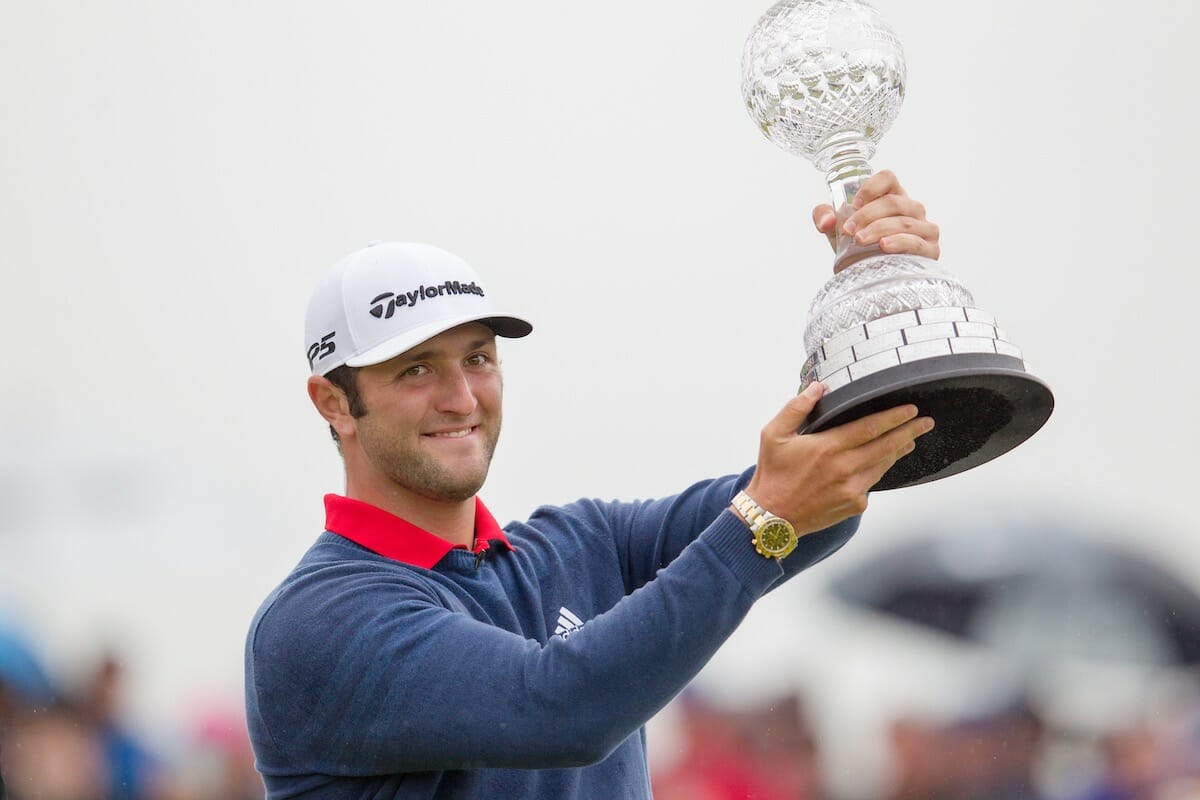 Jon Rahm benefitted from a new and fairer rules outlook to join the greats of Spanish golf, including the late Seve Balleseteros, in capturing the Dubai Duty Free Irish Open at Portstewart.

The 22-year old Rahm was in a class of his own storming his way in steady rain to a six stroke success courtesy of a closing 65 for a 24-under par triumph.

However, this was after Rahm was deemed not to have breached the rules in remarking his ball on the sixth green after first moving his marker out of the line of playing partner, Daniel Im.

The Rules of Golf were ammended post the controversial Lexi Thompson incident earlier this when she was penalised four strokes while leading a LPGA event and also in the light of the decision to slap a penalty on Dustin Johnson when it was deemed he had caused his ball to move during the final day of last years U.S. Open.

It means now players like Rahm, who clearly was not seeking an advantage, do not full fowl of the rules.

“I thought I had put my ball back in the same spot”, he said.

“When Andy (McFee, Tour Chief Referee) came back and explained to me what happened, I said I normally mark my ball on the side in that circumstance and I thought I put it back on the same spot.”

“I think that I knew I was conscious I did that, and that helped with the ruling”.

In fact, since the Thompson incident and the Dustin Johnson saga a year earlier at the U.S. Open, players are now being given the benefit of the doubt as we have now seen with Rahm as there was no clear intention to gain an advantage.

In fact, Rahm joins Garcia in winning the Irish Open as a first European Tour victory, with Garcia three years younger than Rahm when he won at Druids Glen.

Rahm, also a first-time winner earlier this year on the PGA Tour, sealed victory in steady rain on the Northern Ireland coastline in just his eighth official European Tour win but just his second on European soil. And the new World No. 8 could not have been happier in being handed the gleaming crystal trophy by tournament host, Rory McIlroy and also pocketing a first prize cheque of $US 1.166m.

“That makes two for two wins shooting a final round 65”, said Rahm referring to the same winning score at Torrey Pines in February.