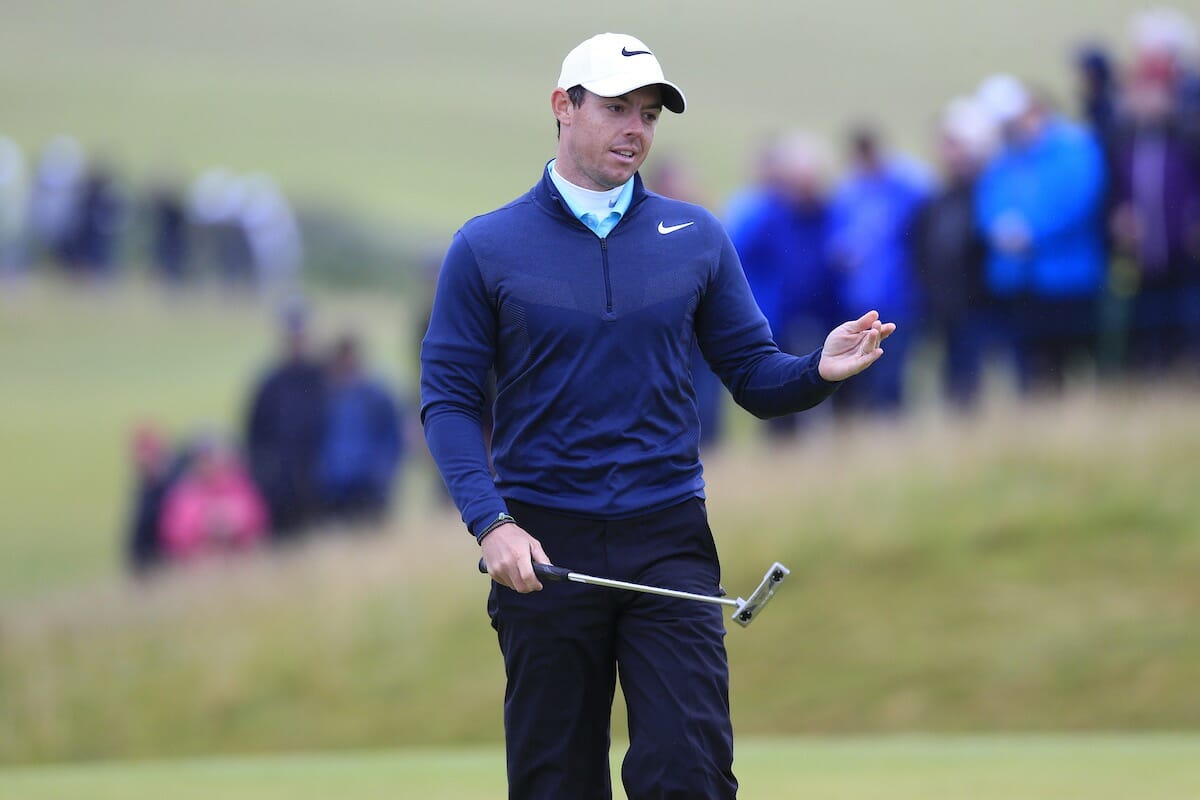 Rory McIlroy’s Open Championship preparations are seemingly in some in disarray after the tournament host missed the cut for the second time in three years at the Irish Open in Portstewart.

The World No. 4 was one under for his round with two holes to play but a double bogey 6 on the 17th ended any thoughts of playing all four days in an eventual round of 73 for a one over par tally.

It left McIlroy four shots shy of the projected three under cut-off mark in the $US 7m event.

The defending Irish Open winner had missed the halfway cut two years ago when he first hosted the event at Royal County Down and it is the fourth occasion in the past five years that McIlroy will sit out the weekend rounds in the premier Irish event.

“My short game in general is not good as I am making silly mistakes, so it is not good”, he said.

“Today, I was four yards short of the green on 16 but didn’t manage to get it up-and-down from there from the middle of the fairway, so little stuff like that is so huge for momentum.”

“I am just not being very efficient with my scoring and that is why I am making it difficult for myself. I need to tidy up my short game a little bit, while I feel pretty much my long game is there, and maybe I need to clean up my course management too as at times I tried to go for pins when I shouldn’t have and paid the price”.

McIlroy struggled tee-to-green and hit only half of the 14 fairways but for a second day running he took 33 putts on the greens.

As the event host, McIlroy will remain over the weekend to hand over the trophy to the new champion when he will work on his game ahead on crossing the Irish Sea on Monday in readiness to next week’s Scottish Open with The Open a week later at Royal Birkdale.

American Daniel Im added a second round 67 to move to the clubhouse lead on 13-under par but with Spanish sensation Jon Rahm muscling his way to second and just a shot behind after also signing for a 67.

Rahm, who contested the first two rounds alongside McIlroy, capped his round with a fifth hole eagle.

World No. 2 Hideki Matsuyama, the third member of the McIlroy’s  group, was also in contention in adding a 68 to move to nine under par.

Also at nine under was fellow Japan golfer, Hideto Taninhara who produced a bogey free seven under par 65.