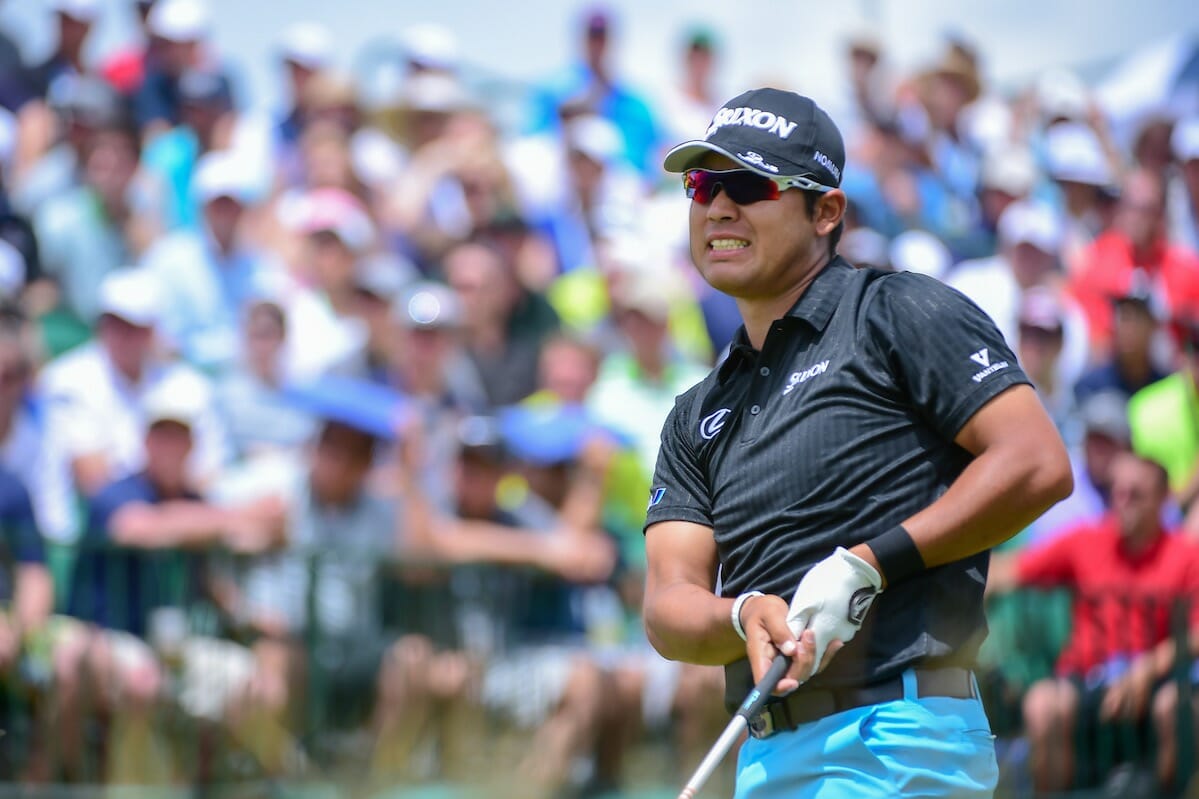 Rory McIlroy has singled out World No. 2 Hideki Matsuyama for special praise ahead of this week’s Irish Open at Portstewart in Northern Ireland.

Matsuyama is the highest ranked player in this Irish field and is two places higher than McIlroy, the tournament host, after McIlroy found himself bumped back to No. 4 by Jordan Spieth who moved to No. 3 on the back of his dramatic play-off victory in the Travelers Championship.

Matsuyama, who is also the highest Japanese golfer in the history of the World Rankings, is making his debut in the $US7m event as well as his first ever journey to Ireland.

Strangely, his image is missing from any of the promotional banners and posters lining the streets of streets of the virtual twin towns of Portstewart and Portrush. However, that has not diminished McIlroy’s glowing respect for Matsuyama.

“When you look at what he has achieved, not just at the of last year and already this year, but over the past few years it is impressive how he goes about his business,” said McIlroy.

“The thing I also like about Hideki is that he is aggressive and you only have to look at some of the shots he hits and the pins he will take on during competition. So, all aspects of his game are very strong and he is very impressive”.

As tournament host, McIlroy has worked hard behind the scenes for three years now, twisting the arm of his fellow PGA Tour colleagues in seeking their attendance at the Irish Open but then he seemed to have little trouble encouraging the recent runner-up in the U.S. Open.

“I do not speak Japanese all that well but then I heard he was interested in playing some links golf ahead of The Open, so when I heard that we got in touch his management team saying that would love to have him compete at Portstewart and we would do anything to help in getting him to the tournament”, said McIlroy.

“He is the second-best player in the world right now and went so close a few weeks back in winning the U.S. Open. When he got himself into contention at Erin Hills I was sort of pulling for him as it would have been great to have a reigning Major champion in the Irish Open field”.

Matsuyama has won four times on the PGA Tour including this year’s  successful defence of the Phoenix Open. It was at the end of last year that Matsuyama rubber stamped his enormous potential, winning four of five events on his home Japan Tour starting with a first Japan Open title. A week after capturing the Japan Open he won the WGC HSBC Champions in Shanghai to move to No. 6 in the world. Matsuyama then stormed to a seven stroke success in the Taiheiyo Masters.

Then in early December he claimed the Tiger Woods hosted Hero World Challenge in the Bahamas for a fourth victory in five starts.

And Matsuyama will contest the opening two rounds of the $US 7m in the company of McIlroy and Spain World No. 11 Jon Rahm.