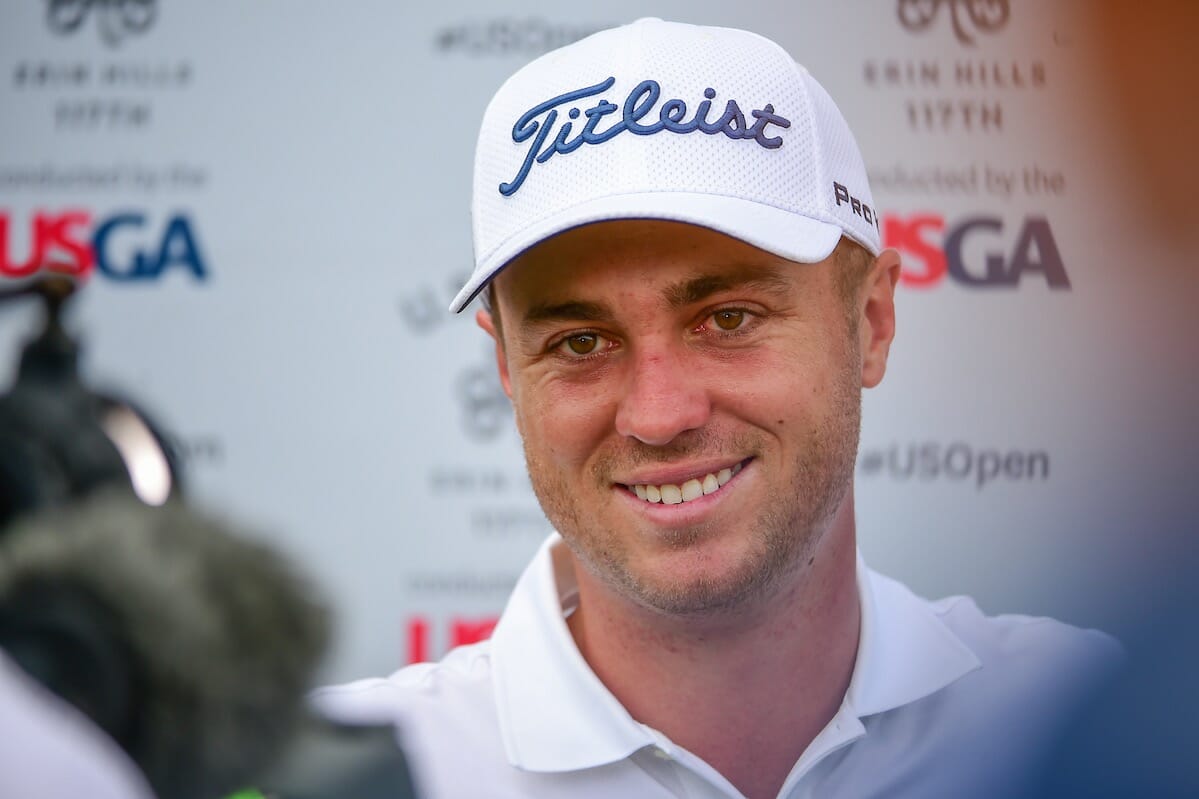 American Justin Thomas made a bold enough statement in his shocking pink pants well before becoming only the fifth golfer in U.S. Open history to shoot a round of 63 on day three at Erin Hills.

Thomas, 24, brought the crowd to their feet and roaring with delight when he holed an eight-foot eagle putt at his final hole to move to the clubhouse lead at 11-under par.

The nine under effort, that also included nine birdies but also two bogeys, from the current World No. 13 is the 31st time in the history of the Majors a golfer has shot a round of 63. However, it is only the ninth occasion a 63 at the game’s it has been managed on a par 72 layout.

“That means I’m a part of history,” he said. “I also now have a lot better chance to win the tournament than I did when the day started.”

“I mean, it’s all pretty self-explanatory, I guess, in terms of what it means. But just for me, I felt like I’ve been playing pretty well all week, and didn’t have quite the numbers to show for it, not until today.”

The Kentuckian is contesting only his third U.S Open with his prior best round being a 69 on day two a year ago.

But then Thomas heralded his enormous potential earlier this year winning the opening two events of 2o17 in Hawaii on the PGA Tour, and starting the first day of the Hawaiian Open to join the exclusive “59 Club”.

Fellow American Patrick Reed was next best in the clubhouse grabbing eight birdies in a 65 to move to eight under.