Paul Dunne can be proud of his US Open showing 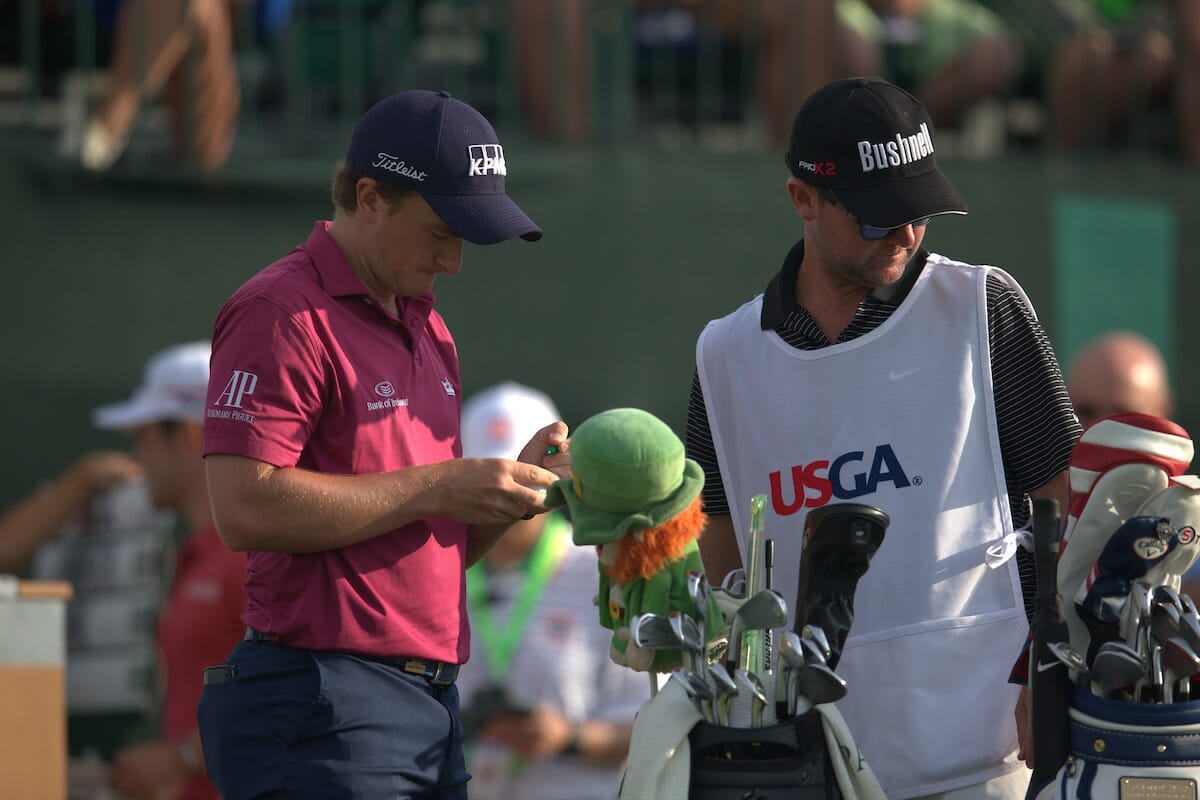 It was a tough question to address especially after having missed the cut with scores of 75 and 73 in your very first U.S. Open. But then Paul Dunne, even in his short pro career, has quickly become very obliging as evident after his Erin Hills disappointment.

Dunne went into the second day knowing he needed to produce something special to be assured of contesting all four rounds in rural Wisconsin. However, starting with back-to-back bogeys were like a huge slap in the face to the 24-year old in firstly landing some 67-feet short of the green at 10th while at the next Dunne, as he would say, airmailed the green with his 43-yard approach that landed 30-yards behind the hole for a second straight bogey.

No trouble at the 12th, his third hole, landing his 126-yard second to just three-feet. Dunne then gave a further stroke back at 17 but holed a 30-foot birdie gem, and much the delight of a packed 18th hole grandstand.

His inward half was a sour cocktail of two birdies but also just as many bogeys.   He bogeyed the first or his 10th while at the fourth Dunne displayed the wealth of his Irish links experience hitting a 130-yard second shot from the right rough to ten feet and knocked in the birdie.

He then bogeyed his 15th hole, the par four sixth, before ending on a positive note sinking a six-footer at the downhill par three, ninth much to the warm applause of the crowd.

“My start just kind of killed me”, he said.  “I hit great shots on 10 and 11 and they either came up short or they just airmailed the greens.  I really do not know how they were short and long, and I started with two bogeys as I hit every shot straight down the fairway, and straight down the flag.   I played okay but it is just that every step forward I took, I took a step back and I could not get anything going.”

“I didn’t play great but I did play better than that”.

In the overall picture, Dunne singled out an indifferent preparation for this his first U.S. Open.

“I could maybe look back on my preparation but then I just did not play well,” he said. “I didn’t have any parts of my game where I needed them, all week.  So, maybe just play better when I get here.”

“The thing is here your touch is more important. The greens are quicker andif you have a chip that is normally going to stop three-feet away here it is normally going to roll out to six-feet. So, I would say my touch has to be sharper and there is more penalty for driving the ball poorly but that is how it should be.”

“My short game just was not sharp as it normally is but for what reason I am not sure.  It was just one of those weeks while my ball-striking was hit-and-miss.”

But then if there was any good aspects in his game over the two rounds it was his wedge play.

“My wedge play was much better than it was compared the last few weeks and that is a positive”, he said. “I did concentrate on that the last few days.  Who knows what other things I need to work on now.”

As for his plans going forward?

“France, Ireland and Scotland are my next three events”, he said. “I will hang around for the weekend and then go home and have a week a home and then those three.”

“I will be looking to qualify for The Open through those three weeks with three spots in each one, and they are three good events.

I have played all three venues before including Portstewart in the Amateur and Dundonald Links in the Scottish Amateur.”