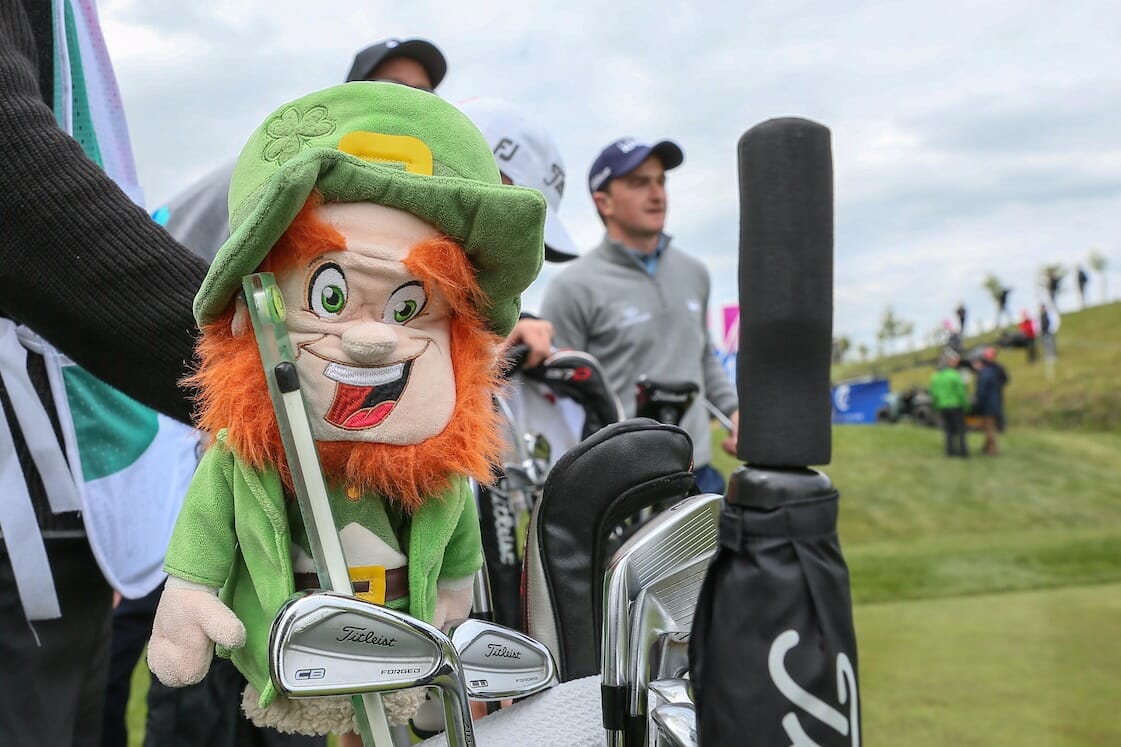 Paul Dunne struggled with his driving shooting a three over 75 while former champion, Graeme McDowell singled out a botched preparation in signing for a 76 on the first day of the U.S. Open at Erin Hills reports Bernie McGuire from Erin Hills.

Dunne, and contesting his very first U.S. Major, birdied the second to find his way early onto the leader board but after a bogey at seven it was the high water mark of his round.

The young Greystones golfer then dropped shots at 10 and 11 before a fourth bogey of his day at the 17th.

“I just didn’t drive the ball that well, for the first maybe 11 holes”, said Dunne.

“I holed a few nice ones at the start to keep myself in it and then three bogeys from a bad drive, another one from just nowhere really and I gave myself a lot of chances for the last 7 holes.

“I had six good chances and missed them all.

“The one bogey I made on 17, I hit a good shot in from 192 eight-iron airmailed the green and missed one for par. I just missed putts coming in, could have finished level par really.

“The driver was the problem for the first 11 and the driver then for the last seven”.

McDowell got a first look at Erin Hills last Monday week but admitted he got caught out late on Wednesday while on the course and when the threat of an electrical storm forced officials to close the course.

“I did not play well and as simple as that”, he said.

“It does not matter what golf course you are on because if you do not play well you are going to have problems.

“I got off to a bad start with the driver and then I kind of started to get the ball in play a bit more but then started to feel uncomfortable on the greens.

“I just don’t feel that my prep was that perfect this week.   I played both nines at couple of times but I never saw much of this wind direction we had out there this morning.

“Then the storm we had yesterday just knocked my last nine holes out of whack and what I had planned for the afternoon.

McDowell’s round was a mix of just one birdie but six bogeys.

It was also his equal highest starting U.S. Open score in 12 appearances and matched a 76 he posted on day one in 2013.

However, McDowell was then asked before he went to lunch if he had seen a fixed advertising blimp flying over the course catch fire and crash to the ground.  The pilot bailed out but did sustain serious injuries and burns.

A cause of the crash was not immediately known, but authorities said an initial investigation revealed the blimp may have experienced mechanical problems.

“No, I saw it in the air but did not know what happened and it amazing to learn that no one was hurt,” he said.

“So, there you go I shot four over and others are jumping out of a blimp to save their lives.”