McElroy conquers the wind to tie the lead in France 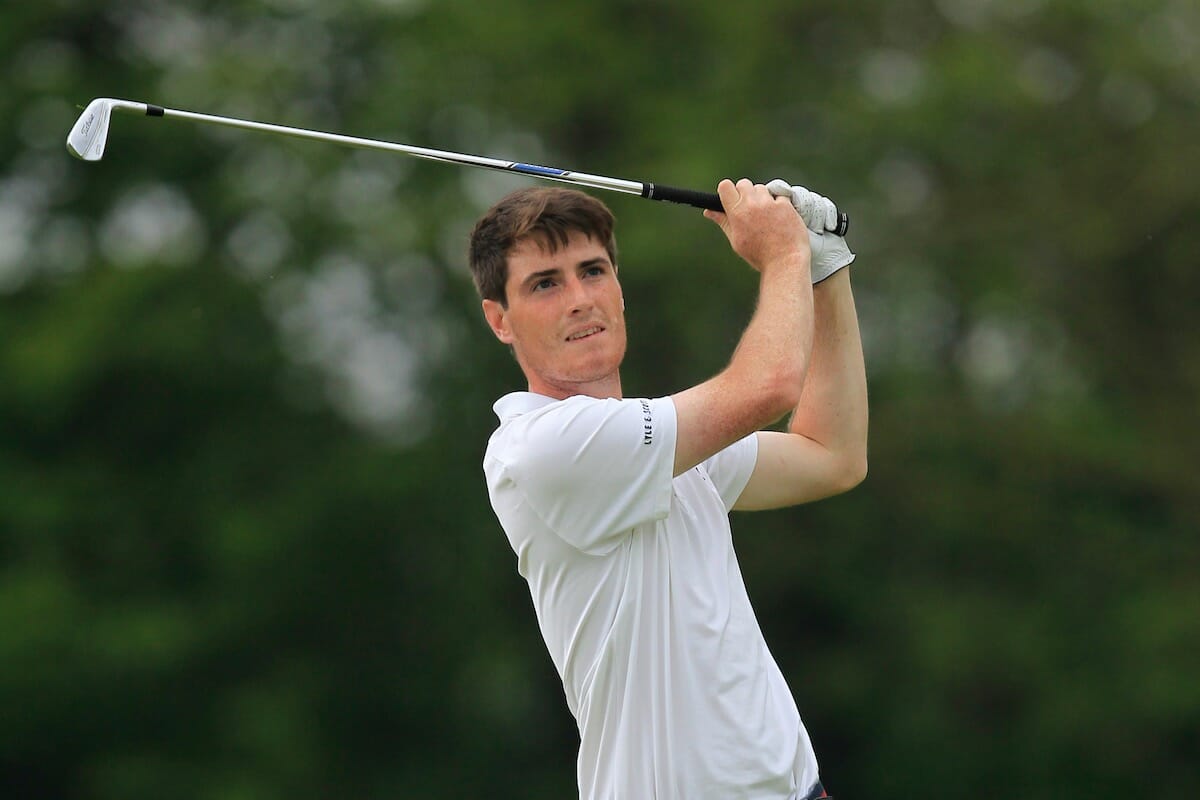 Dermot McElroy overcame winds gusting at up to 25 mph to card a four under par round of 67 and share the lead with three other players after Round One of the Challenge Tour Hauts de France Golf Open.

Ireland’s McElroy, came alive over the front nine with three birdies and an eagle to reach the turn in 31 and the 24 year old, who has finished second in his two appearances on the satellite EuroPro Tour this season, made another at the tenth, but found the going tougher as the wind picked up over his closing eight holes.

McElroy joined England’s James Allan as the clubhouse leader on four under par which was matched by Scotland’s Grant Forrest and Belgium’s Christopher Mivis in the afternoon.

Despite exhibiting all the skills of a player comfortable in blustery conditions, McElroy believes he does not play his best golf in high winds – and is hoping he can perform even better in calmer conditions later this week.

“I played really well over the front nine,” he said. “I got it going really down the closing stretch of the front nine in particular.”

“The back nine was really tough with lots of shots into the wind, but the front nine was more downwind with only one or two holes where the wind was coming back at you – so I was able to score a lot better over the front nine.”

“I took three weeks off after my last Challenge Tour appearance in Spain – as I felt that I was playing pretty awfully – so I felt that I needed some time to work on my game. Last week I did play really well though after that break so I did arrive in France this week feeling like I was starting to find a bit of form.”

“To be honest I really don’t like playing in the wind, but you just have to get on with it. There’s more wind forecast tomorrow so you’ve just got to do what you’ve got to do and try not to let it affect you. The wind is meant to die down as the week goes on, so hopefully I can raise my game even further then.”

Ruaidhri McGee is 5 shots off the lead having returned a 72 while Neil O’Briain and Gary Hurley shot 74 and Kevin Phelan a 78.