Break out the popcorn, it's US Open time 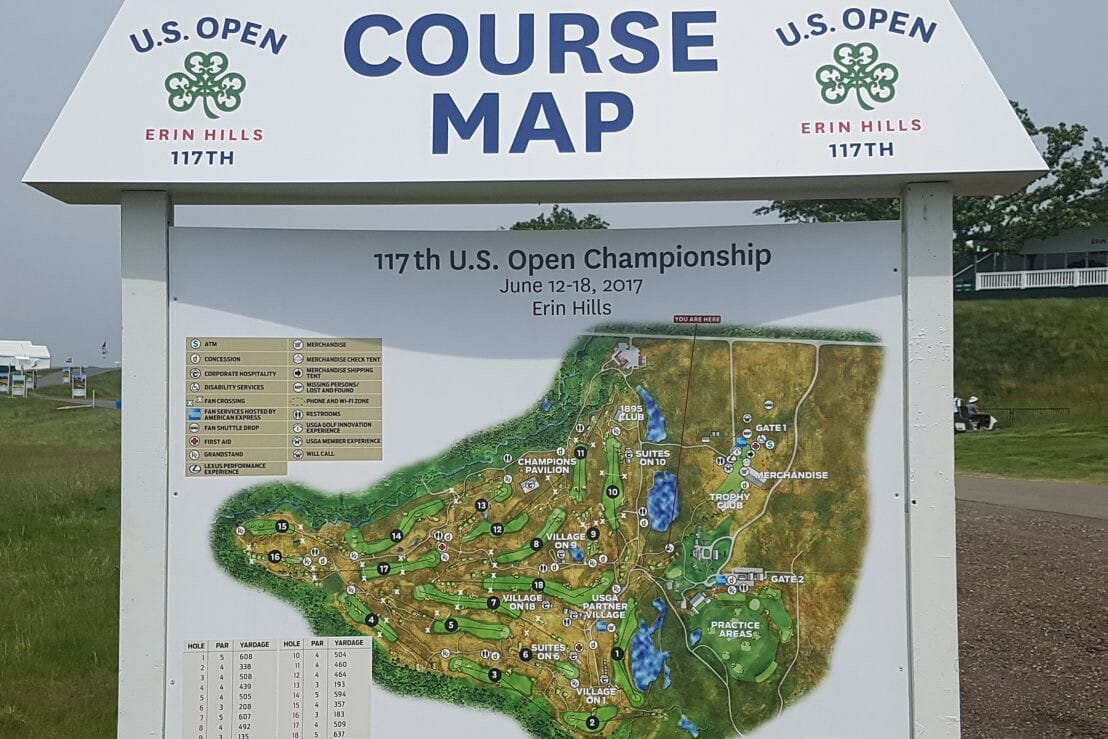 Most everything in the States is never any bigger than the Lone Star State of Texas. Well, tell that to the four Irish and their 152 colleagues tackling this week’s U.S. Open host venue at Erin Hills which will be akin to tackling a monster.

In fact, Congressional in suburban Washington D. C, where Rory McIlroy won the 2011 U.S. Open in a cakewalk, is a mere baby set out over some 400 acres compared to this. Where Justin Rose won three years later at Merion in Philadelphia the course is a tiny tot spread over just 111 acres.

Erin Hills, and located some 40-minutes to the north-west of Milwaukee and stretches some 650 acres, it’s a big place.

“It is just a massive slice of real estate”, said Shane Lowry.

Though dominating this slice of Wisconsin farming countryside is the stunning Holy Hill National Shrine of Mary, Help of Christians Catholic Basilica located a short distance from the course. The basilica is unmistakeable, set on one of the highest hills in the region set-out on 450 acres and reaching 1,350-feet above sea level.

If the wind gets up and the rain buckets down like it did late on Monday then many of the game’s best could be turning to the basilica for divine assistance.

But then if there is anyone in the field who could truly be blessed that is McIlroy. His eyes lit-up when he first saw the course last Friday and he also seemed to take it personally that the course has been softened as he was clearly taken aback not only by criticism of the course but also when he learnt the Erin Hills greens staff were out trimming the rough of some four holes during Tuesday’s practice day.

“We have 60 yards from left line to right line and you have 156 of the best players in the world here”, he said.

“If we can’t hit it within that avenue, you might as well pack your bags and go home.

“These are the widest fairways we’ve ever played in a U.S. Open. Even the first and second cut is another ten yards on top of that. So, if you’ve got 50 or 60 yards to hit into and you’re complaining about the fescue that’s wider than that, I don’t think that’s an issue.”

But then the rough is so thick Graeme McDowell joked after first tackling the course last Monday that someone could lose their caddy.

“I get that it’s thick and whatever, but it’s a hazard,” McIlroy said. “If you put red lines just right along that people wouldn’t complain. It’s a hazard. I don’t know. It’s a U.S. Open. It’s supposed to be a tough test.”

“And if guys can’t put it into play within a 50-yard zone, I don’t think they’ve got much to complain about.”

Fighting words from McIlroy and with McDowell weighing-in after tackling the course in official practice.

“Erin Hills is still a bit of an unknown quantity,” he said. “Yes, you look at it and you initially assume long length, bombers; but there is a lot of strategy involved still, there is so many teeing options it is going to be interesting to see what the USGA do.”

“If the wind is blowing out of the wrong direction you are having to visualise the holes playing the other way and we have played a few holes today that have played super long and they are going to play shorter in the tournament when the wind switches and other holes that were shorter are going to play longer, so you are having to visualise all the time.”

“Like I say, there is a lot of tactics still involved, it is not just a bombs away.”