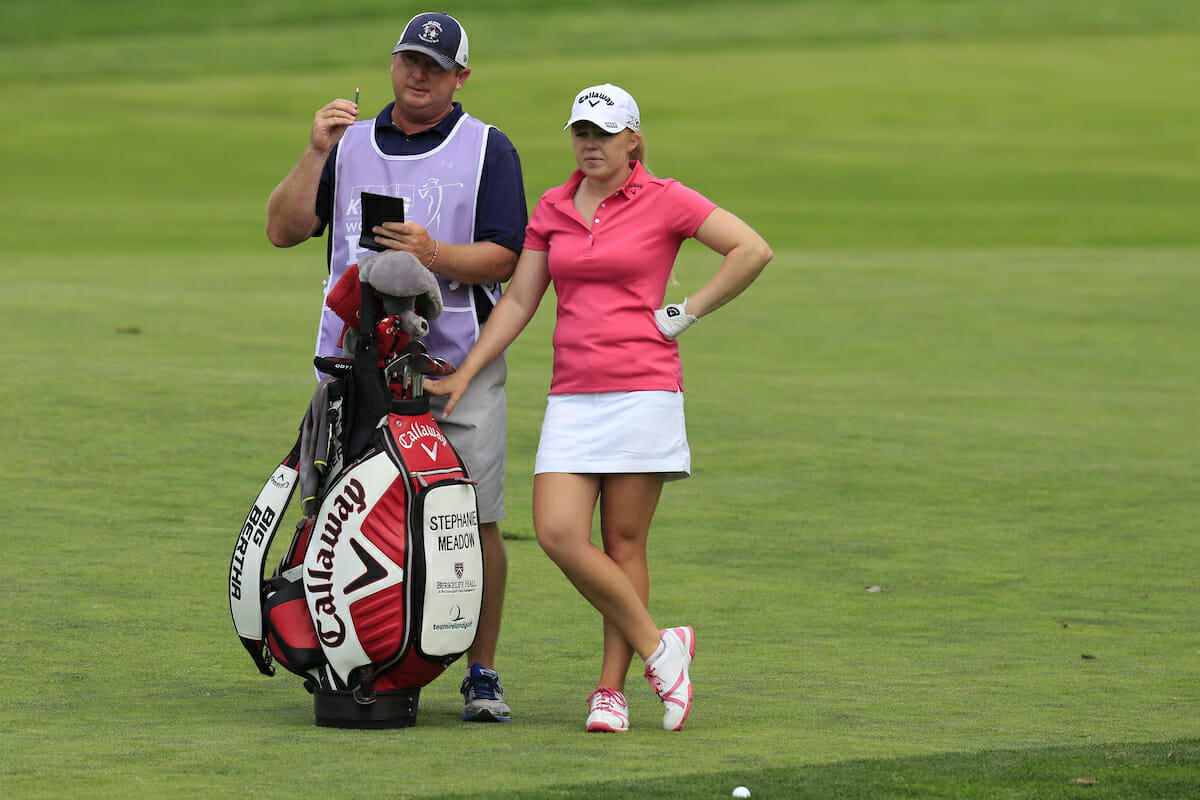 Stephanie Meadow followed up her opening round of 74 with a one under 71 but it was not enough to make the halfway cut at the Manulife LPGA Classic in Canada.

The Jordanstown professional now heads to the Meijer LPGA Classic for next week’s event trying to build some momentum ahead of the US Open she qualified for last week.

At the top of the leaderboard birdies were coming in bunches Friday as there was both a ’59 Watch’ and a tournament-record shot at Whistle Bear Golf Club during the second round. It was a Canadian who stole the show in her home and native land.
Alena Sharp, from nearby Hamilton, Ontario – about 45 minutes from Whistle Bear – fired a 6-under-par 66 Friday to tie for the lead with Hyo Joo Kim and Lexi Thompson.

Sharp managed to recover nicely from an early double bogey – and a lingering headache (she had to call in for some ibuprofen from the gallery) – with six birdies and an eagle on the day.

“I felt good starting the day,” said Sharp, who had a strong contingent of family following her all day. “I got up and had a nice little run. Just got the nervous energy out. Had a good warm up and just felt — I don’t know. This week has been different. I just walked up to the golf course yesterday and today just feeling like it was going to be a good day. Just had these good vibes coming out.”

Sharp called a penalty on herself on the par-5 3rd, which led to the double bogey.
“I had to call the rules official, because when I addressed my chip shot on No.3 the ball moved. I don’t think I completely grounded my club, but the way the rule reads… I was going to ground my club and the ball moved, so (the rules official) said that because it wasn’t sitting up on top of the grass it was probably likely that I caused it to move. Just a funny rule, but it’s the rules of golf and I didn’t want it just let that go,” she explained. “I needed to call it on myself, because I was going to be thinking about it all day. I thought I did the right thing. Went out and birdied the next hole and really just forgot about it. Just kept playing the way I was.”
Heading into Saturday, there are 18 golfers within four shots of the lead.