McDowell five back after opening round of FedEx St. Jude 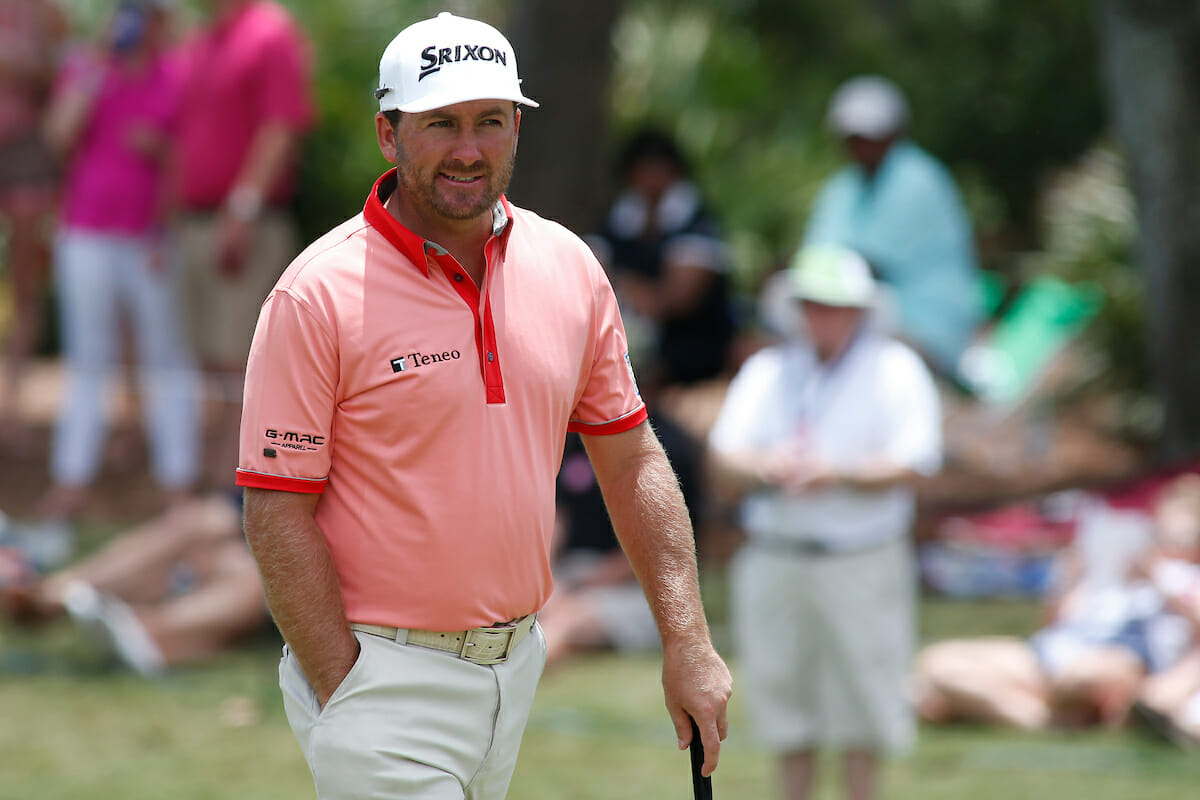 A brilliant 16-foot birdie at the last in a round of a one-under par 69 had Graeme McDowell attracting the interest of a number of local Memphis local TV networks late on day one of the FedEx St. Jude Classic reports Bernie McGuire from Memphis TN.

McDowell had been one-under for much of the early part of his round until tackling the par four, ninth hole guarded by water to front and left of the green.
G Mac was caught out by a wind shift in making a splash with his second before walking off with a double bogey “6”
And while McDowell then dropped to two-over following a bogy at 10 he birdied three of the next five holes, at the 12th, 15th and 16th holes.

McDowell holed a 22-foot gem at 12, a 12-footer at 15 and then at the par five, 16th he superbly got up-and-down from a greenside bunker.
McDowell then dropped a shot at 17 before his heroics at the last that handed him a share of 29th place and only five strokes behind the leading trio of former Open Champion Stewart Cink along with his American countrymen Matt Every and Scott Brown who each shot 64s.

“At nine I tried to cut something around a tree and it just kind of hung up on the wind and came up short finding the water”, he said.
“But take that away and I was really happy with the way I played as I hit a lot of good iron shots.
“What did surprise me was how much the golf course had dried out because when I was informed there would be no preferred lies I nearly fell over.
“However, to get back into red numbers with that birdie was really pleasing as we always joke to birdie the last makes dinner taste that much better, and it will tonight.

“So, it is just good for the overall psyche to walk off the last with a birdie and while ever shot has equal value to birdie your final hole adds to making you leave the course feeling a little better”.
Also starting his second round at one-under is Seamus Power.