It might have been a slow day at the office for the Irish in the final round of the Swiss Challenge presented by ASG but Ruaidhri McGee, Kevin Phelan and Cormac Sharvin all made positive moves up the Road to Oman rankings.

McGee had began the day just four shots off the lead and Phelan a further shot back and both within touching distance of a top finish. On a wet day in tough scoring conditions McGee carded a 73 to finish tied for 20th on eight under while Phelan closed with a two-over 73 to finish tied 22nd on seven under.

The results moved Phelan up 51 spots to 115th in the Road to Oman while McGee rose one place to 17th in the season long race for 15 European Tour cards. Cormac Sharvin moved up seven spots to 85th in the rankings after a closing 71 left him tied for 28th on six under par.

At the top of affairs, Joel Girrbach secured a maiden European Challenge Tour title in front of a jubilant home crowd by carding a three under par closing round to become the first Swiss winner of the Swiss Challenge presented by ASG.
The home favourite held a one-stroke lead coming into the final round at Golf Sempachersee – a course he knows well, having played in the last eight editions of the Swiss Challenge.
Heavy rain overnight caused delays this morning in Lucerne, but Girrbach showed no sign of letting the difficult conditions affect him.

The 23 year old carded three birdies to reach the turn in 33, then went on to pick up further gains on the 11th, 15th and 17th – leaving him with a four-shot lead as he walked down the last.
A nervy double bogey at the 18th was soon forgotten, with an emotional Girrbach delighting the home fans as he held on for a two-shot win.

“I am speechless right now,” said Girrbach, who became the first Swiss winner on the Challenge Tour since André Bossert triumphed at the 2008 MAN NÖ Open.
“I am super, super happy to do this in front of my home crowd. This tournament means so much to me. I started playing professional golf at this tournament, and it makes me so happy to have won here.”
“I really stuck to my game plan today. I was just really calm throughout the round, and I felt that was the most important thing for me today.” He added

“After enjoying the next tournament the focus will start again and I can hopefully carry on this winning form during the rest of the season.” 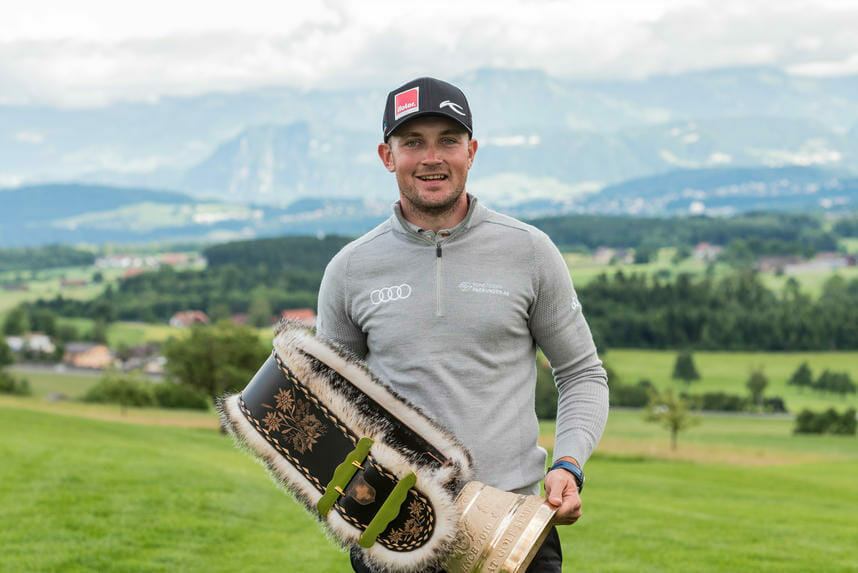 With this victory Girrbach climbs up to fifth in the Road to Oman Rankings, having started the week in 87th place.
Scotland’s Craig Lee, who finished second on 15 under par, moves from 140th to 14th place in the Rankings, while America’s Julian Suri maintained his position as Challenge Tour Number One by claiming a share of third place in Lucerne.