McGee and Phelan in the hunt at Swiss Challenge 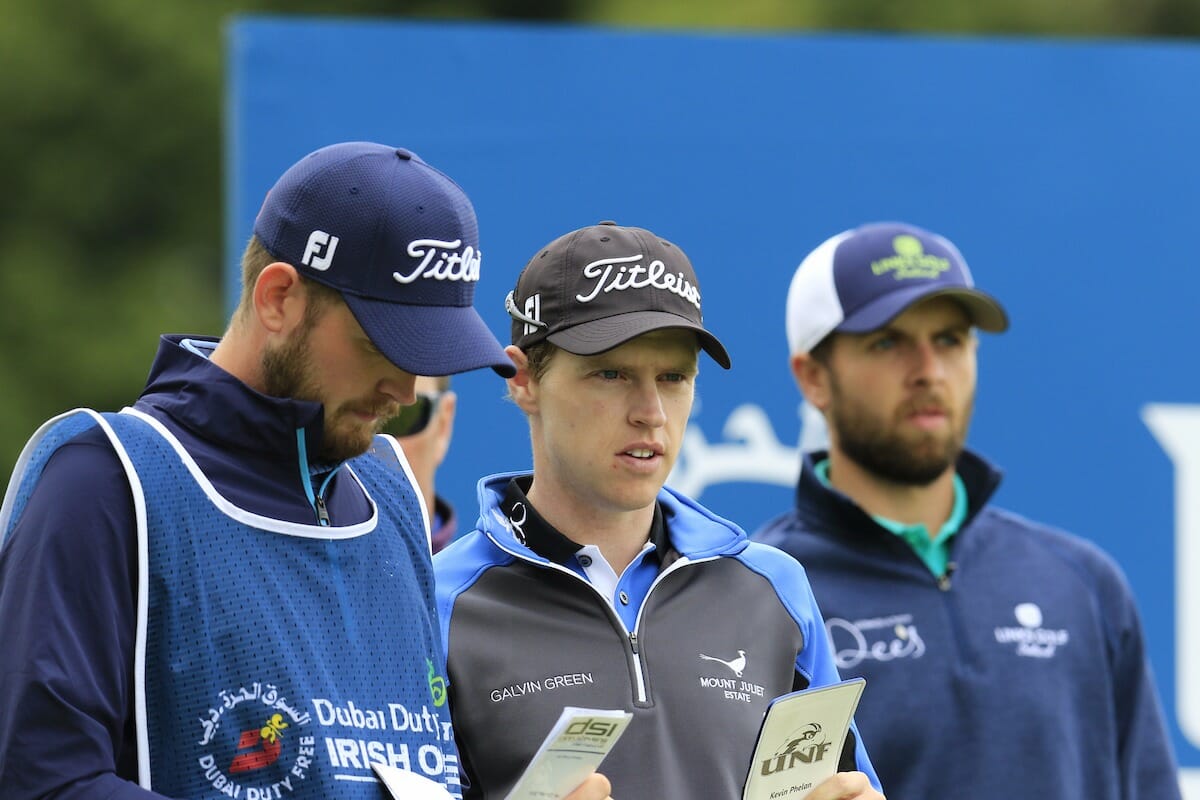 It was a disappointing moving day for Kevin Phelan  as he fell back to tied ninth after he carded a one-over 72 on Saturday.

The Mount Juliet professional is still well in the hunt though just five behind the leaders ahead of today’s final round of the Swiss Challenge presented by ASG.
Ruaidhri McGee is a shot closer just four shots off the lead held by local favourite Joel Girrbach entering the final round with Cormac Sharvin in a tie for 23rd.
At the top Joel Girrbach takes a one-shot lead into the final round. The Swiss native got off to a phenomenal start over the front nine, picking up four birdies and an eagle to climb up the leaderboard at Golf Sempachersee.

The 23 year old, who has featured in the last eight editions of the Swiss Challenge, continued to make the most of home comforts over the back nine, carding two further gains and a bogey en route to signing for his lowest round of the season.
With a one-shot advantage over America’s Chase Koepka, Girrbach is quietly confident he can go on to become the first home winner of the Swiss tournament in its 14-year history.

“It was really special for me today,” said Girrbach, who is 14 under par overall. “To play in front of your home crowd and see a lot of familiar faces was a great feeling and I am delighted with how I performed.
“I made a really good start. I was six under after nine holes, which really helped the score! I holed my second shot on the par four ninth for eagle from around 153 yards, which meant I reached the turn in 30.

“Honestly this morning I didn’t feel as good as the last few days. I don’t know why, but I got a good start and then I just let it go.
“We will see what the weather does tonight – I think it is meant to rain so it could be quite hard to play tomorrow. But I do know the course really well here so that could potentially work to my advantage.”
Koepka, whose brother Brooks is a four-time winner on the European Challenge Tour, sits in second place after his six under par score of 65.
The 23 year old’s bogey-free round included four birdies and an eagle – which, like Girrbach’s, came at the par fourth ninth where he also holed his second shot.

France’s Victor Riu, who won the 2013 Swiss Challenge, is two back on 12 under par, where he is joined by America’s Julian Suri – who currently sits in first place in the Road to Oman Rankings after winning last week’s D+ D REAL Czech Challenge.
Overnight leader Craig Lee carded two birdies and two bogeys for a level par score of 71, meaning he will start the final round three shots behind Girrbach.