Nicklaus has his say on injuries and tournament withdrawals 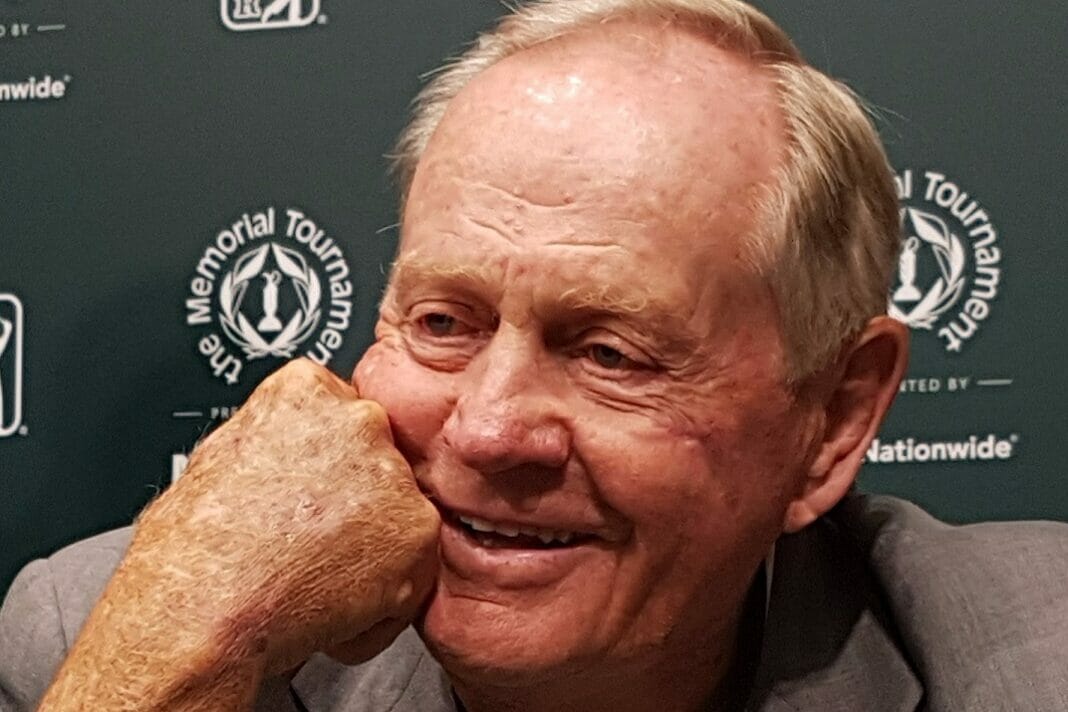 Legendary Jack Nicklaus was not about to single out Rory McIlroy for any criticism but did question the ethics of today’s superstar golfers who disappoint fans, sponsors and organisers by withdrawing with injury from events.

After withdrawing from last week’s BMW PGA Championship at Wentworth, McIlroy has also elected not to contest this week’s Memorial as he continues to recover for a rib injury.

Nicklaus, 77, hosted a press conference on Tuesday at Muirfield Village Golf Club and it was pure Golden Bear with the formal portion of the conference lasting just short of an hour and the scrum afterwards going on for a further 30 minutes.

In recent years, Nicklaus has got to know and admire McIlroy however, when asked if he was concerned golfers such as McIlroy were increasingly suffering niggling injuries he cited a number of personal episodes in his long career when he was injured but he played on.

Nicklaus indicated at the Masters, where he reigned supreme winning six Augusta green jackets from 1963 to 1986, there had been as a number of occasions in the over 40-years Nicklaus contested the Masters that he could have withdrawn with an injury.

“Four times in my career playing the Masters I injured myself walking down the 10th hole, and we all know how steep the 10th hole is”, said Nicklaus. “Twice it was losing my balance after stepping on a pine cone and injuring my ankle but I did not withdraw. I had it strapped and I played on, and in fact, I think I won one of my Masters one year with a strapped ankle.”

“So that’s pretty broad, wasn’t it? But anyway, I think that that entourage helps make that decision for the player, telling them, you know, we think physically this is probably not right for you to play. And that’s what their job is. If you don’t like what the doctor tells you, you change doctors, and so they listen to their doctor.”

“It’s okay. It’s annoying to see that happen from a spectator standpoint or a tournament standpoint that somebody does withdraw from tournaments.”

However, Nicklaus did single McIlroy out for praise, revealing a strong trait we already know of McIlroy’s make up, and that was he phoned the Nicklaus’ personally to express his apologies.

“Rory, first thing he did is he texted Barbara and me and told us what was happening, what he did and he reinjured his rib and he was really worried about it”, said Nicklaus. “I sympathize with that. The U.S. Open is a big thing in his career. And I sort of thought the Memorial Tournament was, too. And he supported us. He’ll come to play every year he can.”

“Today you get an eight year old and they say, oh, no, they can’t play that sport. They’ve got to stay and play summer soccer or something that’s going. How can they get to the next level if they don’t play that at five years old. Come on, give me a break. That’s what they have today. You’ve heard that, you constantly hear that. I think it’s wrong.”

“I played every sport. I played in a rec basketball league, I came home every Monday after playing a tournament and played in a rec basketball league until I was 40 years old. Did I play everybody? Of course I didn’t play everybody. I wasn’t home. But I played a lot. Do I think that kept me healthy? You’re darn right. I played a lot of tennis. I played tennis right through the golf season. Did that keep me healthy? I think so. Everybody said you can’t play tennis and golf together, fooey, that’s ridiculous. To me I think you develop your body.”

“Guys who have specialized and all the exercises they’re doing today are specialized for the game of golf. They’re not specialized for a broad spectrum of the body. And I think when they get that I think it hurts, they get a little injury and it’s so specific, it’s not broad.”

“That’s where I come from, as far as I think guys need to do something else with their stuff, rather than going and doing just specific exercises and you hurt yourself.”