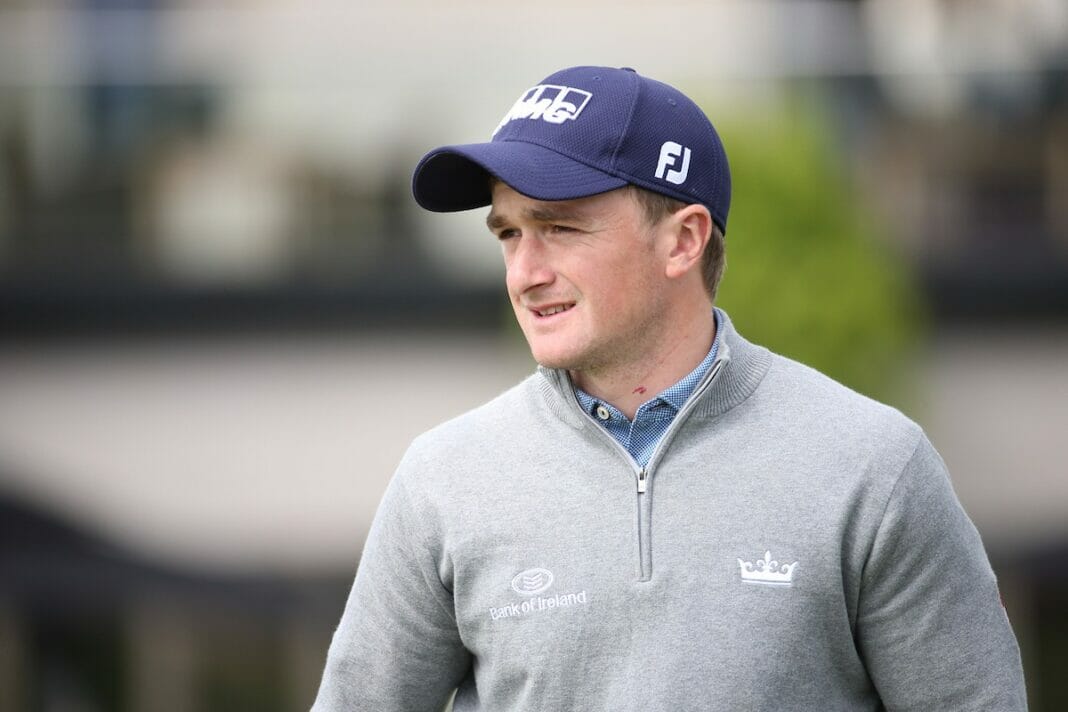 Paul Dunne is headed Stateside after brilliantly qualifying via a play-off for his first U.S. Open next fortnight at Erin Hills in Wisconsin.

Dunne posted scores of 67 and 68 to be among seven players tied in 12th place at nine-under par on the Walton Heath course just to the south of London where England’s Aaron Rai grabbed top qualifying honours with rounds of 66 and 64 for a 14-under tally.

It turned it a long anxious wait for Dunne following his round before then having to endure the play-off, and with the top five into the $US 12m event starting on June 15th in suburban Milwaukee. It was very much a case of second time lucky for the 24-year old Dunne who was at Walton Heath a year ago but missed qualifying by five shots with scores of 71 and 76.

Dunne has been in good form the last few months going close to capturing victory in the Hassan 11 Trophy in Morocco. He also finished top-30 last Sunday at the BMW PGA Championship including breaking 70 for the first time all week with a final day 69.

It will be Dunne’s his first US-based Major and his third overall after two prior Open Championship showings.
“I’m really looking forward to the US Open,” he said.  “And I am definitely not treating it as a bonus week.”

“I am trying to make the top 20 in the Race to Dubai and there’s a $12m purse, so it’s a big week for me to do well and make a big dent in that goal. I am obviously going to the US Open to compete. Nobody arrives just to make up the numbers.”

“Of course, I have never played a US Open, but I want to play in all the majors so it will be a good first experience and hopefully I can do better in my first US Open than I did in my first Open when I missed the cut”.

The only downside to his Walton Heath efforts was that he missed his flight to Sweden for this week’s Nordea Masters but then given what lies ahead in Wisconsin I don’t think Dunne was too worried.

However, it was heartache for triple Major winning Padraig Harrington who missed out by some 10 shots with rounds of 77 and 68.
Harrington never really recovered after being five-over after just five holes and managing just two birdies on the Old Course before a better showing of five birdies and just the one bogey on the New Course.

Harrington was then headed to nearby Heathrow Airport and bound for Columbus, Ohio and Thursday’s starting Jack Nicklaus-hosted Memorial.

It will be Harrington’s first PGA Tour event since missing the cut in the Honda Classic before he then returned home for surgery of his nagging shoulder injury.

Joining Harrington in Ohio will be Shane Lowry who again went so close to victory on Sunday at Wentworth.

There was some comfort for Lowry who, as he had hoped on Sunday after his round, jumped seven places on the World Rankings and moved back to World No. 69.

Harrington’s missed cut at Wentworth has seen him drop one place to No. 171.

Rory McIlroy continues to retain his No. 2 ranking while Graeme McDowell staying at No. 87 after his T29th in Texas.