Shane Lowry produced a flawless back nine on moving day to post a third round 70 and keep his BMW PGA title hopes alive.

A win at Wentworth would be Lowry’s first victory in nearly two years and would propel him back into the world’s top 40.
“I can’t wait for the final round” Lowry said.
“I think mentally I was just very good. Even after I had a bad bogey on the ninth, where I missed a short putt, I just kept going, kept grinding out and just kept making pars.”
“Eventually, I made a nice eagle on 12 and managed to birdie 17. Yeah, delighted with my day’s work. Really looking forward to tomorrow.”

Lowry has always loved the challenge Wentworth provides with a second place and another two top ten finishes already under his belt.
“It’s like Augusta, and the greens are really firm,” he said. “It’s hard to control your ball and you need to just get out there and grind it out. That’s what I do well on a tough golf course. I love playing tough golf, and this is one of these weeks that’s like that.”
“I’ve been there on this course a couple of times before. I haven’t quite got the job done but hopefully, I can get out and get it done tomorrow.”
“Hopefully I can get out and get off to a good start and put myself in the mix with five or six holes to go.”
Sitting four shots ahead of Lowry is Australia’s Andrew Dodt who will look to resist a world-class chasing pack which also includes Open Champion Henrik Stenson, Lee Westwood, Branden Grace and Francesco Molinari in the final round of the BMW PGA Championship at Wentworth Club.

Dodt fired a sparkling 68 in testing conditions over the West Course to charge up the third round leaderboard and end the day on eight under par and in possession of a one stroke lead over Grace; with Westwood and Molinari tied for third place on five under.
Stenson sits alongside Shane Lowry and the Japanese Hideto Tanihara on four under, while the English quartet Ross Fisher, Tyrrell Hatton, Andrew Johnston and Graeme Storm joined Thai Kiradech Aphibarnrat, Welshman Bradley Dredge, German Maximilian Kieffer and Scotsman Scott Jamieson five shots off the lead.
The elite field gathered for the first ever Rolex Series event had been treated to glorious sunshine and calm winds over days one and two, and while the sun continued to shine on the revamped West Course, increased gusts made it a different proposition.
Dodt has two European Tour wins to his name – both coming in Asia – and enjoyed an excellent start to the season with back-to-back top threes before the turn of the year. 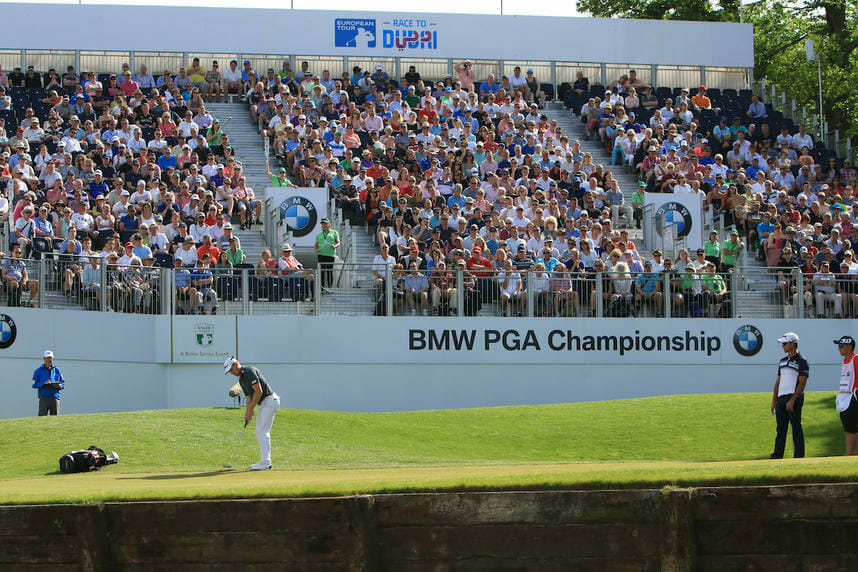 “I’ve been working pretty hard on the mental side. I think that helped me today for sure and probably my short game as well. I needed to tidy it up a bit over the last few months and I didn’t need it too much today because my long game was pretty good. It all feels pretty good.” Said Dodt.
“There will be a few nerves, a lot of nerves there but I’ve just got to try to do what I’ve been doing the last three days and if I can do that, I can give myself a chance.”

Victory on Sunday would represent the biggest win of his career and he will have to be at his very best to hold off the challenge of a hungry chasing pack.