Lowry ”I’ve Worked My Nuts Off” Post second round 74 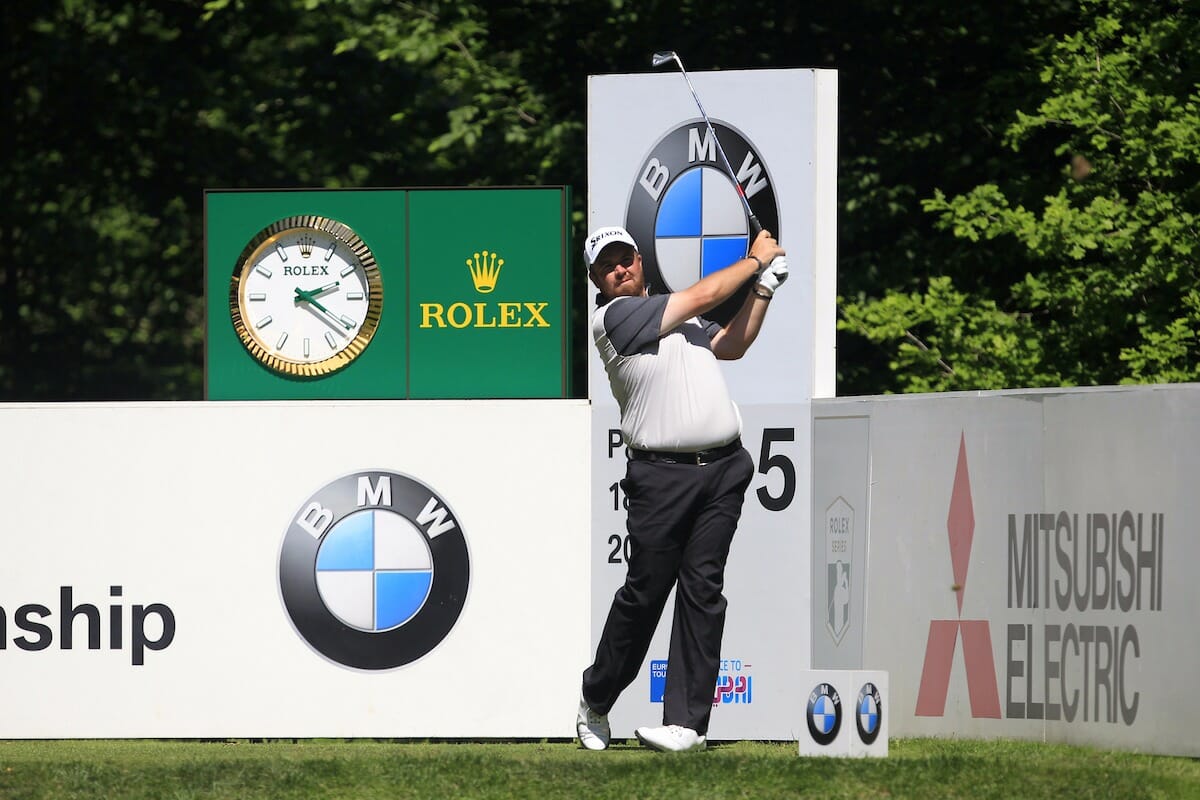 Shane Lowry ripped into his critics declaring “I have worked my nuts off” after struggling to shoot a 74 on a disappointing day two at the BMW PGA at Wentworth.

The Clara professional went into the second round just two shots off the lead but slumped to be just inside the top-20 at two-under par.
Three players – Scotland’s Scott Jamieson along with Belgian Thomas Pieters and very inform Francesco Molinari – shared the lead at seven-under par

Lowry still finds himself the leading Irishman but was very downhearted in letting slip building on Thursday’s solid 68 and, if anything, Lowry’s one comfort was to birdie the last.
“I don’t feel like I got as much out of today as I deserved”, he said.
“I wasn’t great off the tee, but it was a tough day. Obviously had a couple of putts there that was absolutely robbed. Still don’t know how they didn’t go in.

“But it was nice to birdie the last but then two-over 74 is not a great score, and it feels a lot better than 75, believe it or not (smiling).”
However, Lowry is who looking to win for a first occasion in nearly two years after capturing the WGC – Bridgestone Invitational, showed a touchy side when quizzed about his round.
“I’m not struggling on the greens and I’m sick of people talking about it and I’m sick of listening to it to be honest”

“I’ve worked my nuts off all year, and I finally turned around the last few weeks and I’m still listening to people talk about it”
“I’m happy where my game is and I’m looking forward to the summer”.
Lowry’s overall round was much a sour cocktail of two birdies, at the fourth and 12th holes, but twice as many bogeys including back-to-back dropped shots at five and six, and then again at 13 and 14 but on each occasion after posting a birdie.

“I’m just happy that that’s over as it was tough and it being so windy and it was hard to club,” he said.
“It was hard to get the ball pin-high. It was one of those days, it was really, really tough.
“I’m still in good position going into the weekend, and what’s that I did.
“I’m on 2-under now and five behind and hopefully get out a couple hours before the leaders tomorrow and post a few birdies on the board and see where that takes me.”

Paul Dunne also battled in the tough conditions to be four over his round through 10 holes ahead of his only birdie at the par five, 12th hole in a score of 75 to be at two-over par and just outside the top-50.

Padraig Harrington sandwiched three birdies at 16 and 17 along with three bogeys in between bogeys at his first and last holes in a round of 73 and 74 for a three over par total to miss the cut by one.

Also at three-over and missing the weekend is Damien McGrane who dropped three shots in his last two holes finishing 6,7 on Wentworths closing par 5s to miss te cut by one while Neil O’Briain was also heading home with scores of 82 and 77.