Moynihan into the quarter final of Spanish 9 hole shootout 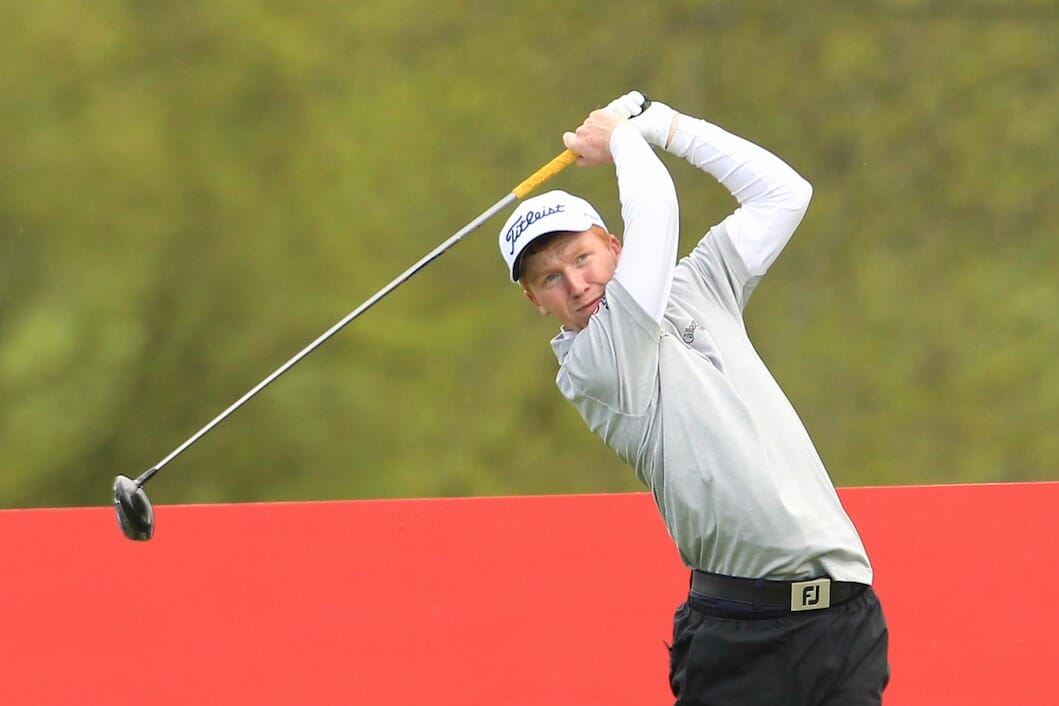 Gavin Moynihan carried on his hot streak in the Spanish sun, winning both his matches today to progress to the quarter final stage of the Andalucía Costa del Sol Match Play 9.

The Island professional had edged into the weekend after a second round 67 left him in an 11-man shoot-out for five spots making up the 32 qualifiers.
“I was the bad side of the draw for the opening two rounds.” Said Moynihan.  It blew a gale for both rounds but I have been playing well lately. I was cruising the first day on -3 through 14 and had a treble bogey from nowhere and then made bogey up 18 . To shoot over par that day was pretty annoying and I wasn’t very happy on Thursday night. To top it all off I didn’t feel too well that night either as I had a bit of a dodgy stomach, I didn’t sleep well and didn’t feel good at all going to the course for the second round.”

Moynihan dug deep on his back nine on Friday as he birdied three of his last five holes to make the 11 man playoff for 5 places.
“I played really well on Friday to shoot four under. That was at 1:30 and I had to stick around for the playoff which was not until 8pm so it was a long day. I stitched a wedge into 5 foot on the first playoff hole and holed the putt for birdie which was a very nice way to qualify.”

Moynihan continued this form today as he beat Scott Fernandez in his round of 32 match early this morning 3&1. He then had to face home favourite Pablo Martin Benavides in the round of 16 in the afternoon.

“The match this afternoon against Pablo was probably one of the best matches I have ever been part of, we both played really well. I think we were 5 and 6 under for the thirteen holes we played and I birdied four of my last five holes of the match. He is a local lad so there was a decent Spanish crowd out following us, so it was nice to play so well and come through.”
With a guaranteed Top 10 secured , Moynihan will now get another start next week with the top 10 rule.

“I have a guaranteed three matches tomorrow so I will just take each match as it comes but I’m really looking forward to it. Since the end of February my game has been good and the win a few weeks ago and playing well in Turkey helps the confidence too.”
“I am really looking forward to tomorrow, I am playing Marcus Kinhunt. I know him well and he is a very good player so it should be a good match. “