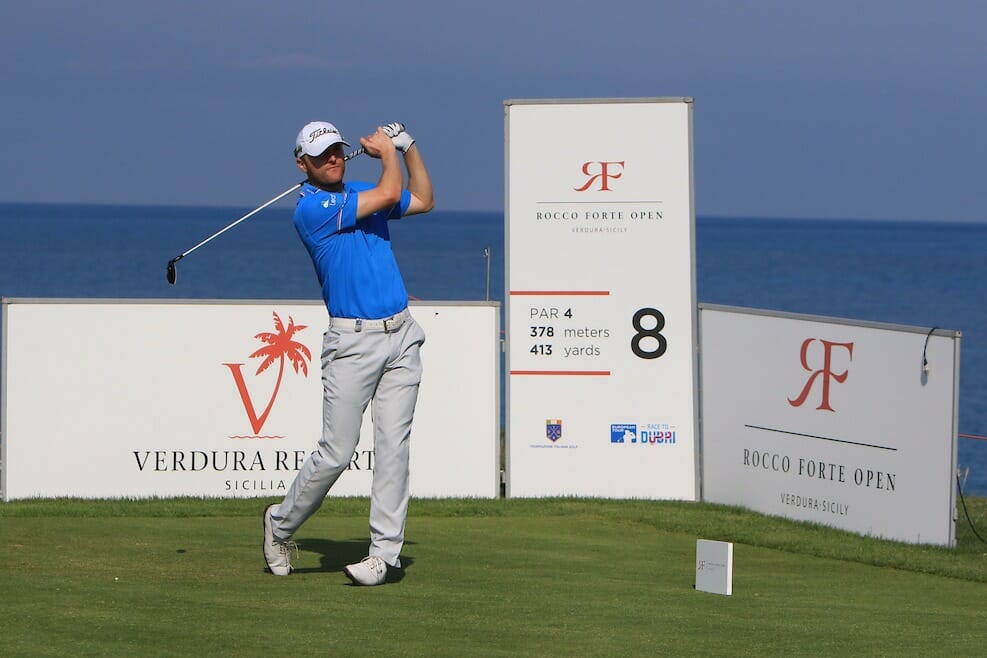 Michael Hoey followed up his brilliant opening rounds of 61 with a 68 on a day of tougher scoring day to sit in second place two shots behind Alvaro Quiros at the The Rocco Forte Open Verdura, Sicily and set his sights on regaining his European Tour card.

Hoey went birdie-bogey on the second and third but then rattled off gains on the fifth, seventh and ninth to turn in 33. Another birdie on the 11th then helped leave him 14 under and he and Lombard went four shots clear of the field.
A bogey on the 14th stalled Hoey’s progress but he picked the shot back up on the 17th before missing the green and finishing with a dropped shot.
“It was hard towards the end, I used up a lot of adrenaline yesterday. I hadn’t been in that position for a long time, to feel nervous on the golf course. I was a little bit tired on the last seven or eight holes. I got it in level par the last few holes which was decent and it was tricky in the wind. It’s all about the next two days, I’m in a good position” said Hoey.

“I think the next two days, it’s going to be pretty windy but here it changes a little bit as well on the coast. It’s what makes the golf course, the 18th was driver-four iron for me there, instead of maybe driver-eight iron, so it’s a big difference.”
“I’m going to go jump in the Mediterranean now, it looks nice down there and I want to go for a swim, try not to hurt my feet on the stones down there! Then I’ll get a little bit of rest, a bit of physio, the usual stuff.”

Two strokes ahead on -15, Quiros continued his recent resurgence to take the midway lead.
The Spaniard reached 21st in the Official World Golf Ranking in 2011 but after making swing changes shortly after, he has dropped to 703rd and does not currently hold a card on Tour.

A win this week at Verdura Golf Club would take care of that and he followed his opening 63 with a 64 to get to 15 under and lead Michael Hoey and Sebastian Soderberg by two shots.
He is 23 under for his last three rounds and spoke after the first round of how he was taking his game back to the fundamentals that won him six European Tour titles – a plan that appears to be working. 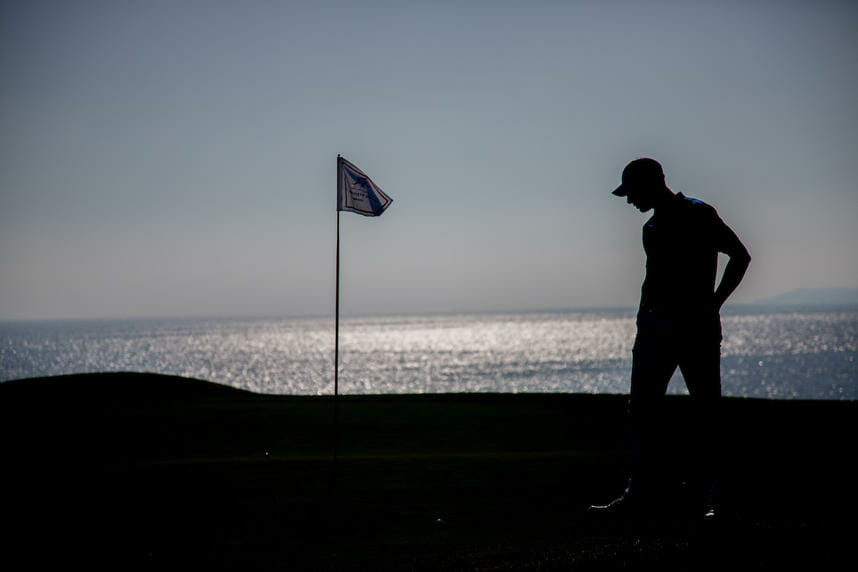 Quiros opened with eight pars but after using his distance to eagle the ninth, it was the putter that brought him home in 30. He birdied the 12th and then finished with four in a row from the 15th, all coming from putts of beyond 12 feet.
“It’s a very nice situation,” he said. “It’s a long time ago since I had the option. My game today was a little bit worse than yesterday but my putting on the back nine was unbelievable so I’m very happy with it.

“Sometimes I’ve been very greedy, trying to force myself into a better score when the game wasn’t good and today I have to be proud of myself. Eight consecutive pars was the typical situation for me to blow my mind because I’m not shooting low. Today was a big step mentally speaking, trying to be patient.
“I’m not going to fix my situation in one day or one tournament so hopefully I can keep working, still adding good rounds and hopefully at the end of the year come back to the Tour.”

Further down the board, West Waterford’s Gary Hurley, who had been third last into the field, posted a round of two halves. Hurley grabbed five birdies over his outward nine but then recording nine pars in his homeward half.

It handed the 26-year old a round of 66 to be right in the mix at nine-under.

Hurley’s effort also is his lowest opening 36-hole low since he went 13-under and on route to a Tour career best of T4th in last year’s Challenge Tour Montecchia Open by Lyoness in Italy.