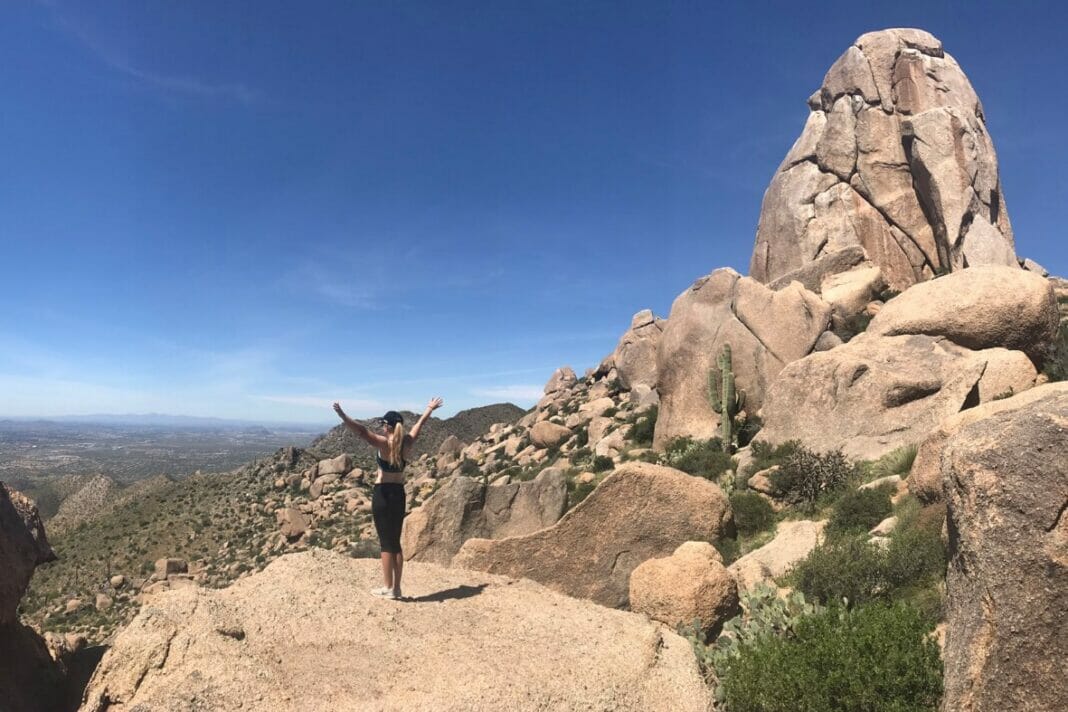 Continuing her series of guest columns for Irish Golfer, Stephanie Meadow talks about the last few weeks and how she’s had a different kind of experience.

It’s been all go since my missed cut at the Founders Cup but there was some consolation in that it was an LPGA record for the lowest cut in a tournament. My coach Jorge and I sat down and there were definitely a few things to take from it. Mentally I pushed too hard when I got over par and if I just played my game I would’ve been fine. But at the end of the day bad rounds happen and that’s all it was, one bad round. I wanted to work on my tournament sharpness and as it happened there was a Symetra event on in Scottsdale. It’s not quite the LPGA Tour so I was trying out some things, and though I didn’t give a great showing, it was the type of experimental week I needed.

Obviously when you miss cuts it isn’t the greatest feeling in the world but it wasn’t like I felt I couldn’t make the cut, which is a scary feeling professional golfers can get! I still felt pretty good. I had a bit of time off to get things going and took advantage of that both on and off the course. I climbed Tom’s Thumb which was a nice change from my gym routine. Focusing my energies on not falling was quite the workout. The view from the top over Arizona was spectacular. I even saw a rattle snake on the way up which was pretty weird. I also got to see Eric Church live. I’ve become a bit of a fan of country music since being over here. I hope you don’t hold that against me. I went to school in Alabama and that’s what they listen to. But he was fantastic. It was probably the best concert I’ve ever been to and had me nice and relaxed heading for the LOTTE Championship in Hawaii.

I was confident going into Hawaii and even made short work of my six-hour airport layover in Dallas by fitting in a workout and a spa. Best layover ever! Jorge came up the week before and we were working on a few different things. My hands were starting to get quite high at the top and that was the result of a shoulder injury, but it was starting to get ingrained in my swing unfortunately. So we were really working on getting away from that while maintaining everything else. It was a bit of a different preparation in that sense but by the time I got there I was feeling confident.

The tournament turned out to be quite stop start. It was one of those things, thirty minutes here and there for passing storms. On the second day I got to the 15th tee with the rules official hovering around so you knew they were going to try call it, but we were anxious to keep going. It was flat calm which is very unusual in Hawaii. We hit up to the green as fast as we could and I’d left myself a six footer for birdie, but it was pitch black. I knew the cut line would probably be two shots better than I was so I had that putt to sleep on knowing that if I made it I’d only need one more. To know what I had to do and go out there and do it was awesome. In the morning I walked around the putting green to find a putt that I thought was similar. It was pretty dark when I read it the night before and I thought it was left edge, but when the time came it was a long way from left edge. But I wasn’t going to miss that cut! After being so close to not making it I guess I was happy with tied 53rd. It could’ve been better, could’ve been worse but I was just happy to see some improvements.