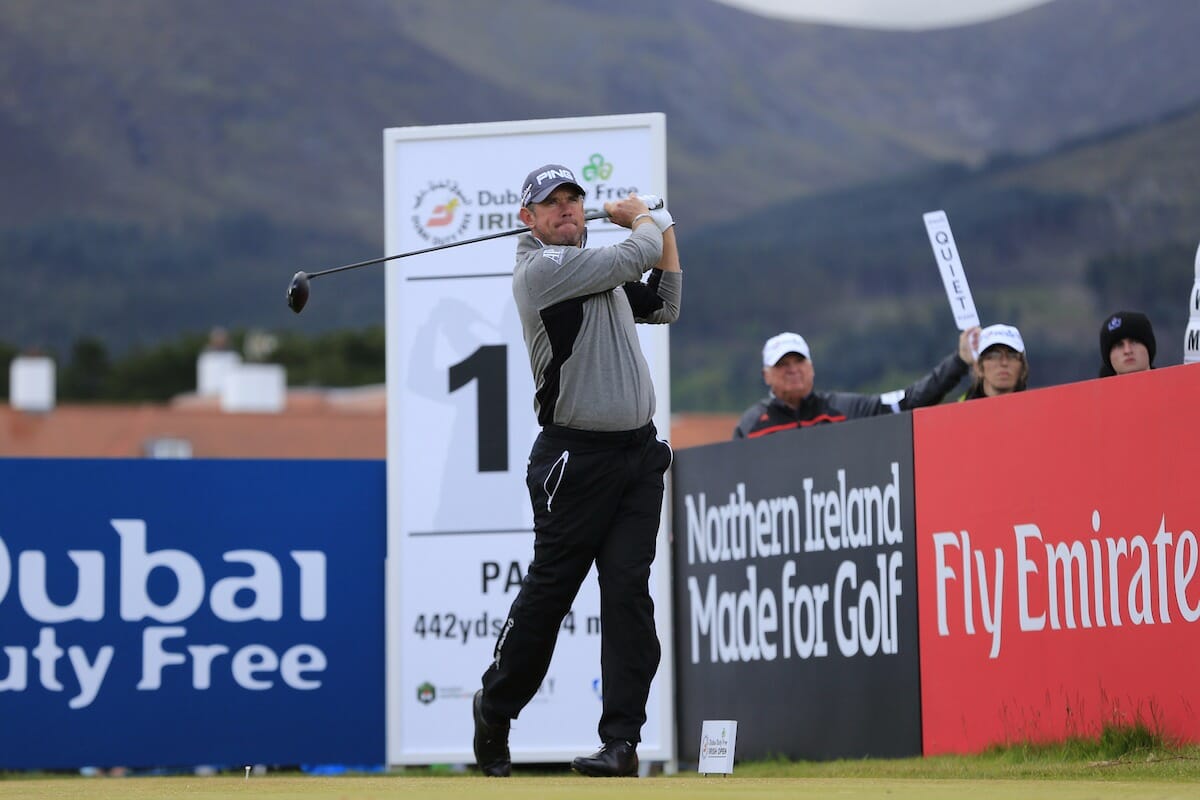 Ten-time Ryder Cup player Lee Westwood and 2016 Masters Tournament Champion Danny Willett have confirmed their participation for the Dubai Duty Free Irish Open Hosted by the Rory Foundation, where they will be joined by fellow English superstars Tyrrell Hatton and Tommy Fleetwood.

Along with the recently-announced Justin Rose, they will add to a world-class English contingent at Portstewart Golf Club, where they will attempt to dethrone the reigning champion – four-time Major winner and tournament host Rory McIlroy.

With a host of big names still to be announced, this year’s Dubai Duty Free Irish Open, taking place from July 6-9, is expected to be the biggest in the tournament’s long history – bolstered by its new status as one of the eight prestigious Rolex Series events.

The prize fund has increased to a record US$7 million, while the tournament will also benefit from significant investment in the fan and player experience, as well as the digital and broadcast product.

Golf fans can now purchase tickets to watch these superstars of the game, and many more, at www.dubaidutyfreeirishopen.com.

Westwood has a strong record in the island of Ireland’s national open championship, with a tied tenth finish at the K Club last year adding to three top fives and two further top tens, and the 23-time European Tour winner is looking forward to returning.

“The Dubai Duty Free Irish Open has always been one of the highlights of the European Tour season and, with it now being part of the Rolex Series, I’m sure it’s going to be even bigger this time around,” said Westwood.

“Going back to a links course this year definitely adds to the appeal for a lot of the guys and I’ve heard great things about Portstewart Golf Club so hopefully I can bring some form into the week and play well in front of the Northern Irish fans – who were fantastic in 2015.”

Meanwhile Willett returns having played in the final group alongside McIlroy on the final day last year. He also enjoys solid form in the event, with three top ten finishes in six appearances, so is sure to be confident of adding to his five European Tour victories at the Country Derry/Londonderry venue.

“I love playing in front of the Irish golf fans,” said Willett. “They’ve always given me a great reception, right back to when I played the Walker Cup in Northern Ireland in 2007, and I think that’s part of the reason why I have played so well there in the last few years.

“It’s good to get some links golf under your belt in the run-up to The Open Championship and I’m sure Portstewart will provide great preparation.”

Hatton claimed his first top five finish of the 2016 season at the Dubai Duty Free Irish Open last year and that proved to be a sign of things to come, the 25 year old going on to win the Alfred Dunhill Links Championship, and has rocketed to 16th in the Official World Golf Ranking.

He also finished in a share of fourth at Royal County Down in 2015 so he will no doubt be brimming with confidence heading to Portstewart in two months’ time.

“I absolutely love links golf,” said World Number 16 Hatton. “You can see that by my recent results at links courses – the win at St Andrews and a runner-up at the Aberdeen Asset Management Scottish Open last year – I love playing these courses and this will be my first links tournament of the European Tour season so I can’t wait to get to there in front of the Irish fans.

“The Rolex Series is a really exciting concept for the European Tour and this run of events gives us some great practice in the lead up to the Open Championship, but the only thing I’ll be thinking about at Portstewart is winning and with my recent form in this event, I’ll be feeling pretty confident.”

Fleetwood has enjoyed a flying start to the 2017 Race to Dubai, beating Dustin Johnson and Pablo Larrazábal to the Abu Dhabi HSBC Championship in January and adding two more runner-up finishes – including at the WGC-Mexico Championship and Shenzhen International – and he now sits in second place in the Race to Dubai.

His best result in the Dubai Duty Free Irish Open came in Northern Ireland in 2015, and he is hoping to carry his impressive recent form into the July showpiece.

“It’s going to be a great event and I’m really looking forward to playing it,” he said. “Rory’s a great guy and he is excellent for the European Tour, and put that together with the Rolex Series factor and it’s just going to be brilliant.

“In amateur golf we played so many of these great links courses and you turn pro and you don’t get that luxury anymore, so I think it’ll be fantastic. I’ve never been there so I’m really looking forward to going because it’s such a highly-thought of course.

“That run going up to The Open Championship is fantastic. It’s a great idea and I’m looking forward to getting to Northern Ireland.”

Tickets for the Dubai Duty Free Irish Open hosted by the Rory Foundation are on sale at www.dubaidutyfreeirishopen.com, and begin at £20 for Pro-Am Wednesday, with tickets for Thursday and Friday costing £40 and day tickets for the weekend costing £45.

An adult season souvenir ticket, which covers five days of world class golf from Wednesday to Sunday, costs just £100 (a saving of £90 over the course of the five days).

Concessions are available for customers aged over 60 and between 16 and 21, while children under 16 are permitted free entry when accompanied by a ticket holding adult.