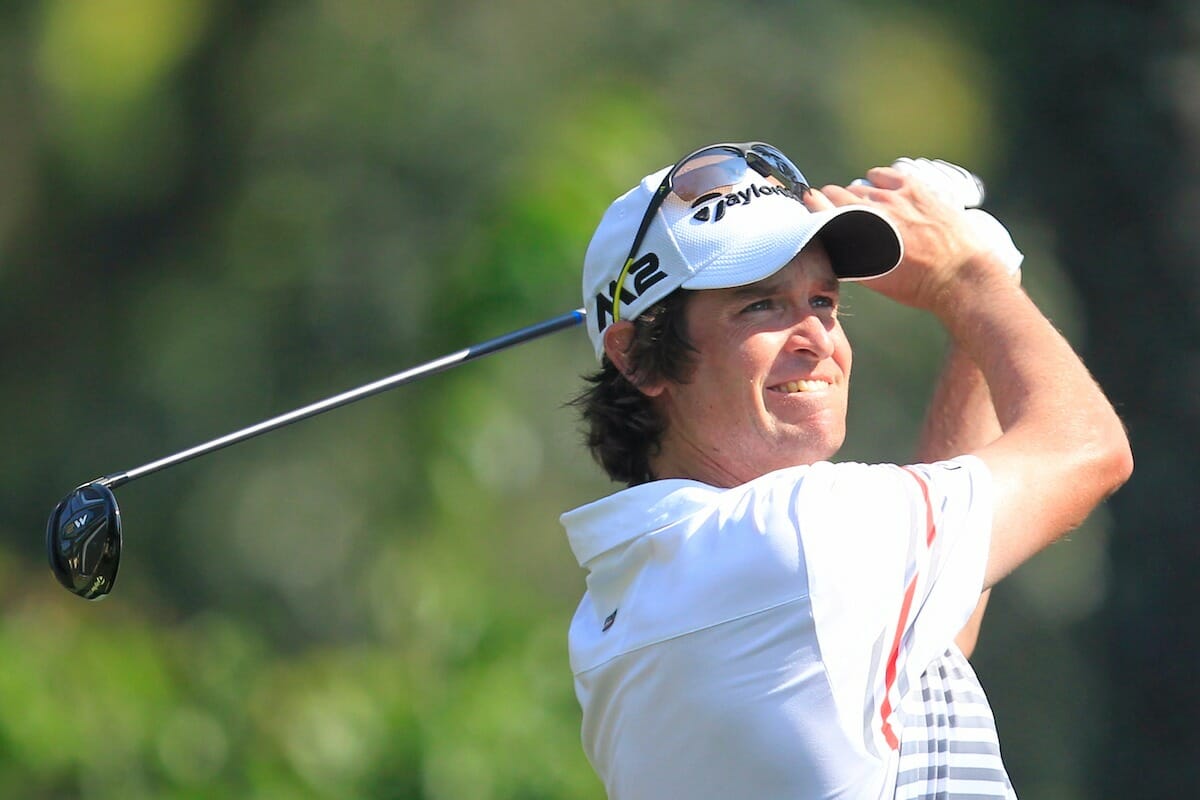 It was a day for low scoring during the opening round of the HotelPlanner.com PGA EuroPro Tour’s Great National Hotels Irish Masters in Ballykisteen as 72 players of the 156 man field broke par.

At the top of affairs James Ruth shot an unblemished opening-round 65 to lead by one stroke on seven under par. Ruth made the most of fine afternoon conditions to close the day one ahead of Greg Payne Five players are two back on five under.
Ruth made four birdies on the front nine and three more coming in, however he felt his first round could have been even better had he taken chances on the last two par fives.

“I played really well today,” he said. “I only missed one green but didn’t get myself in any trouble. I missed a few good chances at the end on the 16th and 18th, two par fives, which was a little disappointing but on the whole I played really well and hit it close to the flag.
“I had been feeling really rough since Monday so I wasn’t expecting too much today but it was nice to go out there and play well. It is a really nice golf course. It makes you think and there is a real mixture of holes – you can be aggressive if you want to or play sensibly. I was fairly sensible today and that paid off.
“Having the lead won’t change anything for me tomorrow – I will play it in exactly the same way.”

Leading the Irish Challenge after day one is Naill Turner as the Corkman finished with four straight birdies to lie in a tie for third at -5.
The Great National Hotels Irish Masters continues with the second round on Thursday, before a cut to the leading 50 professionals and ties is made ahead of Friday’s final round. The winner will take home a £10,000 winners’ cheque from a total prize fund of £50,000.
Spectator entry is free throughout the event and live scoring is available at www.europrotour.com. Highlights from the Great National Hotels Irish Masters will air on Sky Sports on Tuesday, May 23.