Lowry knuckles down for 10 events in next 14 weeks 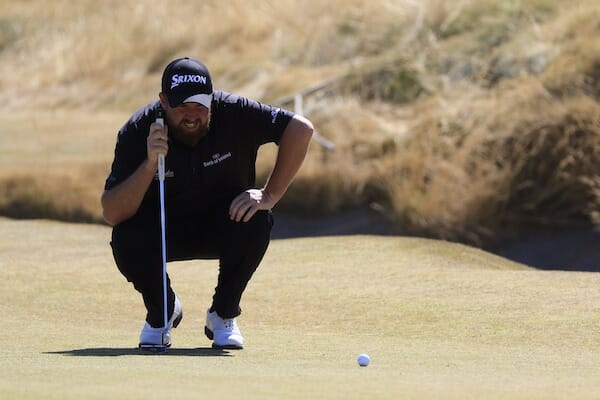 Shane Lowry has returned to competition for the first of 1o events in the next 14 weeks looking to secure a place into the event he won in the States two years ago – the WGC Bridgestone Invitational.

Lowry kick-starts his busiest part of the season teeing–up in this week’s Wells Fargo Championship at Wilmington on the North Carolina Altantic shoreline.

The $US 7.2m event has moved from Quail Hollow in Charlotte, and where Rory McIlroy captured a first PGA Tour title in 2010 and again in 2015, for just this one year given the PGA Championship is being staged at Quail Hollow in August.

Lowry got his first look at this week’s Eagle Point course yesterday (Tues) and playing in the company of American Boo Weekley. Suffice to say, there was never a dull moment throughout the practice round.

“Boo is just unique and some of the tales and one–liners he came out had me in stitches but that’s just Boo,” said Lowry.

On the serious side, Lowry tees up this week having dropped to World No. 70 and while he is into the remaining three Majors he has to be inside the top–50 if he is to qualify for the Bridgestone.

“This is the start of a very important stretch for me that includes next week’s Players Championship, the BMW PGA, three Majors, the French, Scottish and Irish Open’s and hopefully the Bridgestone”, he said.

“I know if I can play well over these three months the possibilities of what you can do are endless, and particularly over here in the States. I am coming off a good two week break at home and very much looking forward to playing well as this time of year I do seem to play well around this period of the season.”

“I have finished second, fourth and sixth at Wentworth, I went so close to victory last year at the US Open and we know what I achieved two years ago at the Bridgestone. So I would like to think I can do well and can continue to do well in this mid part of the year but then I am not into the Bridgestone so a good result here or there will take care of that.”

Lowry will tee up 12.34pm Irish time on Thursday in the company of double Major winning Zach Johnson and Ben Martin.