McDowell forgoes wedding of the year and reaps rewards 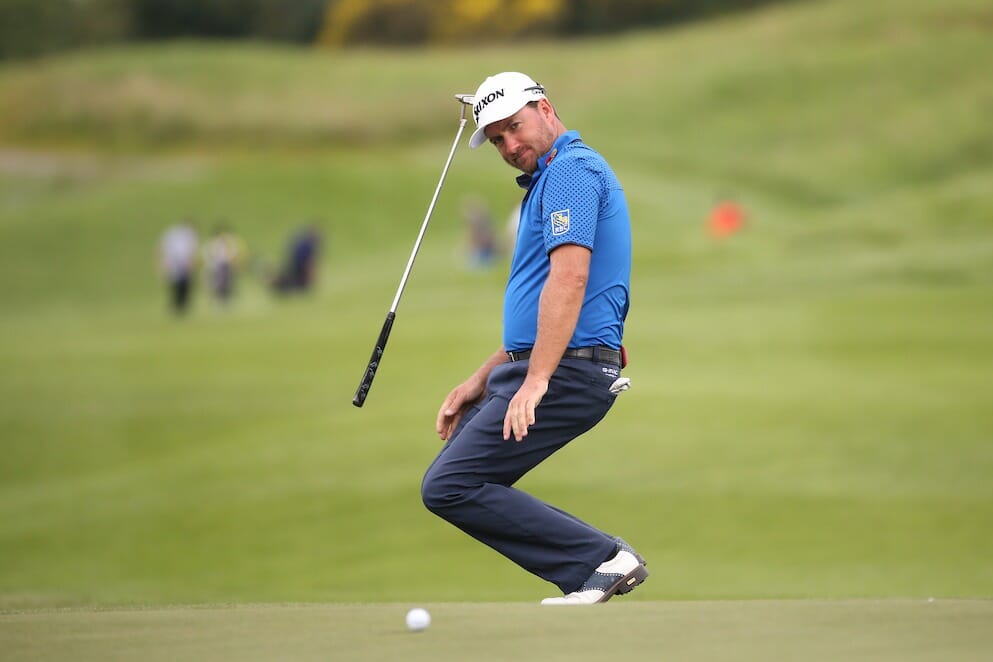 Four days after the frustration of a cold putter at Hilton Head and Graeme McDowell needed just 22 putts to muscle his way to contention early on day one of the Valero Texas Open in San Antonio.

McDowell’s decision to skip the Saturday’s “Wedding of the Year” reaped immediate dividends with his best start all season around the TPC San Antonio course as he grabbed seven birdies in a four-under par 68 to be in the clubhouse trailing just two behind South African Branden Grace.

The effort is McDowell’s best opening round in his ten events this season and a shot less than the 69 he recorded on day one of last February’s Genesis Open in suburban L A. – the only occasion this New Year McDowell has commenced a tournament with a sub-70.

“I am really happy with a 68 as I swung the club really well today and while there were a couple of loose irons shots, the putter that was cold last week at Hilton Head was hot today here in San Antonio,” he said. “This is only my second time here but I have always liked the way this golf course sets up for me. So, clearly happy to get off to a great start.”

“The key to my round was that I birdied three of the par 5s except for the 18th that was playing long today, but then I produced some decent wedge play early on to set-up some chances. Once on the greens, I felt really good and felt if I could give myself a good look at anything inside 30-feet they had a good chance of going in.”

Indeed, McDowell kick started his round holing a 23-footer at the second and then also birdied the next with a laser-like 170-yard over water at the par three, third to just three feet. He birdied 9 and 10, dropped shots at 11 and 12 but bounced back with birdies at 13 and 14 and holed a 23-footer for birdie on 17.

The round makes amends for two years ago when an ankle injury forced McDowell out of the first round.

McDowell and his wife, Kristin had been afforded an invitation to attend Rory McIlroy’s wedding this Saturday at Ashford Castle, but the McDowell’s politely declined so that McDowell could focus on securing a first PGA Tour victory since late in 2015.

Wicklow’s Paul Dunne continued his good form and shooting a two under par 70 on day one of the rain-affected Shenzhen International in China.

Dunne, who lost out in a play-off in last Sunday’s Hassan II Trophy Open, bounced back from a double bogey 7 at the fifth hole to then post five birdies from the seventh to the 15th holes on the Genzon course.

Pick of the birdies was chipping-in from the fringe at the par four, seventh.

It handed Dunne a share of 18th place and four behind double Masters winning, Bubba Watson who shot a six under par 66 and ditching a pink golf ball for the traditional white version.