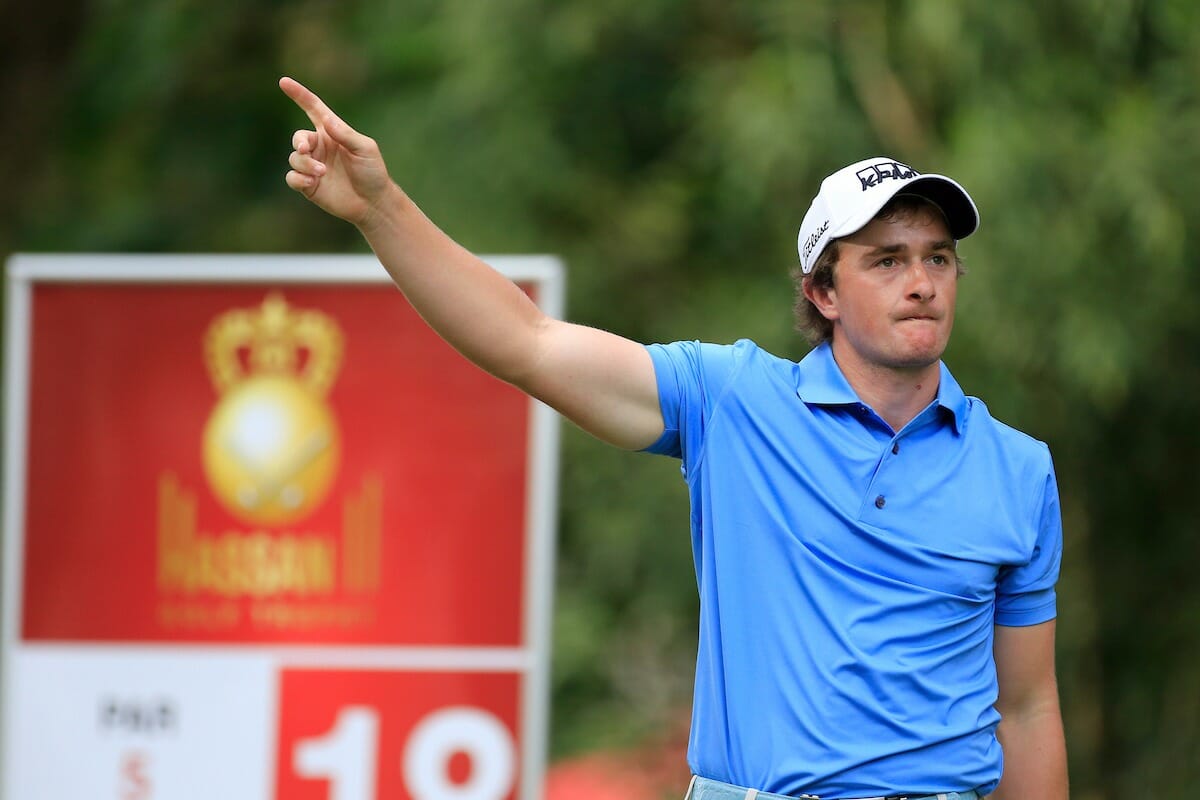 Paul Dunne took one huge step towards a maiden professional title after the Irishman opened up a two-shot lead heading into the final round of the Trophée Hassan II in Morocco.

The 24 year old famously entered the final round of The 2015 Open Championship in a share of the lead, while still an amateur, and he will be hoping to learn from the disappointing final day he endured at St Andrews that day as he takes a lead into the final 18 holes for the first time in his professional career.

Dunne began brightly at Royal Golf Dar Es Salam, opening with a birdie before adding two more for a three under front nine. He picked up a shot each at the tenth and 12th holes to move three clear but a double-bogey at the 13th pegged him back.
Having found the rough with his drive and then again with his second shot at the long par five 18th hole, he managed a superb up-and-down courtesy of a delightful 25-foot putt for a closing birdie and a four under par 69 to move to an eight under total.
“I’ve been playing well recently and I haven’t played a tournament for four weeks with the break we had so I felt like it took me a while to get going with my swing this week.

“But today was a much easier round that the last couple of days. I didn’t putt as well as I did in the last couple of days but I hit the ball a lot better. I’m really pleased, I’ve been doing some good work and I’m happy with where I am.”
Dunne has been swinging well after a four week break and knows he can draw on the experience of his disappointing final day at St Andrews.”
“I’ve been hitting it straighter than I have in the past too and that helps around here.” Said Dunne
“I can definitely learn from The 2015 Open. St Andrews is so different, there were thousands of people there and it’s a big amphitheater atmosphere.”
“At St Andrews I wasn’t expecting to be leading there and it was a bit of a bonus. Now, I’m kind of expecting to be leading if I play well. It’s different, I feel like I’m more ready to win than I was then”
“I feel like it’s something I should do rather than like the end of a great story. I will learn from it but it will be a different atmosphere tomorrow.”
When asked what he feels could get the job done tomorrow the Greystones professional knows exactly what he needs to do.
“If I break 70 again I think it’s going to be hard for someone to catch me so I’m just going to try and do that.”

Another promising young star of European golf, Renato Paratore, put in the performance of the day as the 20 year old Italian carded a seven under course-record 66 to move from one shot off the cut line to second place on six under. Spain’s Pablo Larrazábal, Paul Waring of England and Dane Lasse Jensen were all a shot further back on five under.