Your support means so much to me

IGM are delighted to welcome new columnist Stephanie Meadow. Each month Stephanie will keep us updated on her exploits stateside and we’ll all be watching her progress and cheering her on

So, this is pretty exciting, I’m getting to write a magazine column! It’s always nice to get an opportunity to keep people at home informed as to what I’m doing out here on the LPGA Tour and through these articles I hope to do just that.

Hopefully I’m not jumping to conclusions but I think a lot of people maybe aren’t quite as aware of the women’s side of the game as they would be the men’s. That being said, I’m delighted to partner up with the guys here at Irish Golfer Magazine who I know place a huge focus on the women’s game. Together I think we can put women’s golf well and truly on the map!

Let me first say that I’m eternally grateful for all the support I receive from home. I know a whole bunch of ladies at clubs across Ireland that are always keeping up with me, and even though we may never have met, I can assure you your support doesn’t go unnoticed. I recently signed a sponsorship with Investec and this partnership means so much to me and it’s yet another invaluable connection to home. I’ve also started wearing Sketchers apparel and hopefully there’ll be more opportunities to come.

You’re probably wondering at this stage, so how’s my golf? I was really happy with my first tournament of the year in the Bahamas. I didn’t finish the way I would’ve wanted but for three and a half of the four days I played really solid. I’m seeing some major improvements in distance and overall we’re headed in the right direction. I’ve basically had another mini off-season since the Bahamas in January so it’s great to finally be back in tournament mode.

A lot of work has gone into the past few weeks. My coach Jorge Parada and I started working together about a year and a half ago and I saw recently that we’ve exchanged 897 photos and videos since we teamed up! He calls me ‘Mrs High Maintenance’ but that’s just who I am. I like to check on this golf swing of mine. I change very quickly, a lot quicker than any of his other students apparently. He’s just started working with Suzann Pettersen who I played nine holes with in preparation for Phoenix. I was only like 15 yards behind her which I was pretty pumped about!

Away from the course, I managed to get home to Ireland recently. I had planned the trip a while back and though I brought my clubs they never left the house! I just enjoyed Irish living, hanging with family and friends in same old Jordanstown. It wasn’t all smooth sailing though. I flew back Aer Lingus from Dublin to JFK but when I got off the flight in New York my JetBlue flight to Savannah had been cancelled. They weren’t going to be able to get me home for another day and a half and I was going to have to fly from a different side of New York. It was just a big mess. I ended up cancelling that flight and getting another one on American who I normally fly with. Then I tried to pick up my baggage and they were telling me that was going to take two hours so I was going to miss my other flight on American anyway. I got home safe, five hours after I’d intended and I’m just thankful that it happened on a trip home and not in tournament week. Don’t be fooled, it’s not always sunshine and rainbows out here! 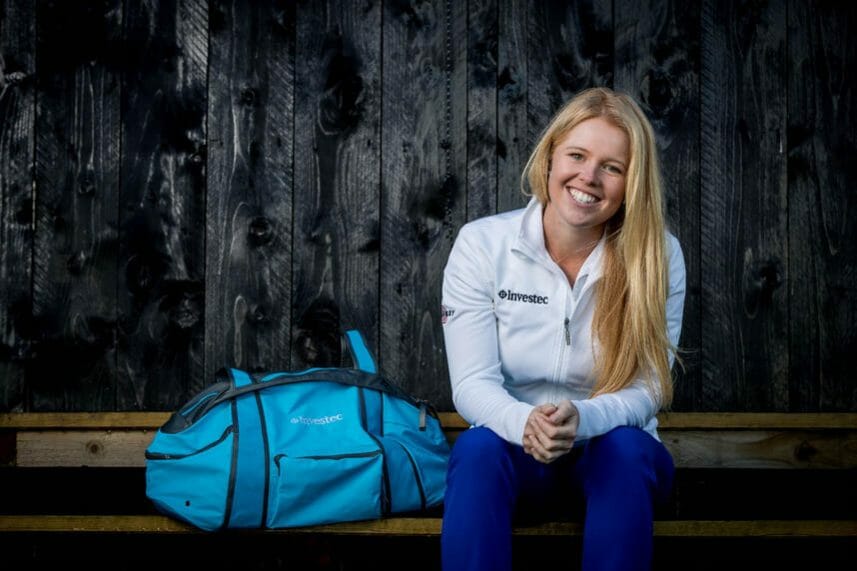 As I write this I’m in Phoenix for the Founders Cup and a little dissapointed after missing the cut. The course should have suited my game. It played quite short – par fives reachable in two with fast greens putting an emphasis on accuracy. The girls went super low this week so now its a few weeks off working on my game back in Scottsdale. I have decided to play a Symetra event the first week of April to keep my tournament flow going and I’ve got plenty of Grey’s Anatomy to catch up on to help me unwind at night!

Hopefully you have some really good golf to look forward to. I’m really excited to be playing some full tournaments at this point of the year and giving myself a chance to really compete. I’m just so pumped to have some playing opportunities on the LPGA Tour and here’s to