Third time lucky for Lowry at the Masters 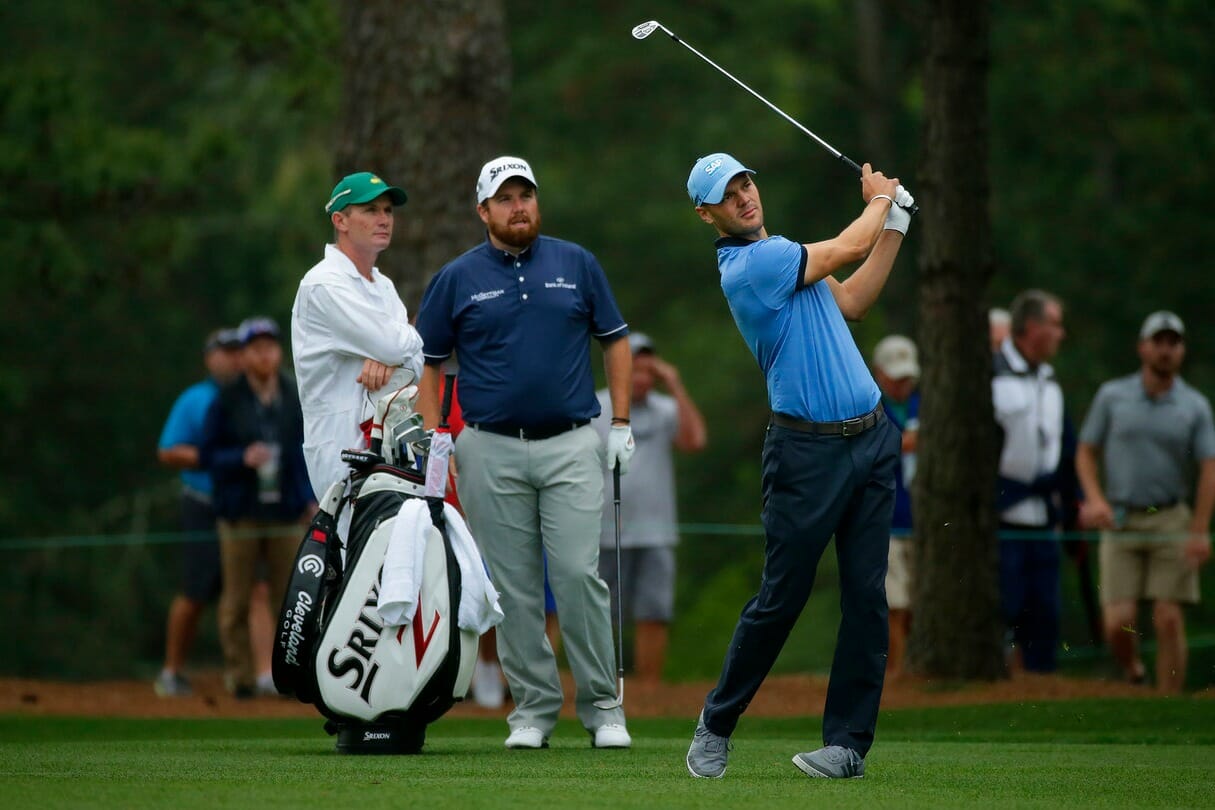 Shane Lowry is making his third appearance in the first Major of the new season after having missed the cut on his Augusta National debut in 2015 and finishing just inside the top 40 a year ago.

Having qualified for this years Masters by ending 2O16 inside the world‘s top 50, the Clara man currently finds himself as the World No. 63 and is looking to kick-start his season on the big stage this week.

Yesterday Lowry joined double Major winning Martin Kaymer and Alex Noren for his first official practice round that was hampered by weather delays. The trio were forced from the course just before 12 noon local time having managed just 15 holes when a tornado warning meant the course was closed. “We were aware of the forecast before playing and I said we may as well try and to play as many as we can,” said Lowry. “I  knew we weren’t going to get 18 so it was nice to get 15 holes in.”

In his two prior Masters showings Lowry carded a 75 and 72 in 2O15 to miss the cut by just a stroke on his debut appearance while a year ago he played all four days with rounds of 76, 73, 78 and 75 to share 39th spot and recorded a hole in one on the 16th. Third time around the Clara man now knows what to expect for the week ahead, “I was talking with Dermo (his caddie) about it today that there’s nothing new to it coming back to Augusta for a third time,” he said.”

“You know where to go and where not to go. Sometimes it is better not knowing where not to go but it is there in front of you now and you just have to try to make good shots. It is one of those courses where you have to try and hit as many good shots as you can and see where you finish at the end of the week. Sometimes you might hit a good shot and get a cruel bounce and sometimes you might hit a bad shot and get a decent bounce and that’s kind of the way it is.”

Lowry celebrated his 30th birthday earlier in the week and what better way to celebrate than a round at Augusta National.
“I got here Saturday evening and was out here playing Sunday and then Monday, there is no other tournament in the world you’d do that for. I turned 30 on Sunday and playing Augusta National is one of those things, if you’d told me that on my 18th birthday I wouldn’t have believed you. Any day you play Augusta is a good day.”

With the birth of his daughter last month Lowry has contested just five events this year with his best finish a tie for 14th at the AT&T Pebble Beach Pro-Am in January but he is confident he can kick start his season ahead of the first Major of the year.
“I know I haven’t had that many good finishes, but I feel like I’m doing all right,” he said.

It’s 50 years ago this week since JB Carr became the first Irishman to tee it up at The Masters and when Lowry was asked if he can become the first Irish winner at the Masters, his answer was instant, “No reason why not. Yeah, no reason why not,” he said.
Lowry plans to play a further nine holes today then nine on Wednesday before he plays the Par 3 tournament.