Rahm hoping to add to Spanish record at Augusta National 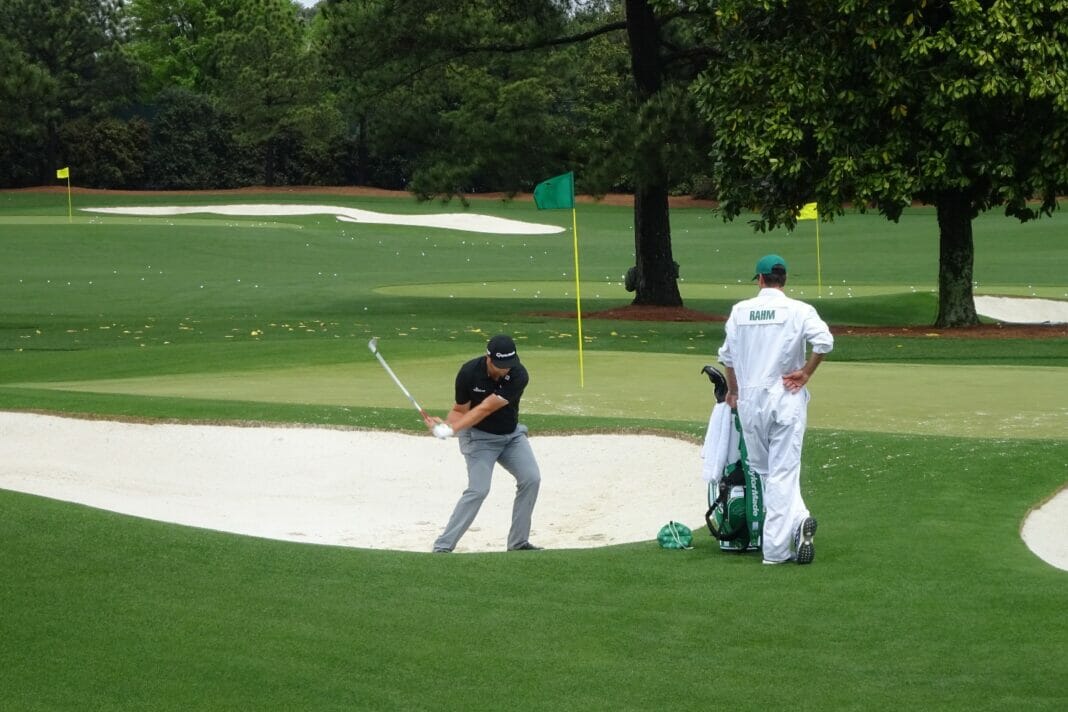 What a year 2017 has been for Jon Rahm. He earned his invitation to Augusta National with his first career PGA TOUR victory at the Farmers Insurance Open earlier this year and followed that with three top 5 finishes, including a very impressive showing at the WGC Dell Match Play just a couple weeks ago.

The pressure of being listed as one of the pre-tournament favourites is one thing but Rahm is feeling a different pressure this week, the pressure of being a Spaniard at The Masters.
“For a Spaniard, it’s hard to explain all the feelings that come to mind. The year I was born, Olazábal won his first Masters.  Seve had already won two.  It really is a place that seems to suit the Spanish game character, the Spanish way of playing.”
“Obviously, I’m extremely honoured to be here.  There’s not many places in the world where golf is respected the way it is here.  And it’s really, for people like me who just turned pro, and I’ve seen a lot of great places; it doesn’t get much better than this. I have just had the hour of my life and that was just being on the chipping green.  It really is amazing just to walk down Magnolia Lane and feel how well respected the game of golf is.“

History says experience counts for a lot around Augusta National but in recent years, Jason Day and Jordan Spieth have both come very close to winning The Masters as a Rookie. Rahm knows it has not been done since Fuzzy Zoeller won on his first time out in ’79 but he seems confident he can grasp the opportunity and is looking for some Spanish experience this week.
“I’m hoping to play with Olazábal on Wednesday morning.  Obviously there’s not many players alive that know more about this place than he does.  Hopefully I can play a little bit or spend some time with him to chat, and I know he will give me some valuable info on pretty much every single hole.”

“Augusta National certainly suits my eye.  I usually like putting on places like this where you know that you have a lot of break and it just makes it a lot more fun and gets the creative side out of me.  I know I’m probably going to enjoy this week a lot.”
“If I didn’t think I could win it, I wouldn’t be here.  Truly, Torrey Pines is not one of the places rookies usually win for the first time and I was able to do it.  Obviously this is different.  It’s a major and my first time in Augusta.  It’s very, very impressive.  I’m going to tee it up believing that I can win, competing to win.  I might do it; I might not but that’s how I do it.  That’s what I did at Torrey Pines and that’s what I did in my first time as a pro at Congressional and that’s how I play.  When I tee it up, it’s just because I want to win and I believe that I can win.”

On Masters Sunday Seve will be celebrating his 70th birthday and Rahm will be hoping for some Seve magic if he is in the mix.
“You know, the name Seve Ballesteros is really important for me. Sunday is going to be special, if I have a chance on Sunday, I know he’ll be out there, much like at Medinah hopefully helping me out to get the green jacket.  I know he’ll be out for the entire week but hopefully on Sunday he can make me a special present.”