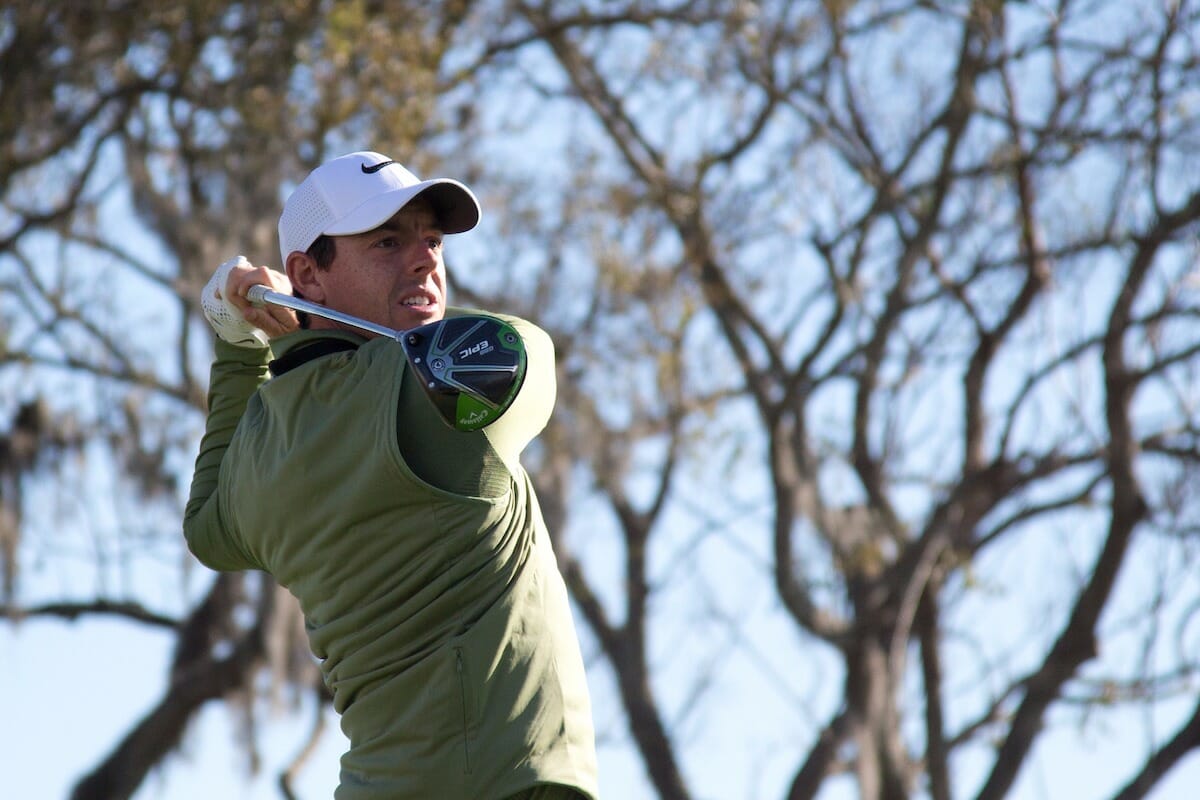 Rory McIlroy has ruled out competing in Houston the week before the Masters despite continued disappointment in his game post the second round of the Arnold Palmer Invitational in Orlando.
McIlroy fought back from a horror start and then a mid-round wobble to shoot a one under par 71 and head to lunch just inside the top-50 at one over par.

The World No. 3 had spent some 40 minutes on the range late on Thursday post his 74 only to emerge on day two to bogey his opening two holes, and each time after failing to find the fairway.
He picked a first birdie at the par five 12th hole, or the third of his round, in landing his third shot to just three feet ahead of McIlroy’s highlight to his round in holing a 30-footer for an eagle ‘3’ at his seventh.

But McIlroy quickly gave shots back at the next, the par three 17th on the card, when his tee shot was short in the water in taking a double bogey.
McIlroy then played a brilliant 140-yards second shot to just 10-feet for birdie.
However, there was just one birdie at the par five third hole or the 14th of his round, when he chipped from the back of the green to near 10-feet, squeezed in among eight pars.
“I am excited to be here but I was thinking after my start this morning I could be back home for lunch,” said.
“But then I sort of battled back and I just fought, I sort of I fought a little bit of everything over the past couple of days. “So, it’s been a little bit of a struggle, which I didn’t really anticipate coming in here. I felt I was hitting the ball well in practice, putting it good, just haven’t really been able to piece it together. “At least I’m here for the weekend and got two more days to try and improve on what I’ve done so far.” 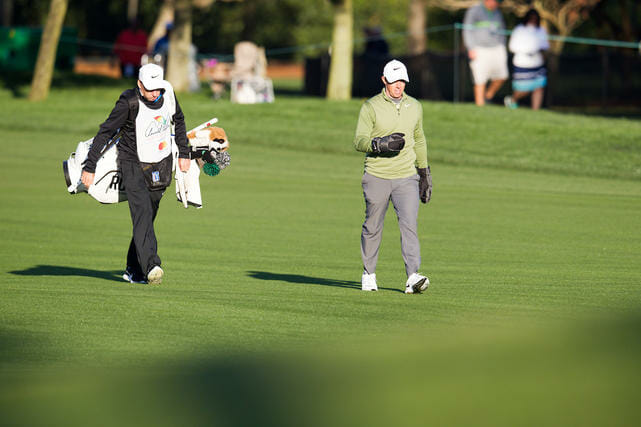 McIlroy is contesting only his third event of the New Year having finished runner-up in the South African Open, and despite carrying a stress fracture in a rib, and then was T7th last week in the WGC – Mexico Championship.

It means he will have played just three events heading into the April 6th starting Masters at Augusta National, and also the least amount of tournaments in any year in what will be nine appearances in the year’s first Major. But with just the Shell Houston Open on the schedule between next week’s WGC – Dell Match-Play Championship and the Masters, McIlroy has ruled out playing a fourth event in a row in America’s fourth largest city.

“No, I have never thought about playing Houston as I will never play four tournaments in succession,” he said. “I’m playing here this week and then in Austin next week, then week off, and Augusta so I won’t be tempted to be in Houston. “If I did play the Shell Houston Open that fourth week in a row for me will be my biggest tournament of the year.
“So, in saying that I now have the opportunity this week to get two good scoring rounds under my belt.”