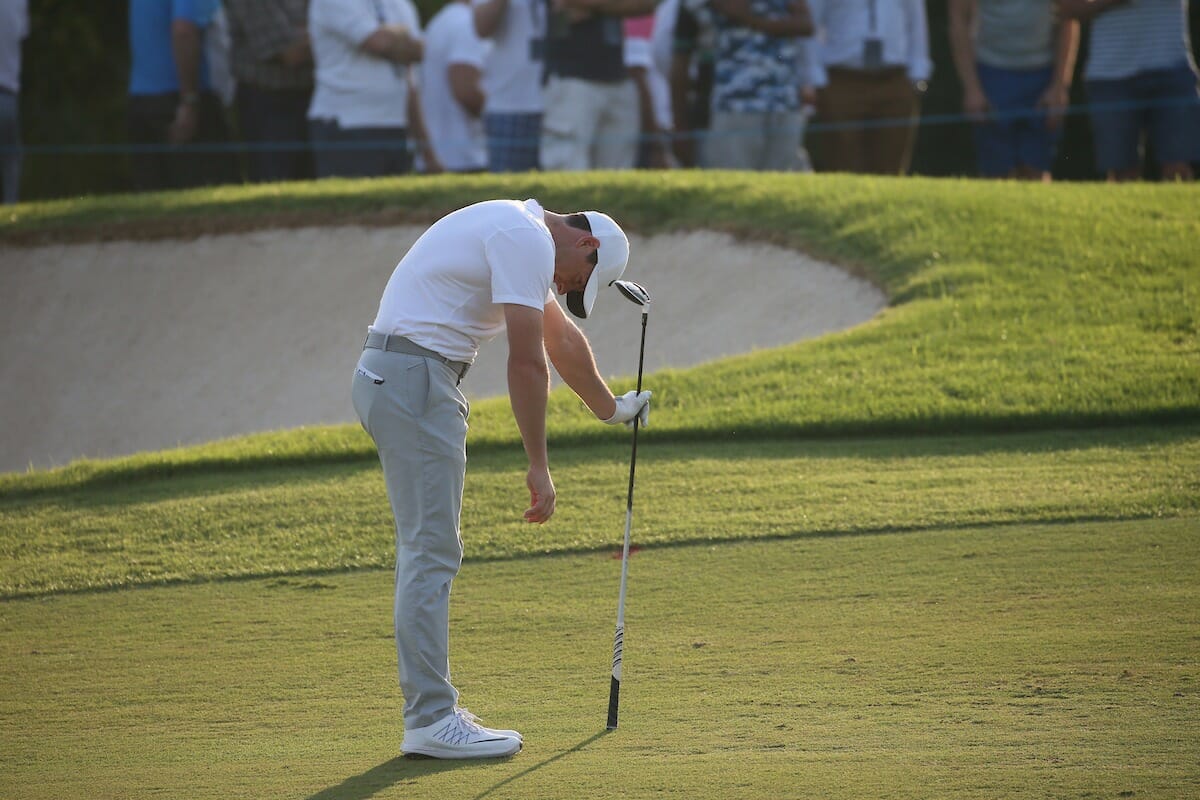 Rory McIlroy was headed straight for the Bay Hill practice range after he struggled to keep sight of the leaders on the opening day of the Arnold Palmer Invitational in Orlando.

McIlroy was cruising nicely at one under through nine holes when he proceeded to drop three shots in two holes, including taking an 11th hole double bogey to be well down the board on day one of the Palmer tribute tournament.

Argentina’s Emiliano Grillo shot a five under par 67 to enjoy the clubhouse lead for much of the day having teed-off in a bitterly cold start to the $US 8.7m event that he likended as ‘it was more like British weather out there’.
He was later joined by England’s Matthew Fizpatrick who made the most of his maiden appearance and matching Grillo’s round that was highlighted by back-to-back birdies at his ninth and 10th holes. Three players – Lucas Glover, Paul Casey and Smiley Kaufman – were next best with four under par 67s.

McIlroy was out in the afternoon half of the draw but it all came unstuck for two holes, first at the 10th where he took bogey from the middle of the fairway and just 76-yards from the hole.
Then at the next, the par four 11th, McIlroy put his fairway bunker second shot into the water guarding the green and then after adding a penalty to a further three to get down.

But McIlroy showed his class sending a laser-like 146-yard second shot at the 13th to less than two feet for birdie. He then ended his round with a bogey at 15 holing a 10-footer for birdie at 16 but then dropping a shot at the last.

“Its very disappointing” Said McIlroy after his round. “I didn’t hit the ball really the way I wanted, I lost a few shots to the right, put myself out of position quite a few times”
“I was playing okay, I was managing it. And then I felt like I hit two good shots into 10 and walked off with a bogey there. And sort of a bit of a mental mistake at the next, I sort of let that linger a bit, and made double. 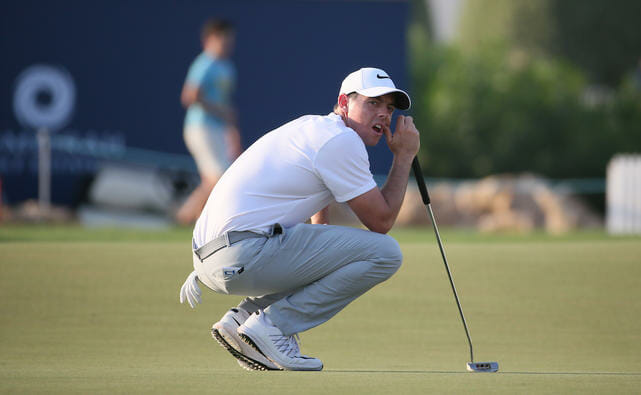 “But, no, the course is playing pretty tough this year, but I feel like today I, even though I didn’t play my best, I should have shot something under par, I guess.
“So I am going to go work on a couple things on the range tonight and hopefully straighten it out for tomorrow”. When asked what he was going to work on McIlroy replied, “Just my upper body’s just sort of outracing the club and I’m sort of leaving the club face open and I just need to sort of square it up,”

“I hit a few better shots on the way in, so just try to get a few more of those feelings on the range and try and hit it better tomorrow.”
“Short game has been — well around the green — I didn’t putt very well today, I didn’t hole much, but chipping was pretty good, bunker play, that stuff was decent, but I just need to put myself in position a little bit more off the tee and if I can do that, then I’ve got chances to score”, he said.