Power brushes aside any pre-event uncertainty at Valspar 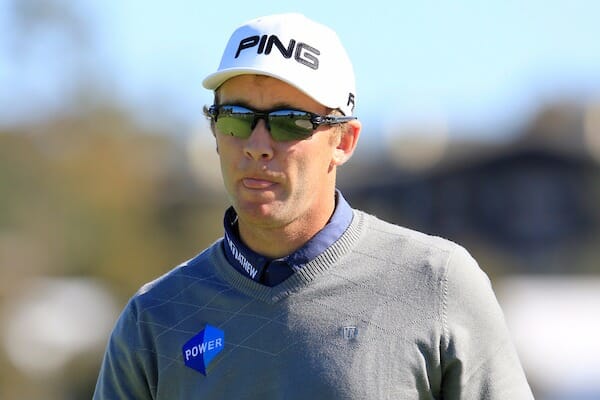 Seamus Power put aside any early event uncertainty by taking the sting out of the ‘Snake Pit’ on day one of the Valspar Championship, posting a five under par 66 to finish a superb fifth.

Power capped his round, using a new 3-wood he put in his bag, by sending a laser-like 270-yard second shot to just six feet and sinking the eagle ‘3’ putt at the par five 14th he was playing as his fifth on the Copperhead course at the Innisbrook Resort.

Power woke-up on Monday expecting to be teeing-up in a qualifier for the $US6.3m event before getting a phone call from his manager to advise he was in the tournament proper.

“I just wasn’t sure if the guys finishing top-10 last week in Mexico would put me out from competing this week, and while I still didn’t know, my manager rang the Tour and sorted it out,” he said. “So, I woke-up Monday morning knowing I have a 1pm tee time for the qualifier for this event but after the call I was very pleased and now I have to make the most of my opportunity.”

“Given my status year you just have to make the most of every day you play and to come here for a first time and shoot an eagle and five birdies will certainly make that late lunch even that more enjoyable.”

Power had birdied his second and after the eagle, he birdied his sixth but a bogey at 16, the first hole of three holes that make-up the famed ‘Snake Pit’, he birdied the 18th or his ninth to make the turn in four under par.

A bogey followed at his 12th before birding the fourth par five of the course at the fifth or his 14th and then generating big applause as he rolled in a 38-footer for birdie at his final hole.

“When I saw this course it just suited my eye and it’s also so different to golf courses you are used to playing in Florida,” he said. “And when it comes to my short game, I can see everything so much better while I always feel my course management is good and it paid off today.”

Graeme McDowell, the only other Irishman in the field, was out in the afternoon half of the draw and carded  a +4 round including 3 double bogeys and four birdies.