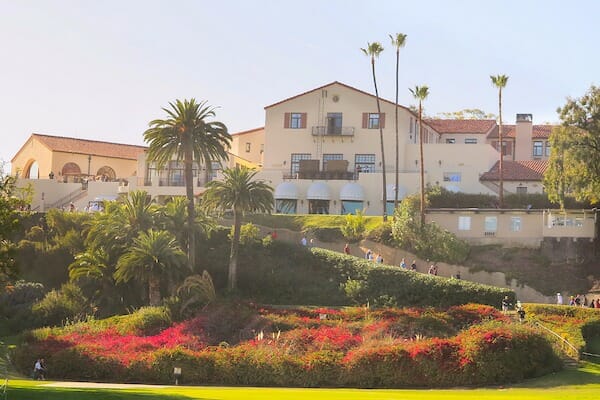 We’re lucky in Ireland to be able to play our top courses, it’s not quite as easy elsewhere.

It’s always wise to remind oneself that access to great golf courses in Ireland is easier than anywhere else on the planet. Sure, the odd club looks for northwards of €200 when charging full rack rate; but they are a rare breed that come with world class pedigree. Anyone can play them if they turn over the cash.

On the other hand, the top courses in the States can’t be accessed so easily. Most of them are private, many of them don’t want publicity and so they are infrequently heard of and almost never seen on our television screens. For those armchair addicts among us, Riviera, host to the annual LA Open, is one of the few classic courses that we get to feast our eyes upon year after year. It’s a private course, only for members and their guests. It’s also eye wateringly expensive to play, even if you do find yourself with an invite that gets you through the front gates. If you still need convincing how lucky we are on these shores, then you need to venture out more.

Fortunately, I had the chance to play Riviera recently. Even more fortunately, my green fee was waived. As expected, I found a club rife with history and old Hollywood glamour, much of which adds to the aura of exclusiveness. The course itself is the real star however, a bone fide original that deserves its name up in lights with the many famous members that grace its fairways.

It has an unusual and not altogether promising setting. Laid out in the 1920’s by “Captain” George Thomas Jr., it occupies a flat basin of land overlooked by imposing, outrageous mansions. The site’s main redeeming feature is a natural barranca that runs through the middle of the course. Long since dried up in the Californian drought, this ravine creates variety and shot angles so masterful that they should be required study for anyone interested in course design. It commands attention right from the first tee shot which is one of the greatest in golf, from up high in front of the clubhouse, way down in to the coliseum below. One almost expects to hear a cry of “Let the games begin!” as the ball is cracked towards the distant skyline.

The all year round sun necessitates one of the few negatives that could be levelled against the course; the need for Kikuyu, a warm season, broad-leaved grass that hinders the running game that we’re so used to on our firm and fast Irish links. But to pause on that sticking point for more than a moment would be to do a disservice to Riv’s piece-de-resistance: its bunkering. There isn’t a course anywhere in the world with a more strategically positioned bunker scheme than Riviera. Choices need to be made on every hole, dead ground and deception is common, the brain needs to hold court over brawn. Witness the Redan styled par-3 fourth, where the ideal shot is far to the right of the green, allowing a kick-plate to feed the ball down to the putting surface; or the long two shot ninth, where drives are pushed left into danger if the carry bunker isn’t met head-on. Not to mention the short sixth with its bunker in the middle of the green, mimicked but never equalled by subsequent designers, including Norman and his now deceased effort at Doonbeg. The seventh, eighth and eighteenth are other standout holes but it is the tenth that is universally considered as the best short par-4 on earth. And whilst it may be short, it is wide – very wide, almost 100m near the landing zone. Combined with the bunker placement, which cajoles and double-bluffs the weak-minded player, this width enhances the fiendishly difficult green, off-set and sloping away from the natural approach angle, only 10m across and surrounded on three sides by hazards best avoided. It is a cracking hole, truly visionary and like the sixth, much copied but never surpassed.

For those of us watching at home, the LA Open should be savoured. It’s not often that a course of such quality graces our weekend viewing schedule. My game wasn’t up to much that day; I was too much in awe of the architecture. As we stood on the 12th tee, my playing partner told me about an alleged spat between Julie Andrews and Mel Brooks, next door neighbours whose enormous villas towered over us at that very moment; but my focus was already on the fabulous looking green site up ahead. A story was there too: Humphrey Bogart used to sip bourbon under the sentinel tree that stands guard over it, watching closely as Hogan, Snead et al passed nonchalantly by. Riviera appears to be full of these tremendous tales. As I headed back through the front gates after my round, it felt like I was leaving a different world, a product of the roaring twenties when film and golf design were at their very best. Driving along the Pacific Highway, I was already savouring the memories; and already reminding myself how fortunate we are to be golfers on this open-to-all little island of ours; where great golf isn’t preserved just for the privileged few.