Spieth back in the winner’s circle with flawless display 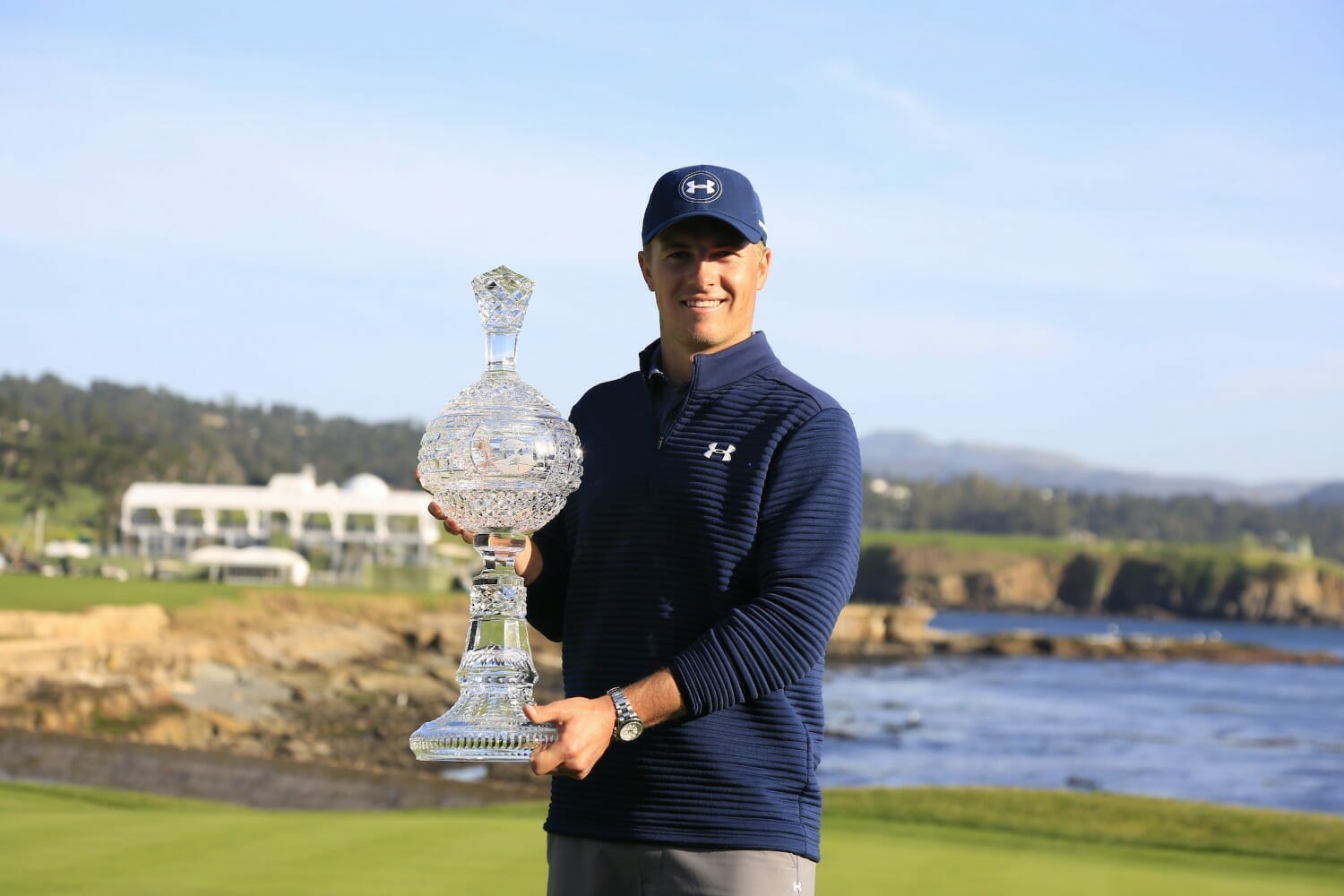 Jordan Spieth soaked up every step of scenery on his victory walk up the 18th hole at Pebble Beach.

Starting out with a six-shot lead, Spieth never gave anyone much of a chance by putting for birdie on all but one hole. The lone highlight was his 30-foot birdie putt on the 17th hole with the Pacific Ocean as a backdrop, and by then it was already over.

He closed with a 2-under 70 for a four-shot victory over former U.S. Amateur champion Kelly Kraft. What was the secret to guarding a six shot lead ? Be as boring as possible, and Spieth was.
He birdied the par-five second and had to wait until the 17th, where he holed a 30 footer for his second birdie, as flawless a 70 you are likely to see.
“That’s a dream round when you’re leading by a bunch”
“I played a lot of boring golf today,” Spieth said, “which was exactly what we needed.”
The 23-year-old Texan won for the ninth time in his PGA TOUR and became the first player since Tiger Woods with that many victories before turning 24.
As easy and clinical as Spieth made it look, it was still very special.
“This is a bucket-list place to win — here, Augusta National, St. Andrews, there’s only a few in the world. It feels really special. It was amazing walking up the 18th green knowing that we were going to win. It’s just such a unique position. I tried to soak in.”

Spieth now has four top 10s in his four starts this year and already appears to be peaking as the Masters gets closer. He has shot under par in all 16 rounds he has played this year, 17 in a row dating to the TOUR Championship last August.

The only disappointment for Spieth was not winning the pro-am with country singer Jake Owen. They tied for third, four shots behind Ken Duke and Carson Daly.

Further down the leaderboard Shane Lowry also shot 70 to win $108,160 after another excellent week from tee to green. Lowry who has struggled a bit to find form on the greens had 32 putts in the final round but finished strong with just 13 on the back nine and moved up to 76th in the FedEx Cup.