Willett takes control as ill Turner slips back in Malaysia

It was a tough day for Niall Turner Maybank Championship in Malaysia as food poising overnight left him very ill and weak during his third round.
The Muskerry followed up his opening two rounds of 68 with a 71 with a disappointing 77 to drop 46 places earlier today.

Turner reached the turn in 37 which still had him in a very good position but then disaster struck on the Par 4 10th, a hole he had birdied the previous two days. He carded a treble bogey seven and followed this up with a double on the 15th to come home in 40 and drop back to level par for the tournament. 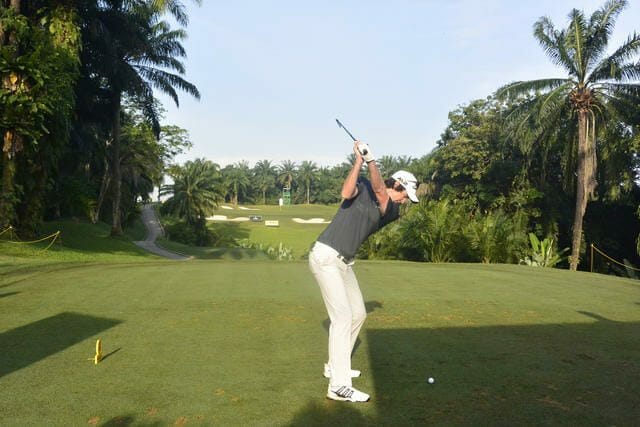 At the top Danny Willett will go in search of a first European Tour title since his victory at the Masters Tournament as he takes a three-shot lead into the final round.
Willett heads into Sunday at 16 under, three shots clear of American David Lipsky and four ahead of Frenchman Alexander Levy, the first time he has led by more than one shot after 54 holes.
“It was up and down, I’d have taken a 67 at the start of the day, it spreads the top five and top six guys out a bit more and further away,” he said.

“I’m probably going to go hit a few and make a few little minor tweaks here and there and try to get the driver to where it’s been most of the week.
“I’m not sure what will win it to be honest, depends on if we pitch up and it’s flat calm. I think there’s a few guys that can go low if it’s windy like this.
“One or two under par is a good knock out there so I think it all depends on the weather tomorrow.”

The Englishman had the most successful year of his career in 2016, winning twice including that triumph at Augusta National as he finished second in the Race To Dubai.
That does not tell the whole story, however, and Willett admitted he struggled to find that early season form as he recorded just one top ten in his final 13 events of the season.

Some hard work over the Christmas break has helped to restore confidence and, after rounds of 66-67-67, he is in pole position to move back into the winner’s circle at Saujana Golf and Country Club tomorrow.