Turner on the march in Maybank Championship

Niall Turner’s return to Asian Tour action after a season long injury last year may not have gotten off to his desired start with two missed cuts but he is certainly capitalising at the Maybank Championship in Malaysia.
The Muskerry man was out for five months following a hip injury but he followed up his opening round of 68 with a 71 earlier today to take him up to a tie for 19th on 5 under par in the $3M event.
Speaking ahead of this week’s event the 33-year old said “The good news is that my hip issues are a thing of the past, thankfully. So I’m really looking forward to the Maybank Championship this week.”

Seven strokes ahead of Turner at the top of the leaderboard, Bernd Wiesberger produced a remarkable run of nine birdies in a row as he fired a 63 to take the second-round lead.
The 31 year old entered day two at Saujana Golf and Country Club six shots off the lead but that incredible sequence of gains from the seventh to the 15th got him to 12 under and handed him a one-shot lead over Masters Tournament champion Danny Willett.

No other player in European Tour history had ever made nine consecutive birdies in the same round but, with preferred lies in place this week, Wiesberger will not take his place in the history books. 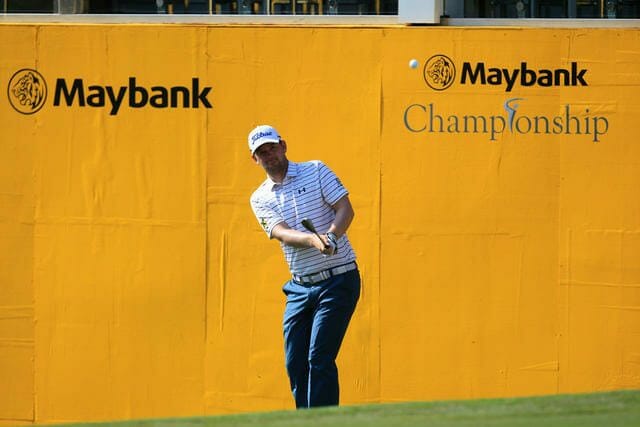 That is unlikely to take the gloss off a brilliant performance, however, as he goes in search of a fourth European Tour victory.

“I felt a bit beside myself to be honest, I just kept it going, I felt like I was on a good run and I felt comfortable pretty much the whole day after my bogey on four.”

“I hit really good shots and I just felt calm out there. It felt kind of natural, I hit pretty good shots and really only holed two long ones which were the last birdie of the nine on 15 and about a 20-footer on 11.
” I just hit them pretty close and felt like I had a good idea of what the ball was going to do on the green today again which was nice.” – Bernd Wiesberger
Marc Warren entered the day with a two-shot lead and but finished with a triple-bogey to card a 75 and drop back to 14th at 6 under.