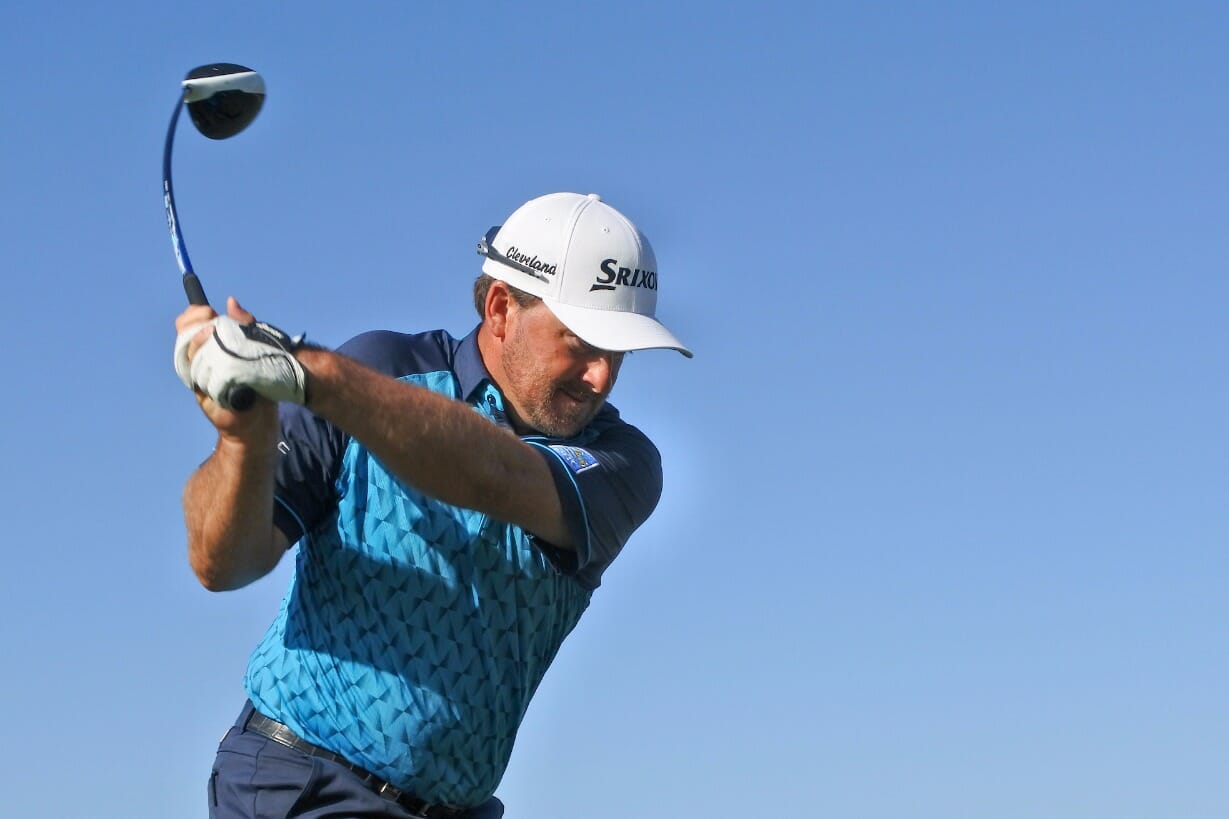 Graeme McDowell knows will need a very low round to win the Omega Dubai Desert Classic but after a third round 68 he is very happy with the start he has made to his 2017 season.
Sitting in a tie for 11th McDowell lies eight shots off the lead but is only two off the top 5 so a strong Sunday finish is well within his grasp.
“I know I am going to need a low one tomorrow but I do feel it’s out there” said McDowell. “I really had it going out there today on the front nine which is the tougher of the two sides but I just couldn’t take advantage of the par 5s on the back side. It’s a little disappointing not to improve on such a good front nine but I am very happy with the way I have started the season”
“I am looking forward to getting out there again tomorrow and try to post a number early and see where that takes me”
Sergio Garcia will take a three-shot lead into the final round but he will have Open champion Henrik Stenson breathing down his neck at Emirates Golf Club.
On a day of catch up in the UAE following Friday’s wind delays, Garcia birdied his 31st hole of the day in darkness to move to 16 under as he goes in search of a first European Tour title since the 2014 Commercial Bank Qatar Masters.
Stenson also played 31 holes in completing rounds of 68-67 to get to 13 under, two shots clear of Prom Meesawat and Ian Poulter.
Garcia and Stenson and will both be looking for their 12th title after Saturdays 31 hole marathon ended in near darkness.
“At the end it was very, very dark, I’ll tell you that,” said Garcia. “When we were walking on 17, I thought, well, it will probably be a little dark but not too bad.
“But then it gets dark very, very quickly here. I couldn’t really see much on the last three shots. I pretty much couldn’t see the ball land and the last putt was a little bit of a feel and a little bit of the read that George gave me and I’m very fortunate to be able to make it.”
“It wasn’t easy, a little shaky here and there at the beginning but the back nine was great. A lot of good shots, a lot of good putts.”
“I have a chance of winning the Omega Dubai Desert Classic which is a great event. I’m going to give it my all tomorrow.”

Paul Dunne carded a level par 72 today and is in a tie for 54th ahead of tomorrow’s final round.