Torrey Pines Cuts Day, DJ and Woods Down To Size. 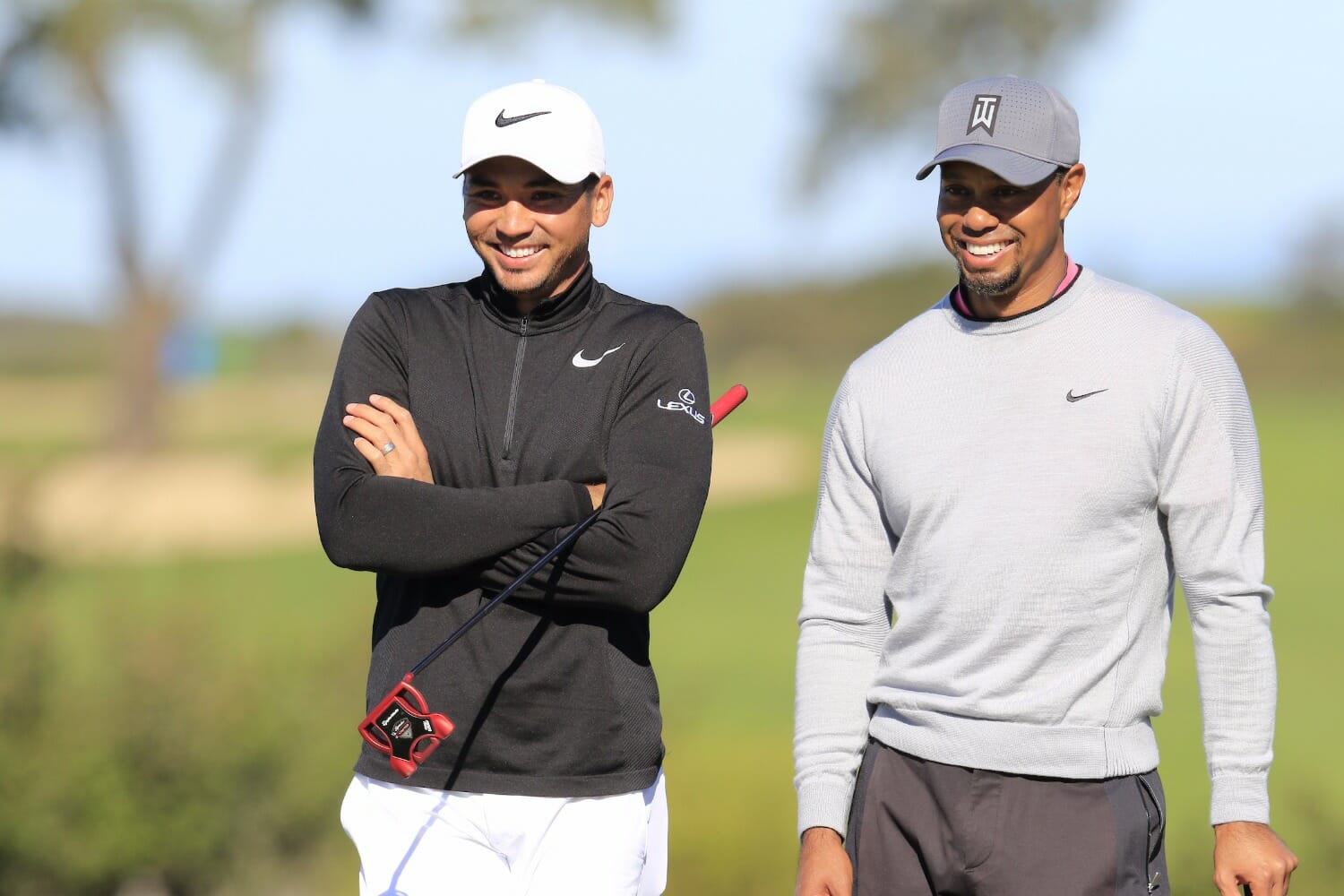 Torrey Pines Cuts Day, DJ and Woods Down To Size.

However all three failed to read the script with World No. 1 Jason Day, World No 3 Dustin Johnson, and Tiger Woods each missing the even par cut, and with Woods ending a 17-month Tour absence signing for a four over 36-hole tally.

It is only the 16th occasion in Woods long PGA Tour career and the first time in 16 appearances on the Torrey Pines layout he’s not contested all four rounds.

Woods played better Friday on the ‘easier’ North Course, which he had only played on Pro-Am day, finishing even par but missing a makeable birdie on his final hole.

“Positives for these two days are its my first round back, I lost it in the middle yesterday but today I came out and was playing, flowing nicely with some things fixed,”  Woods said.
“It’s frustrating not having a chance to win this tournament. Like everybody, I’m trying to get ready for the for the first full week in April.”
“My round today was much better than yesterday, I hit it better as I made a couple of little tweaks and changes in swing and my set-up with Joey. We were talking about it and doing it while playing.  “We’re still rusty as a team together. We haven’t really been out there competing, playing together. He’s seeing my game at a different speed and tempo. I’ve made some nice strides, just wish I could have played the weekend as I love this golf course.”

“I’ve made great strides in my game, big improvements  in course management  since the Bahamas, granted slashing it out of the rough all day yesterday wasn’t the best way to test!” Woods’ wayward driving was consistently putting pressure on the rest of his game. Woods felt, “I had some beautiful putts that didn’t go in and it would have changed the momentum–but no – it was close. Not for any of us- we talked about it on the back nine.”

Woods is now headed to the United Arab Emirates and Thursday’s starting Dubai Desert Classic and looking forward to the challenge of teeing-up on the Majlis course at the Emirates Club where he won in 2006 and 2008.

“I’m going to Dubai, I know the course, the greens, the putts, how it’ll play having played it in so many different conditions over the years,” he said.

“it’s nice going to a course you know, like the South Course here.”

All missed the cut Friday, but they all high fived Thursday when finally all birdied 18 on the South…Surely they will be teeing it up again together before Augusta, great for TV and fans were wowed.