Tyrrell Hatton will take a one shot lead into the final round of the Abu Dhabi HSBC Championship, but he will have two Major Champions in close pursuit as he bids for a second European Tour victory.

The Englishman moved to 13 under par at Abu Dhabi Golf Club courtesy of a third round 68, edging one shot clear of a group of five players which includes US Open Champion Dustin Johnson and two-time Major winner Martin Kaymer.
“I didn’t do a whole lot of practice over the winter. I spent most of my time playing Xbox and chilling out at home to be perfectly honest, so it is a little bit of a surprise to see where I’m at this week, but I’m very happy with one round to go.”
Hatton added, “Obviously there are big names are up there, so I’ve just got to focus on my game and try and play as well as I can. I love this place. It’s one of my favourite events of the year, so hopefully I can go out there tomorrow and have a good day.”

American Johnson posted the lowest round of the day – a superb eight under par 64 which featured an eagle three on the eighth hole, remarkably the only par five he has made better than par on so far this week.

“I played a little bit better today. The biggest difference was I drove it better. I hit a lot more fairways today than I have been. I holed a few putts. I have still have yet to birdie a par five, but I did make an eagle on eight today. I chipped one in. It was a really solid round.” Said Johnson 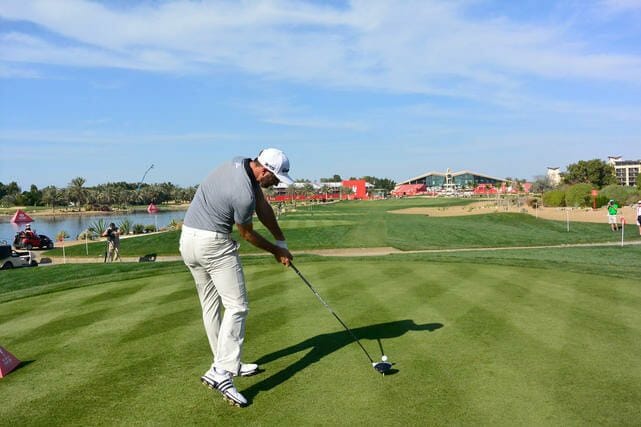 Overnight leader Kaymer, a three-time winner in Abu Dhabi, returned a level par round of 72 to stay on 12 under par and keep in contention for a fourth Falcon Trophy, while 2014 winner Pablo Larrazábal (69), Thailand’s Kiradech Aphibarnrat (70) and England’s Tommy Fleetwood (70) complete the group in a share of second place on that mark.

It was a tough day at the office for Paul Dunne as he fell 14 places to 17th following a third round 73 leaving him four shots off the pace with the big names all gathering at the top of the leaderboard. 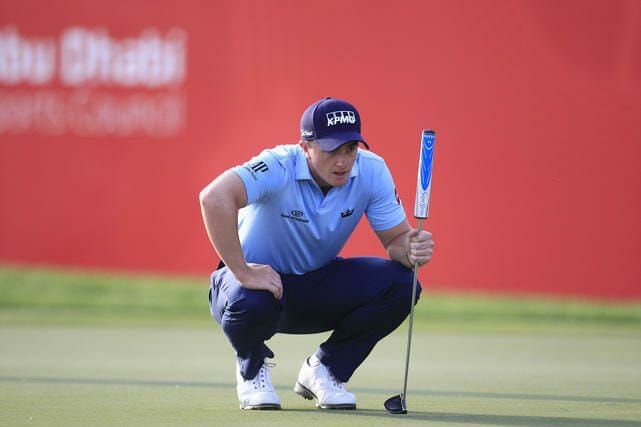 There are 15 players within three shots of the leader, including Open champion Henrik Stenson, four-time 2016 winner Alex Noren and 23-time European Tour winner Lee Westwood. They will all be chasing Hatton who is seeking to make the perfect start to 2017 after ending his 2016 campaign by finishing runner up in the DP World Tour Championship, Dubai – his seventh top ten finish in 11 appearances, a run which included a maiden European Tour victory in the Alfred Dunhill Links Championship.