Power still in touch after second round in California

Seamus Power is making the most of his early season PGA Tour appearances. An opening round five under par 67 on the Nicklaus course followed a two under 70 yesterday on the Stadium course to remain just inside the top 25 in the CareerBuilder Challenge in California.

North Carolina-based Power is contesting his seventh event on the 2016/17 wraparound schedule and after missing the cut in the opener he has played all four rounds in the following six.
Power is contesting this week’s $US 5.8m event for the first time and aside from the double bogey on the 15th on day one the 33-year old looked very much at ease.
“It’s the first time I have played here at La Quinta and I have giving myself a good start “
Power has the easiest of the three courses to play tonight and knows he needs to go low to climb back up the leaderboard for a Sunday charge.

“Playing practice rounds I thought the Stadium Course was the hardest with this Nicklaus course the next hardest and the La Quinta Country Club probably the least tough of the three.”
Power is competing on the main Tour on a ‘conditional basis’ and while he will be limited in his opportunities it will be all about either winning a first PGA Tour title and/or finishing the year inside the top-125 on the FedEx Cup points standing and thereby securing his card for the 2017/18 season. 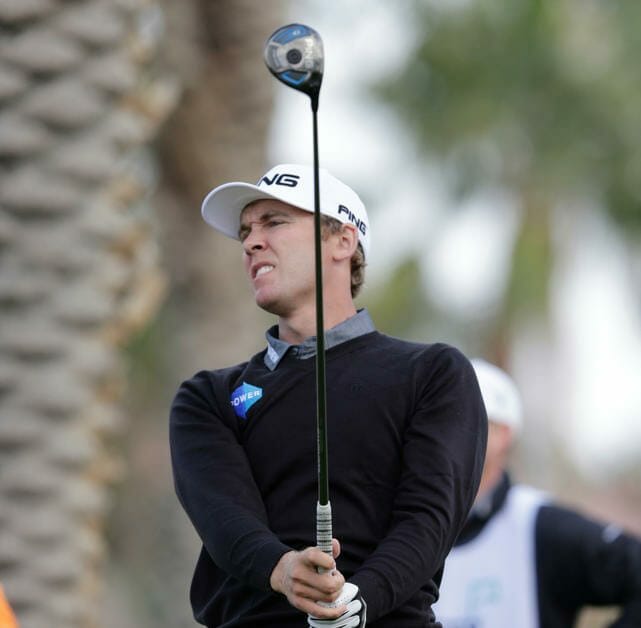 “I’ve made the cut in the last six of seven events I played before the Christmas break so I’ve come out here to California raring to go,” he said.

“I’m not qualified into next week’s event at Torrey Pines and also the following two weeks after that in Phoenix and L.A so it’s all about making the best of my opportunities and it’s pleasing to be standing here having played well.”

Another 67 tonight would put him well in the mix for a big Sunday finish.